As scientists of the Ivano-Frankivsk National Technical University of Oil and Gas testify, several factors affect the gas quality and the normal operation of a gas stove, boiler. They proved this by conducting several experiments with gas and gas appliances.

“We set ourselves the goal of refuting or confirming myths about the quality of gas and its use in everyday life. Indeed, there are a lot of them in society and the media,” said Maksym Karpash, candidate of technical sciences, head of the department of management, and technical diagnostics of IFNTUNG.

Myth 1. The kettle boils for a long time because the gas is "diluted."

Several factors influence the heating rate of water on a gas stove, scientists have proven.

First of all, clogging of gas appliance burners can steal more than 20% of gas efficiency. In particular, a liter of water boils on a clean burner of a gas stove in 9 minutes, and on a "clogged" one - 13 minutes. This is minus 22% in time and extra waste of gas. 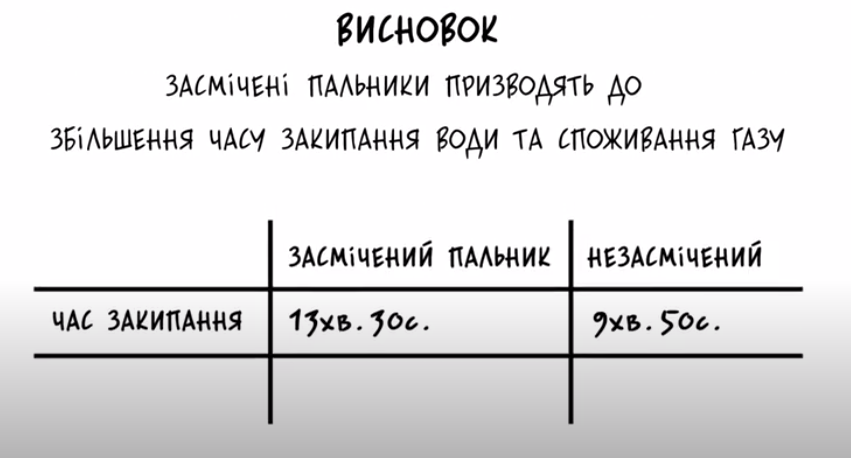 Another factor in the kettle boiling speed is the pressure in the gas network: the higher it is, the faster the water on the stove will heat up.

You may be surprised – but the speed of boiling water also depends on what material the container in which you heat the water is made of. In particular, it will boil faster in metal dishes than in ceramic ones.

Myth 2. If the gas burns orange, then it is of poor quality

In fact, air humidity affects the color of the gas, scientists say. The more humid the air, the more red the flame will be.

Also, the burner state, more precisely, its clogging, affects the color of gas combustion, especially if it is acids, soda, salt (they also burn orange).

Therefore, if you see a strange yellow or orange color from the burner of your stove - do not be alarmed, but go to ventilate the room and check the burners of the stove. 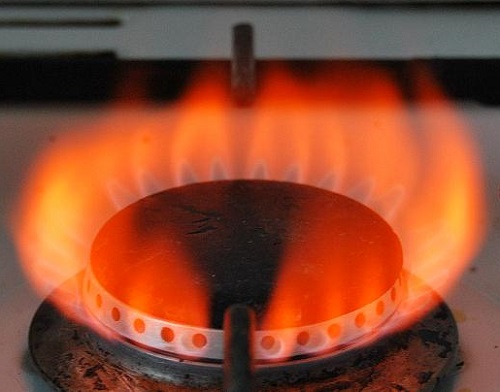 Myth 3. I spend more gas because it is "diluted."

Excessive gas consumption by gas appliances is directly affected by the level of carbon dioxide in the room.

Experience has proven that with an increased concentration of CO2 in the air by 4 times, you will burn 1 liter of gas more to heat 1 liter of water.

“When we burn the same gas, carbon dioxide is released. Plus - people breathe, especially if there are several people in the room. If a boiler, the oven is also used, especially old structures, carbon dioxide is emitted even more. If there is also poor ventilation at the same time, this greatly affects the excess combustion of gas. But more importantly, the high concentration of CO2 threatens human health,” explained Maksym Karpash.

Another accusation of "dilution" of gas is presented by those who burn a lot of it in a boiler and do not get enough heat in the house. In this case, we advise you to take care of the above-mentioned also about the building's good thermal efficiency and thermal insulation.

Read also: HOW TO INSTALL A GAS METER: FAQ

In fact, there are safety rules for gas supply systems, according to which the pressure cannot be below a certain level. And gas services do not have the right and opportunity to “reduce” it at their own request.

For gas supply to residential and public buildings, low-pressure networks are intended - up to 5 kPa.

The gas pressure in the pipe 2.4 kPa is considered normal. The minimum allowable value is 1.7 kPa, says Karpash. Simultaneously, the height of the flame in the burner is visually almost the same; the pressure can only be recorded by devices and not by eyes.

The pressure does not affect the gas flow rate (but it does affect the water heating time, as already mentioned).

The pressure fluctuation within the normal range depends on the increase in the load on the network. The more people use gas, the lower the pressure can be.

But if you see that the gas flame is extinguishing, most likely, your gas appliance burner is simply clogged. Well, or you turned off the gas, and you need to figure out why this happened.

Myth 5: Gas workers add all sorts of abnormal impurities to the gas.

People who are far from the topic often can hear that the gas is diluted with air. This is complete nonsense and astounding ignorance. After all, the gas forms an explosive mixture with air. If the air proportion is more than 5%, it is almost one hundred percent - an explosion. Therefore, gas workers do not exactly add air to the gas.

There are also "experts" who reproach that nitrogen is added to the gas. But this addition is unprofitable for gas workers because nitrogen is more expensive than gas (25-40 UAH per cubic meter).

“To produce pure nitrogen, you still have to suffer. And I don't know where the economy is. But even if we assume that they are pumping it there, it is not flammable. And if you add even 5-7% nitrogen to the gas (since I don't see the point in 0.5%), the flame simply won't burn,” Karpash explained. 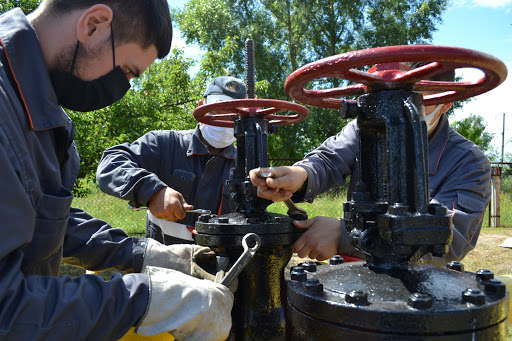 However, in Europe and the world, there is already a practice of adding hydrogen to gas. In Ukraine, such opportunities have just begun to be explored.

And now hydrogen has good prospects for replacing gas, says Maksym Karpash. But the problem remains unresolved - how to use pure hydrogen without carbon (after all, it is its combustion in hydrocarbons that gives us environmental problems). The question is how cheap and efficient it is to produce hydrogen because it is not found in its pure form in nature.

Read also: HYDROGEN INSTEAD OF GAS: RESULTS OF THE FIRST UKRAINIAN RESEARCH