It has been over a month since the beginning of the full-scale war. Russian occupiers have been destroying Ukrainian cities and villages, while public utilities workers, running on fumes, work hard to restore the electricity, heat, water and gas supply. 5 minutes is often the only time they have between shelling to work. But these people do it.  At every possible opportunity.

Kosatka.Media is telling the stories of those who work under fire in Kharkiv, Chernihiv, Sumy, Zaporizhzhia region. They are doing their job bringing us closer to victory.

“5 minutes between shelling. Sometimes that’s all we got”

I haven’t seen my family for a month. I haven’t been home since the beginning of the war. We stayed in Chernihiv even when rashists’ planes started bombing the city relentlessly.

Why didn’t we escape? Somebody must take care of the city that heroically stands up to the Russians. People ask how we do our work while being shelled and bombed. They destroy - we repair.

There are just 5 minutes to grab the tools. Then another salvo fire and another 5 minutes to cut off the damaged piece of pipe. Then 5 more minutes to weld a new one. Sometimes shelling starts during work. 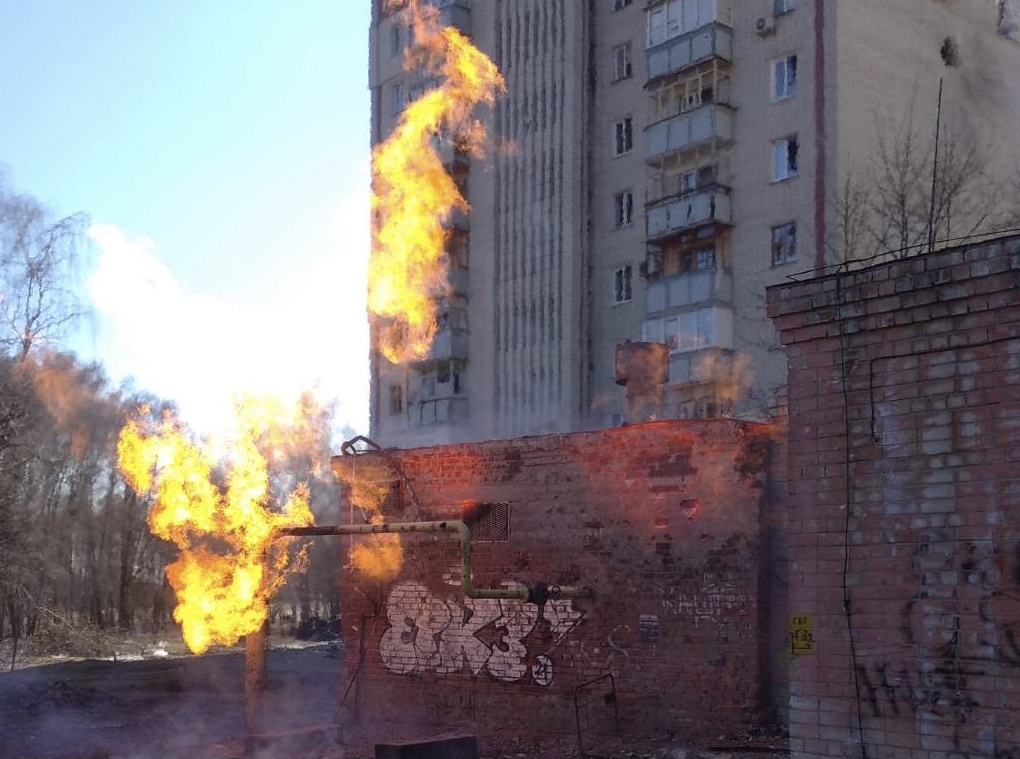 Russian troops damaged a pipeline so we went there to shut off the gas when I heard a loud whistling noise and saw shells flying overhead and falling down after a few tens of meters. We skipped into a building, sit it out and came back to work.

We once were on our way to the location of the damage. While approaching the place we saw people who were waving arms and screaming “Run away!” But where to run? We barely managed to get to the nearest building when the shelling started.

Sometimes it takes 2-3 days to perform repair because of constant shelling. Sometimes there is no way to get to the location by car so we leave it, grab the tools and go on foot having no idea whether we reach the destination or not.

Sometimes we have to work at night using flashlights. Often under cover of the military. Other times, alone. Almost the entire city is left without power, that’s the real problem. Generators help us handle it.

We sleep on rare occasions because nobody wants to sleep when half-ton bombs are dropped on the city. The hardest thing is seeing the consequences - the destroyed city, dying people and children.

Understanding the importance of our work helps to hold tight. It allows people to cook some soup or potatoes once in a few days. They thank us and support us. That's what empowers us, maybe.

There are many damaged gas pipelines. Mostly by fragmentation shells and cluster munitions. Unfortunately, some of them will be possible to fix after the victory only. Right now we are doing everything to repair what can be saved.

Sometimes contractors with whom we worked in times of peace help. The war united everyone and unveiled true values, real people. No one complains about the working conditions.

That’s why we will win. No other way. 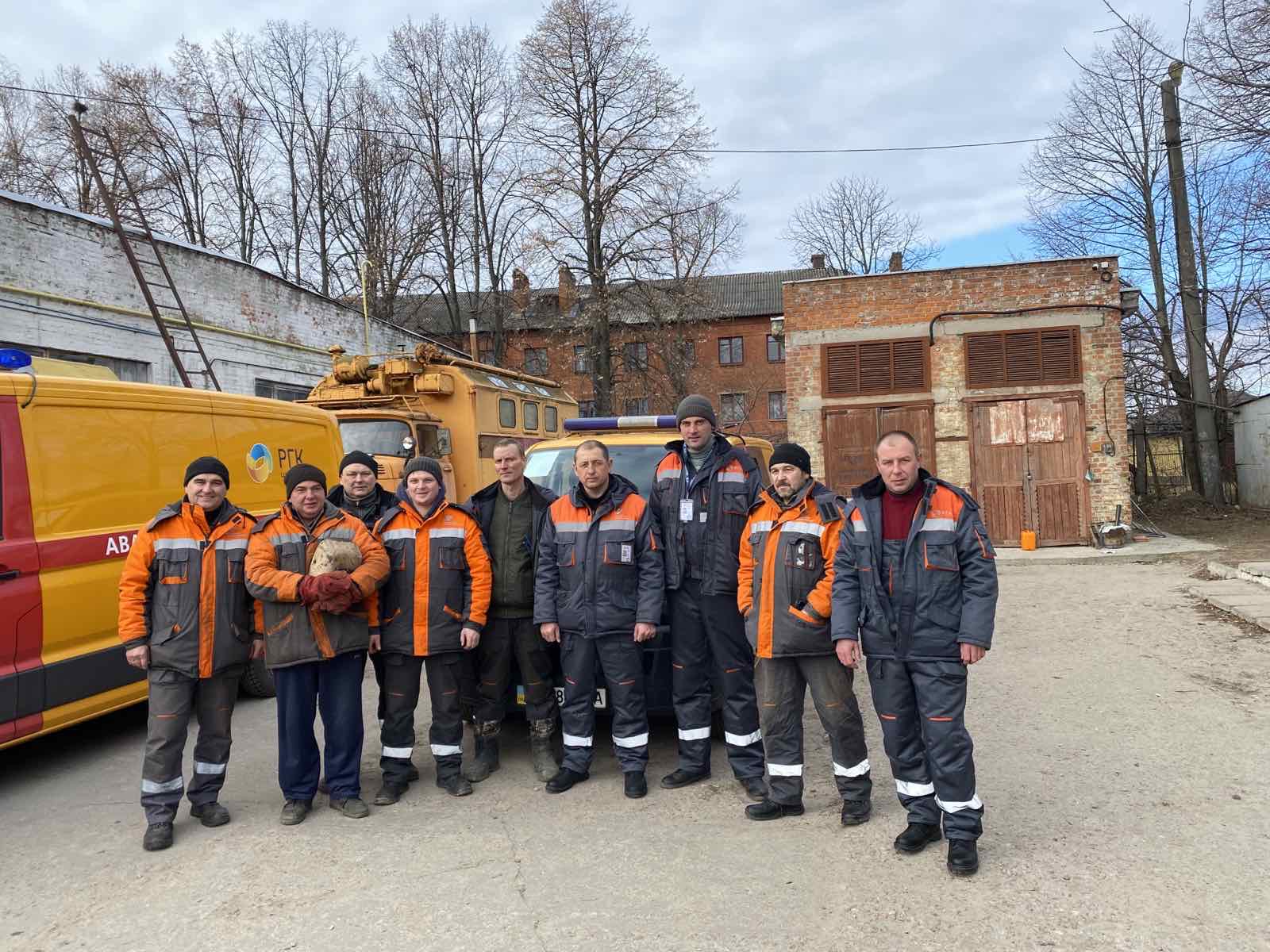 “We are the first front. We are the help to everyone who lives and who defends”

How am I doing? I’m a down-to-earth man. No incoming shells - good.

Thursday, February 24 should have started with a short meeting at work. Things went sideways. Right after lunch, we had welding machines in our arms making blanks. However, they were not meant for gas pipes but the Czech hedgehogs and spike strips.

I don’t count days. Sometimes I wonder what day today is. A lot of homes remain without gas supply in Sumy region.

There are neither buildings nor pipes left at some locations - there is nothing to repair.  Or it is impossible to approach a facility due to ongoing shelling.

People ask if we have much work. We had a lot in peacetime. The war gives us double the amount. We had worked out various emergency situations at the test sites. But neither how to apply tourniquets nor how to replace pipes while being bombed and shelled.

We do the job, ignoring air raid sirens. People here are high-class specialists. There is no time to think under fire, we take decisions immediately. We are the first front. We are the help to everyone who lives and who defends. 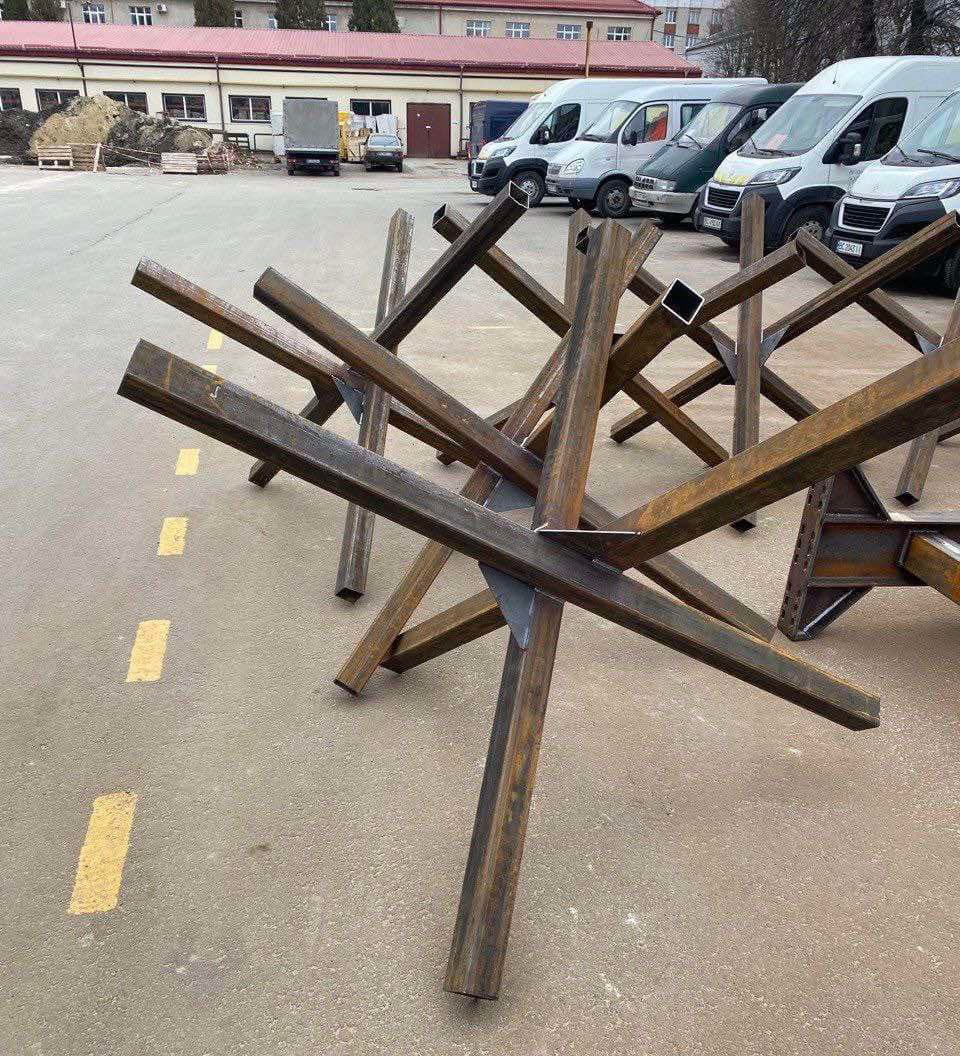 “My family was evacuated, but my decision was to stay”

I have been literally living in my workplace for the past two weeks combining the duties of an emergency service plumber with an assistant to dispatchers.

I help handle incoming calls. Sometimes there is a need to provide psychological assistance via phone calls. Some callers require support or help with easing their nerves, while others need clarifications on how to act under specific circumstances or emergency safety-related information.

I often face difficulties, especially while sending our crews to work in the increased risk conditions when we have to constantly keep track of the request to make sure nobody is hurt.

There is all kind of destruction seen while I am dispatched on a request myself - blown up buildings, someone’s belongings scattered across the streets. You can feel the pain of our people in such moments. But we have to handle our tasks in cooperation with the State Emergency Service of Ukraine, the Armed Forces of Ukraine and different utility services.

We help disassemble blockages, repair gas pipelines and extinguish fires. The fire is breaking out mostly in the low-pressure gas pipelines in the parts of the city that have suffered the most from shelling.

My family was evacuated, but my decision was to stay closer to our Kharkivmiskgaz. All of us who have decided to further help with the emergencies rather than leave have become a kind of a small family with mutual support and a clear understanding of what we need to do.

Patriotism, craving to help our city as well as making a solid contribution to our enterprise’s operation are our main motivations to stay and do our duties.

“Everybody has got to do what they are good at. We will succeed together”

If there is anything notable about daily tasks we handle - that is being under fire. The number of requests for our emergency dispatch service has largely increased, we are forced to work non-stop. Each time we closely cooperate with the State Emergency Service of Ukraine’s specialists. We constantly try to help everyone as soon as possible.

It was frightening at first, but it is human nature to overcome all difficulties. We try to always remain vigilant. We have also trained and developed new instructions to be more productive while working in such conditions. As a result, our cooperation and coherence have advanced.

It is hard to work in the state of an armed conflict as there is a large number of unpredictable situations. Each emergency call remains in my memory.

I have memorized best the localization of damage to the main gas pipeline. An intensive fire has broken out as a result of enemy bombing.

I was born in Kharkiv and I love this city. Pain and frustration reign over me because of what my native city is going through. I put my best effort to help people and bring our victory one step closer. Everybody has got to do what they are good at. We will succeed together. 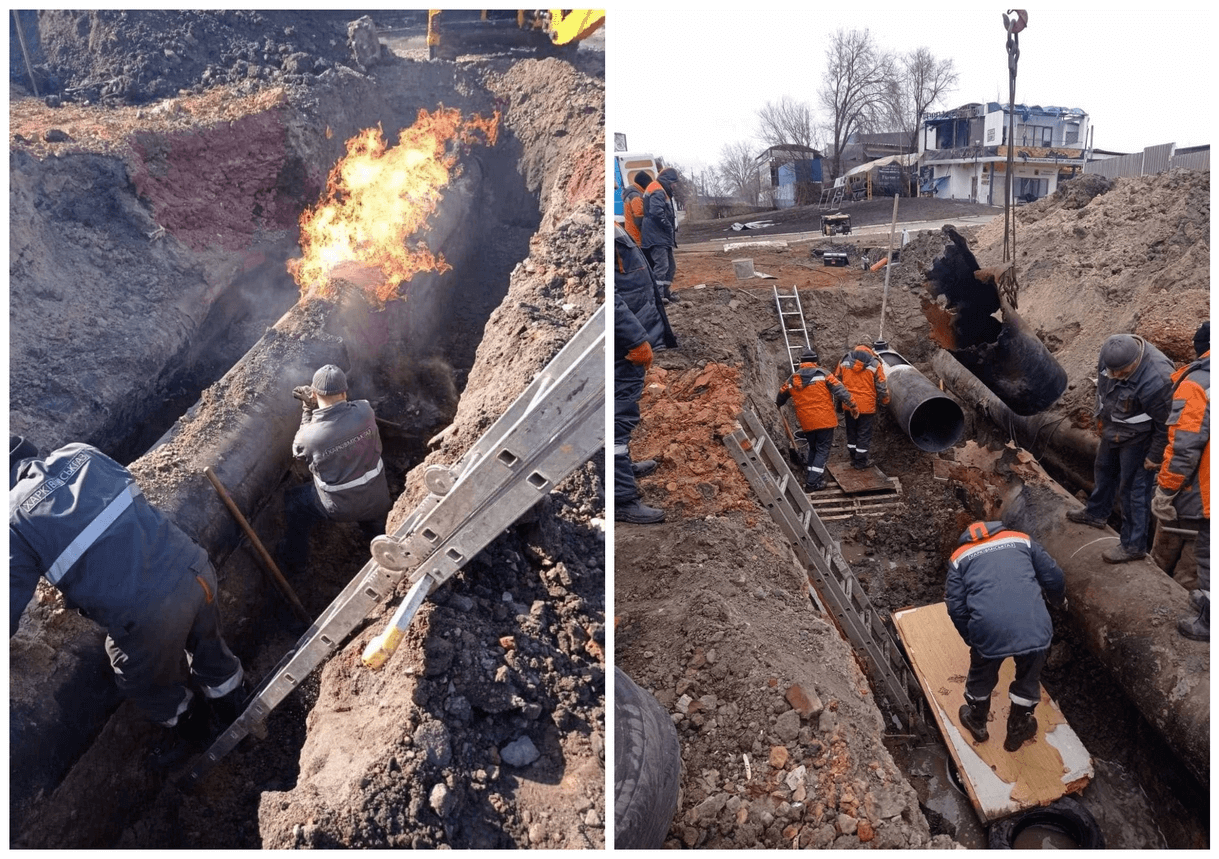 Enemy shelling has repeatedly damaged our gas pipelines in Vasylivka. A low-pressure pipe was recently damaged by fragmentation as a result of artillery fire. As a consequence, 84 households have experienced a gas outage.

Our company’s storage facility was destroyed by enemy artillery fire, but we have gained access to all necessary materials. Our crew was dispatched to repair the pipeline even though being under fire. We had to replace a damaged part of the gas pipe. Such operation was performed within one day. We have also replaced windows in our branch that were shattered by a blast wave.

Our Vasylivka branch crew is at work in full force, people are working around the clock to ensure gas access. As of now, Vasylivka and the surrounding area experience no gas shortages.

We learned early in the morning that Preobrazhenka village in Orekhiv area was shelled by enemy forces. The gas pipeline was damaged by fragmentation resulting in a gas shortage, leaving the local population freezing with the outside temperature as low as -1°C and snow.

We were dispatched to provide urgent repair. While en route to the destination, we were driving out in the open passing a bridge over a river, hearing gunshots. Having reached the damaged part, we had all the equipment we needed. We did also hear explosions nearby, but our mission was not interrupted. As of now, Preobrazhenka locals have no gas shortages. 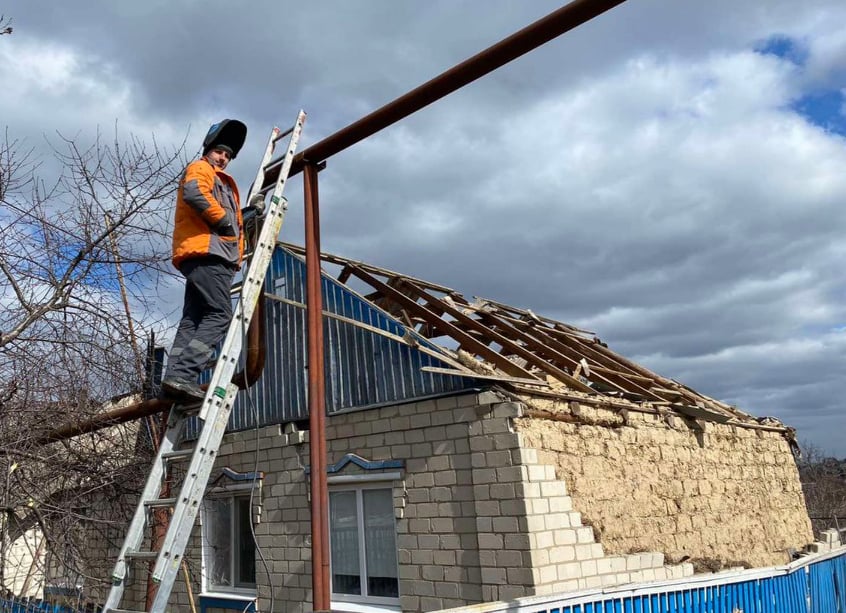 “Everyone is contributing to the victory by fighting in their own way. My contribution is gas pipeline repair”

I have difficulty facing the fact that the war has broken out in my motherland just like every other citizen of Ukraine. I was not considering being evacuated to safer regions because my true value is being here. I have been working at Dnipropetrovskgaz for almost 20 years and I am proud of it.

Our branch is responsible for 700 km of a gas pipeline and I am the only welder. It was hard being dispatched to a neighbouring region to provide repairs to gas transportation infrastructure for three days in a row with our crew after the damage was caused by enemy shelling.

Almost every repair involves climbing objects that have significant height. One of the facilities that has suffered was badly damaged, part of the pipeline was near fully destroyed. The gas supply was renewed to more than 350 houses in the short term thanks to the proficiency and coherency of our crew’s actions.

I am ready to work under all conditions because I understand my responsibility before 25 thousand consumers that rely on our branch’s work. Everyone is contributing to the victory by fighting in their own way. My contribution is gas pipeline repair. 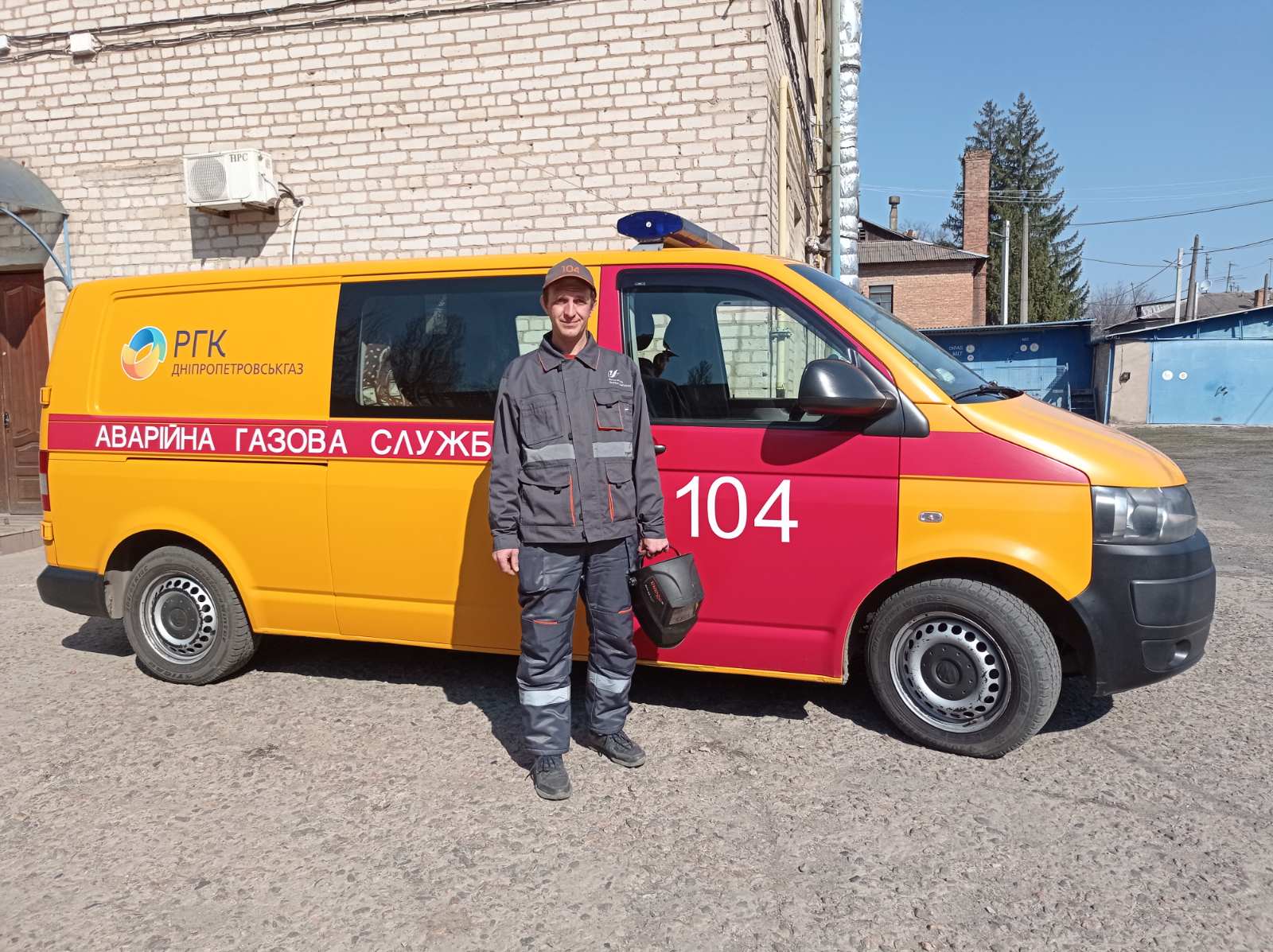