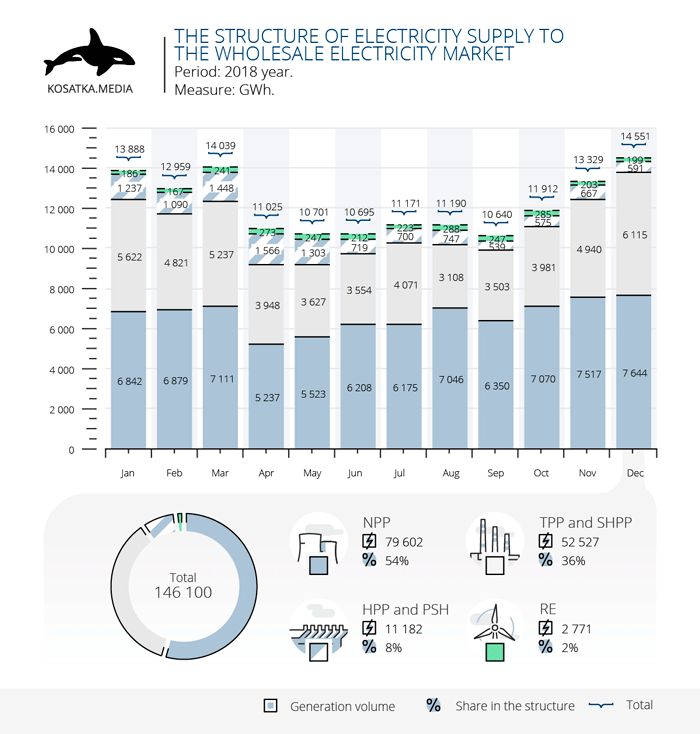 Based on the data of the SOE “Energorynok” and the Ministry of Energy and Coal Mining, we prepared a work reference of the electricity sector in Ukraine.

In total, in 2018, 146,100 GWh were released to the wholesale market of Ukraine by generating facilities. Following the results of last year, the structure of electricity supply in the WEM is as follows:

It is worth noting that on December 12, the National Regulatory Commission approved new tariffs for “Ukrenergo”, “Ukrhydroenergo” and “Energoatom”, in which they increased the price of electricity for the first half of 2019 by 19.3%, 2.7% and 1.6%, respectively.