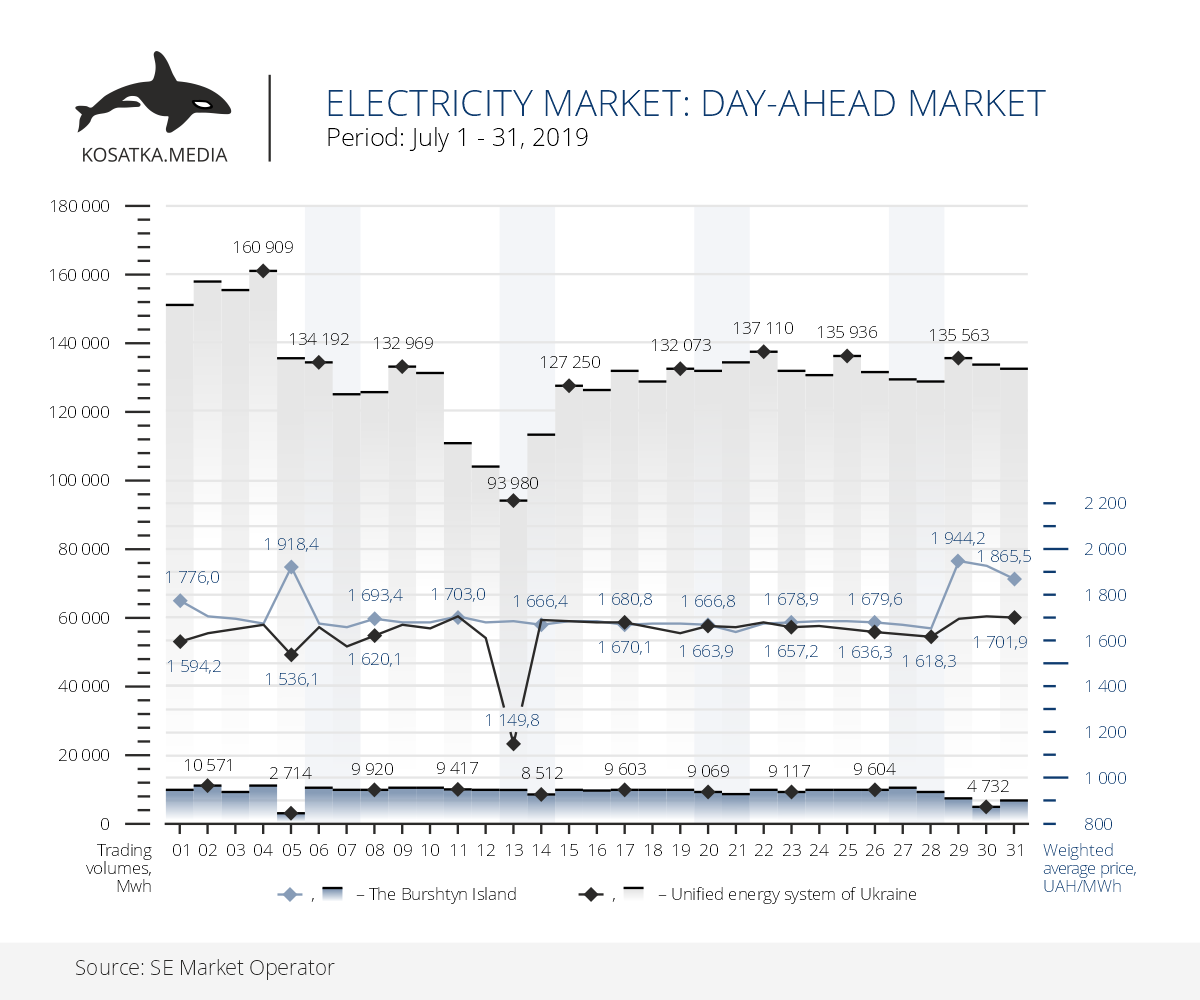 The new electricity market has been operating in Ukraine since July 1, 2019. The end of the month is the time to assess the results of its work and to analyze the day-ahead market (DAM) in more detail way.

According to the latest Ukrenergo data, the structure of the new market is as follows: trading volumes at the bilateral contract market (BCM) amounted to 66% of the total sales volume, at the day-ahead market (DAM) – 30%, at the intraday market (IDM ) – 1%, at the balancing market (BM) – 3%. Market participants highlight the main problems of the new market:

1) The volumes of BM exceed IDM. The main reason for this is the reluctance of sellers to come up with an offer at IDM because electricity is 10%-15% cheaper here;

2) Electricity deficit at night is a permanent feature. The reason is similar to the previous one – electricity is cheaper at night;

3) Debt to the “green” production. The estimated amount of debt is 1.58 billion UAH, which negatively affects the investment attractiveness of the “green” sector.

4) Temporary malfunctions of the trading platform. Market participants have repeatedly noted software problems, however, by the end of the month there were practically no such messages.

In total, 4.35 million MWh of electricity were sold at the IDM in July. Of which: 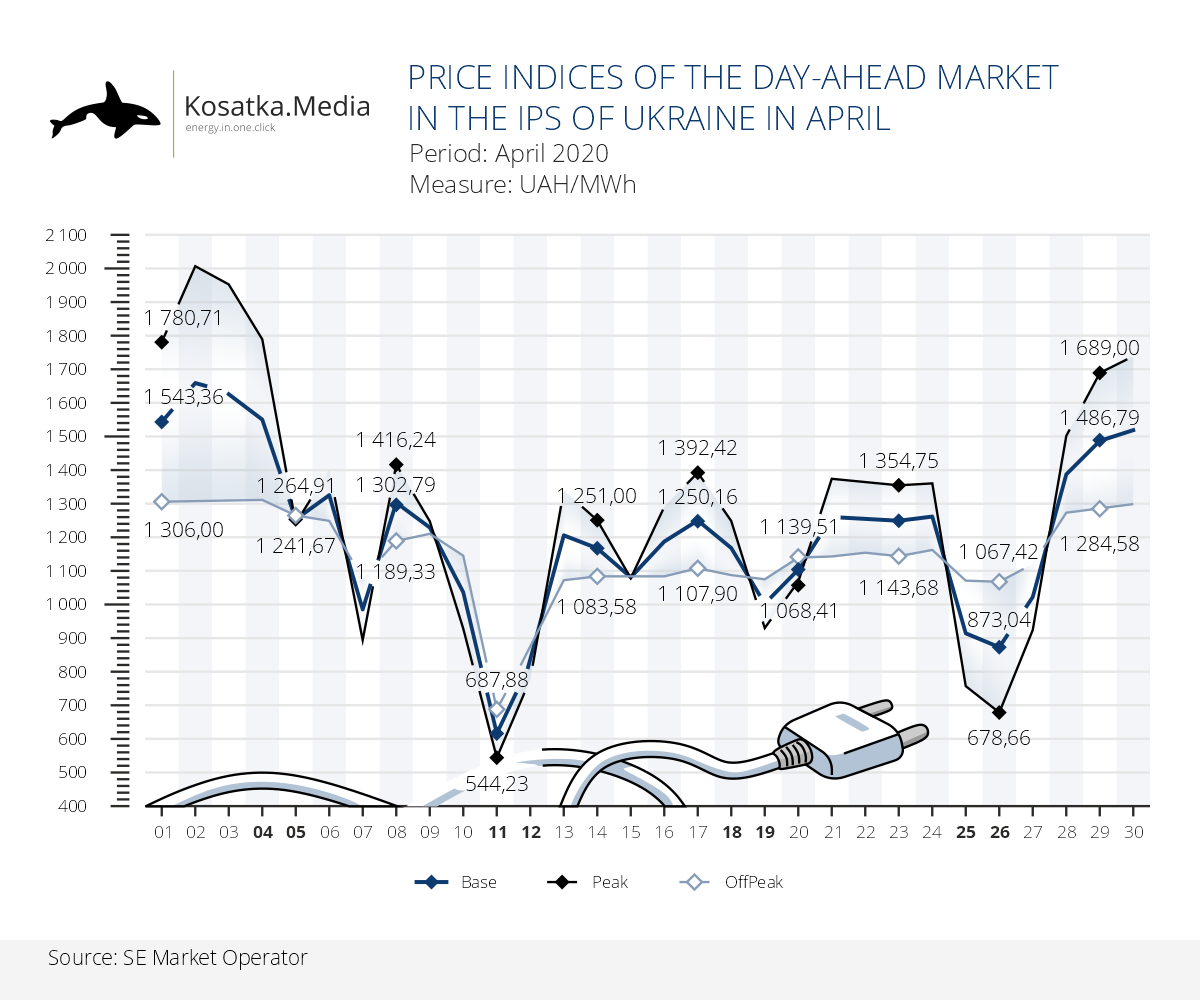 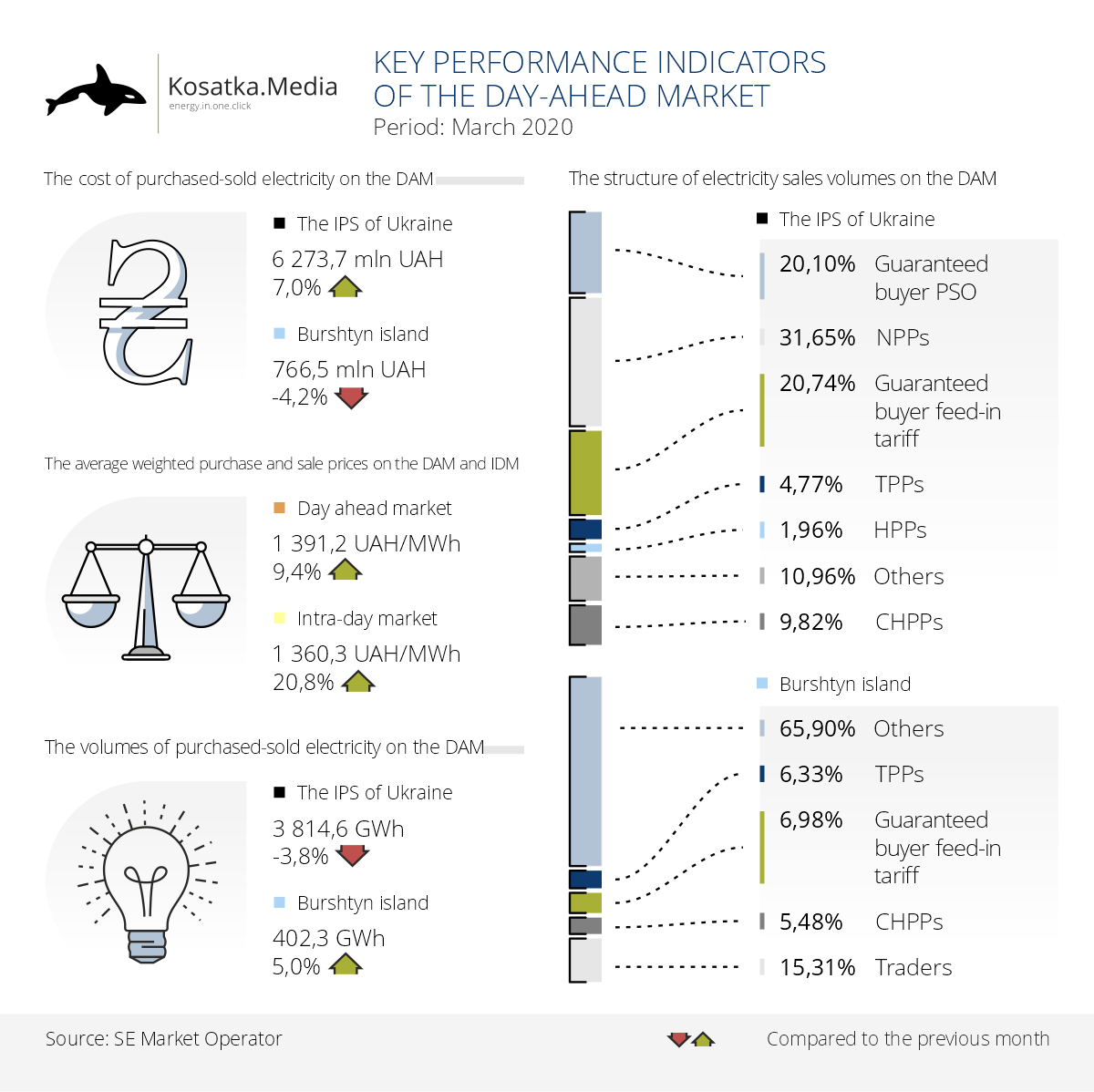 In March electricity prices on the DAM increased, volumes decreased

Debt of the population on payment for electricity 2018-2020