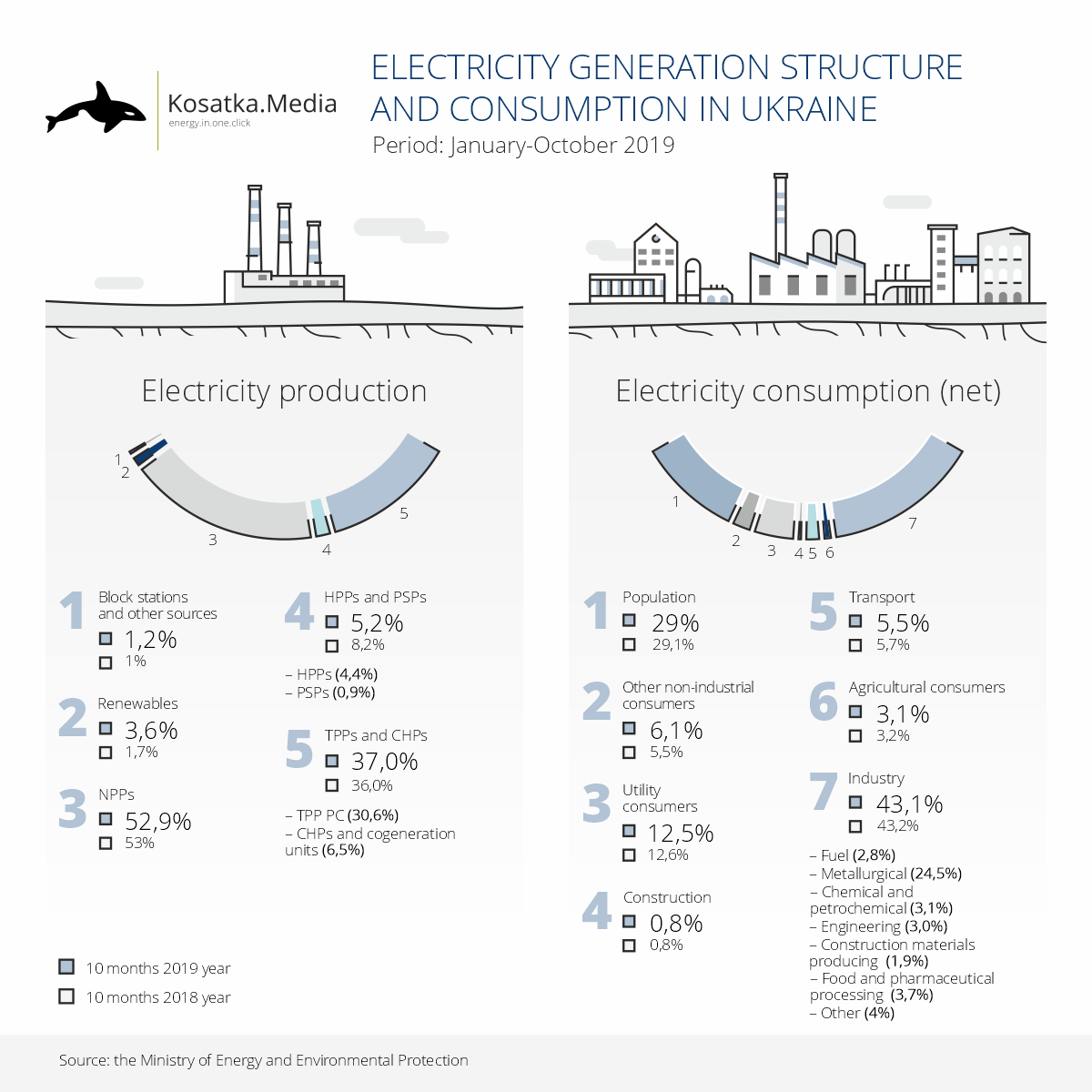 The total volume of electricity production in Ukraine has decreased by 1.7% for 10 months compared to the same period last year, to 126.7 billion kWh.

The production structure has undergone certain changes. Thus, the share of hydropower plants and PSPs in total production decreased to 5.2% in January-October 2019 from 8.2% for the corresponding period of 2018, while the production volume decreased by 37.5% to 6.64 billion kWh. The share of renewable energy sources substantially increased up to 3.6% from 1.7% a year earlier, which accordingly led to an increase in the generation of electricity from renewable energy sources by 103%. Changes in other sources of electricity production are insignificant and are within 0.7%.

Among the industries, the metallurgical industry was and is the most energy-intensive – 24.33 billion kWh of consumed electricity for 10 months, or 24.5% of the total consumption structure. In the engineering industry electricity consumption decreased over 10 months to 3.0% of the total, from 3.3% in January-October 2018; while in the chemical and petrochemical industries, by contrast, it rose to 3.1% from 2.6% a year earlier.