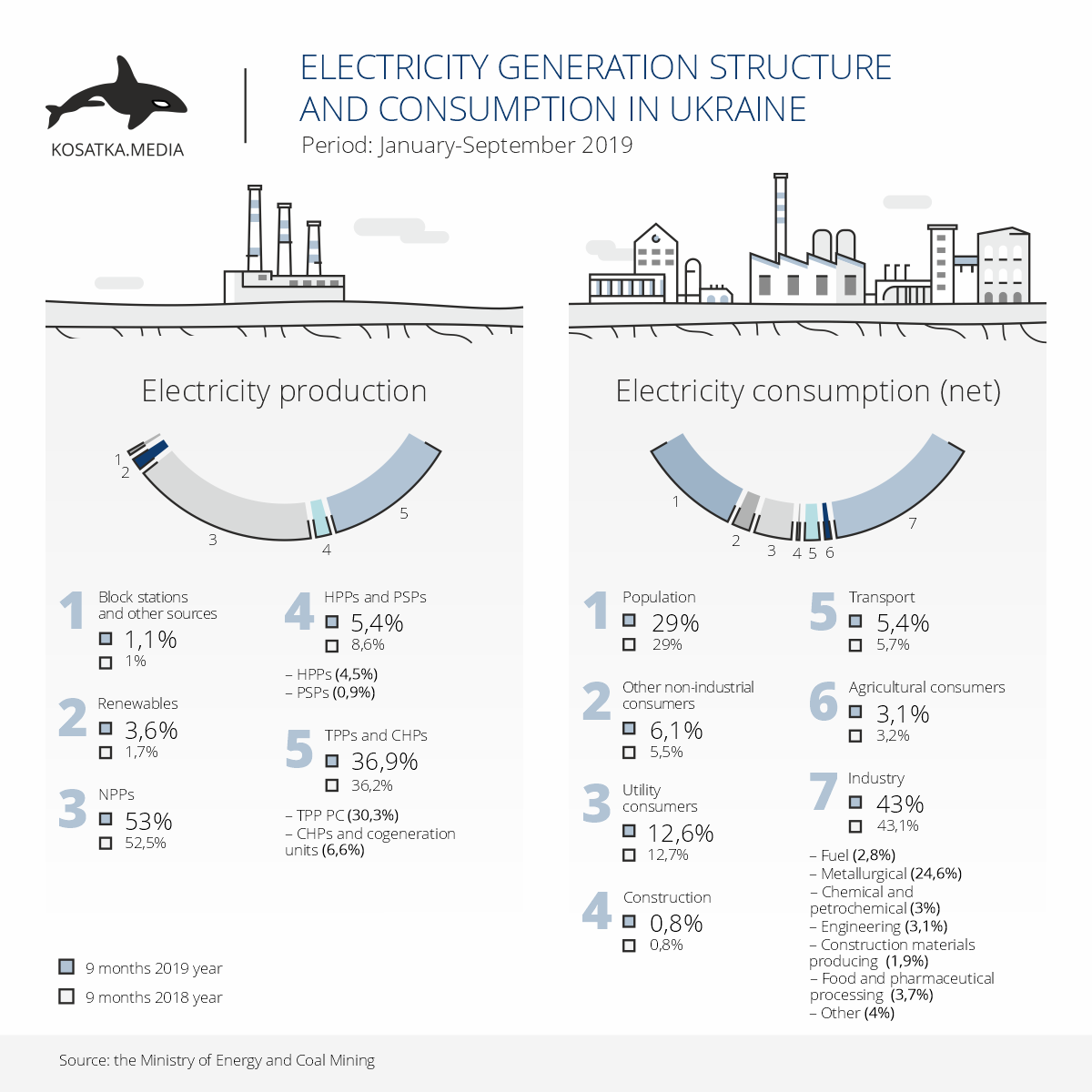 The total volume of electricity production in Ukraine decreased by 1.4% to 114.3 billion kWh over 9 months compared to the same period last year.

The generation structure has undergone certain changes. The share of HPPs and PSPs in the total generation decreased from 8.6% in 2018 to 5.6% in 2019, while the generation volume decreased by 38.3% to 6.16 kWh. The share of renewable energy sources increased significantly – from 1.7% to 3.6%, which accordingly led to an increase in electricity generation from renewable energy by 108%. Changes in other sectors of electricity  production are insignificant and are within +-0.7%.

Total electricity imports amounted to 0.94 kWh for 9 months. It should be noted that according to the Ministry of Energy there were no imports in the corresponding period last year.

Recently, representatives of Ukrenergo noted a shortage of balancing capacities in Ukraine. It jeopardizes the country's entire energy system.