The team of independent experts was represented by 19 specialists from Bulgaria, Great Britain, Armenia, Slovakia, the USA and other countries.

The state represented by the Ministry of Energy became the owner of 100% of Ukrenergo's shares.

The electricity tariff of the SoLR will almost double from October

NEURC made such a decision at its meeting on September 16.

The Ministry of Energy: Energy system of Ukraine is ready to work in silos

Representatives of generating companies confirmed the technical feasibility of using the equipment when passing through the isolated mode.

The deterioration of electrical networks in Ukraine is on average about 50%.

The volume of emergency assistance provided was 1200 MWh.

Lithuania has limited the capacity of power lines with Belarus

The decision was made as part of the intention to prevent electricity from the Belarusian NPP from entering the country's energy system.

The Cabinet of Ministers intends to transfer regional power distribution companies to the Ministry of Energy from April 1, 2022

The Ministry of Economy and the State Property Fund should prepare and submit to the Cabinet of Ministers a draft decision on the transfer of power distribution companies to the management of the Mini...

DTEK Burshtyns TPP has problems again: power unit No. 1 was shut down

The station continues to carry a load of 765 MW.

Ukraine and the IBRD signed loan agreements, Ukrhydroenergo will receive funds to install SPPs and storages

Funding is being provided for the installation of 197 MW of energy storage systems in combination with solar panels.

According to the investigation, there was a fraudulent scheme for importing electricity through a shell company in Moldova. 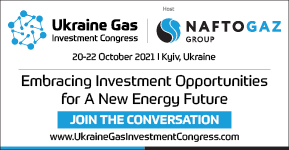