On May 26, 2020, 10 out of 15 power units are in operation at Ukrainian nuclear power plants, Energoatom’s press service reports.

The available generating capacity of NNEGC Energoatom is 9505 MW, the current capacity is 7225 MW.

On May 25, 2020, the nuclear power units of Ukraine generated 174.17 million kWh. It is noted that due to balance restrictions, over the past day, nuclear power plants in Ukraine underproduced 54.72 million kWh of electricity. 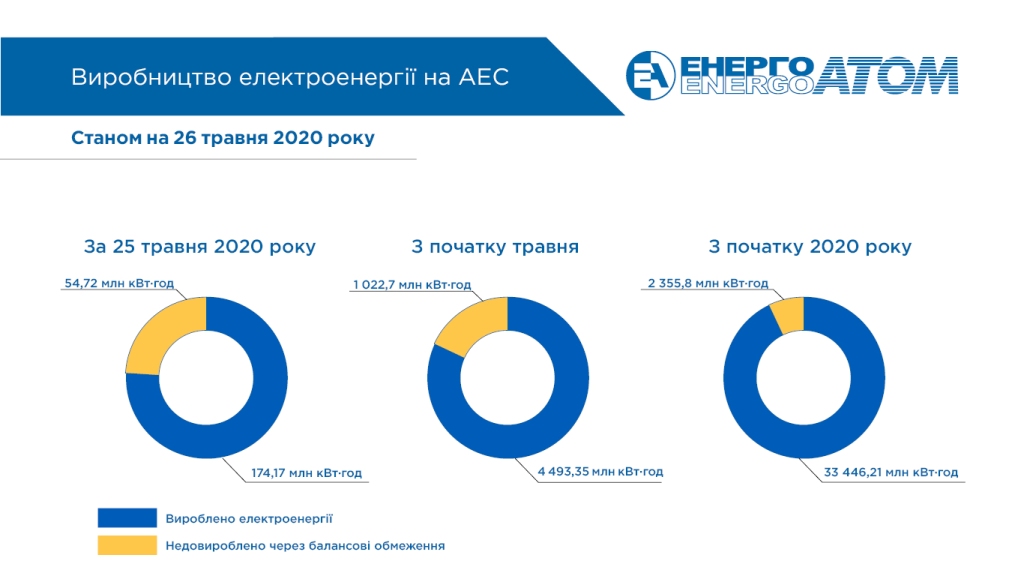 According to the current data, from the beginning of the year, the share of electricity of NNEGC Energoatom in the total electricity production in Ukraine is 56.2%.

It was previously reported that the second phase of the weakening of quarantine has not yet caused a noticeable increase in electricity consumption.

Energoatom commented on proposed changes to the charter