NPC Ukrenergo reports that electricity exports amounted to 467.6 million kWh in September 2020, which is 2.7 times more than in August of the same year. At the same time, this figure is 40% less for the volume of exports in March 2020, before the start of quarantine restrictions. 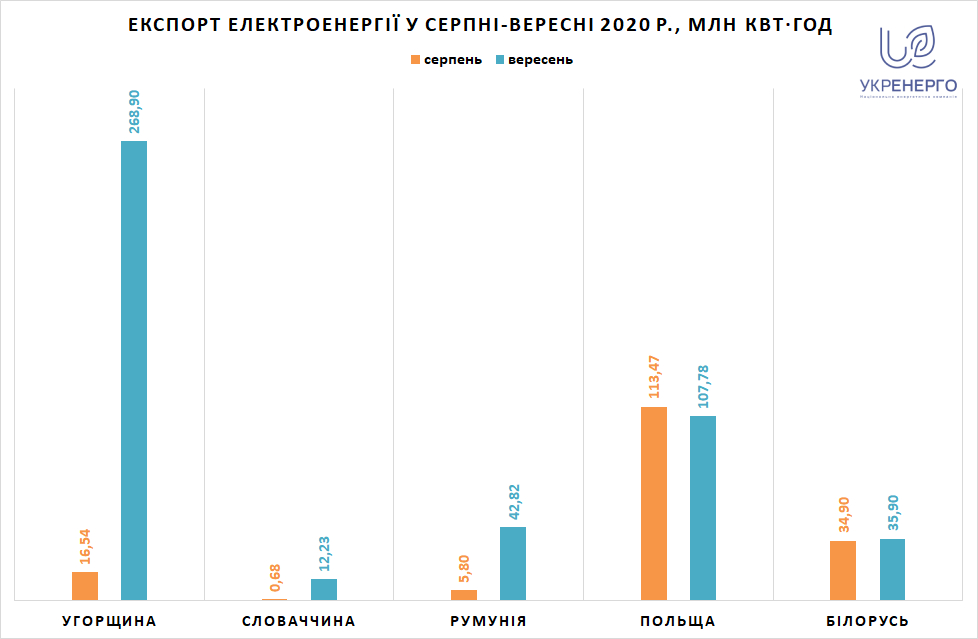 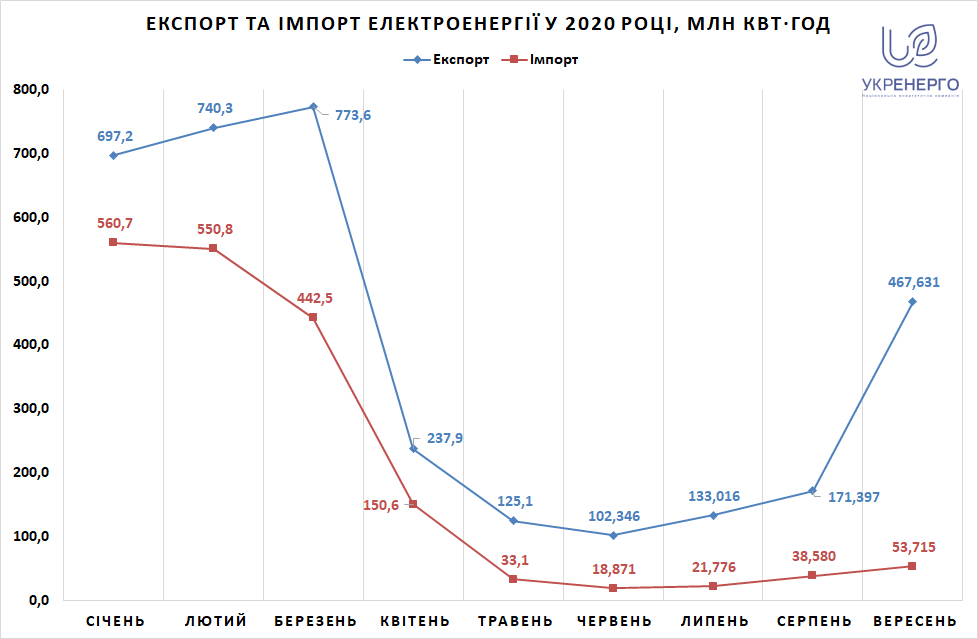 Electricity imports for 9 months amounted to 1.87 billion kWh and are growing only due to an increase in imports to the trading zone of the Burshtyn TPP Islands. The import of electricity to the trade zone of the IPS of Ukraine from Belarus has not been carried out since May and from Russia since April 2020.

In particular, the import of electricity in September compared to August increased by 39.2% and amounted to 53.7 million kWh, and was carried out exclusively in the trading zone of the Burshtyn TPP Island. Over the past month, the volume of imports grew only from Slovakia - 2.5 times (up to 43.6 million kWh). From other directions, on the contrary, it decreased: from Hungary – by 2 times (up to 9.2 million kWh) and from Romania – by 2.5 times (up to 0.9 million kWh).

It should be noted that since July there has been a significant trend towards a further increase in the monthly volume of exports and imports of electricity and a gradual recovery to quarantine volumes. This can be explained by the activation of external electricity markets, a gradual increase in consumption and the adaptation of countries' economies to work under quarantine conditions.