Guaranteed Buyer has paid in full for renewable electricity released in September, the government portal says.

The total amount of settlements for the FIT for September was UAH 4.67.

In August, Guaranteed Buyer also paid for 100% of the released products – UAH 5.2 billion.

“The level of settlements with producers of renewable electricity has increased significantly after the signing of the Memorandum and the entry into force of Law 810-IX, which implements it. Before that, in April-July 2020, it did not exceed 5%,” the message says.

Recall that, according to the government's calculations, the FIT savings amounted to more than UAH 1.5 billion in three months: in August, when the reduced tariffs began to operate, the savings amounted to UAH 618 million. In September – UAH 541 million, in October – UAH 376 million (excluding VAT). 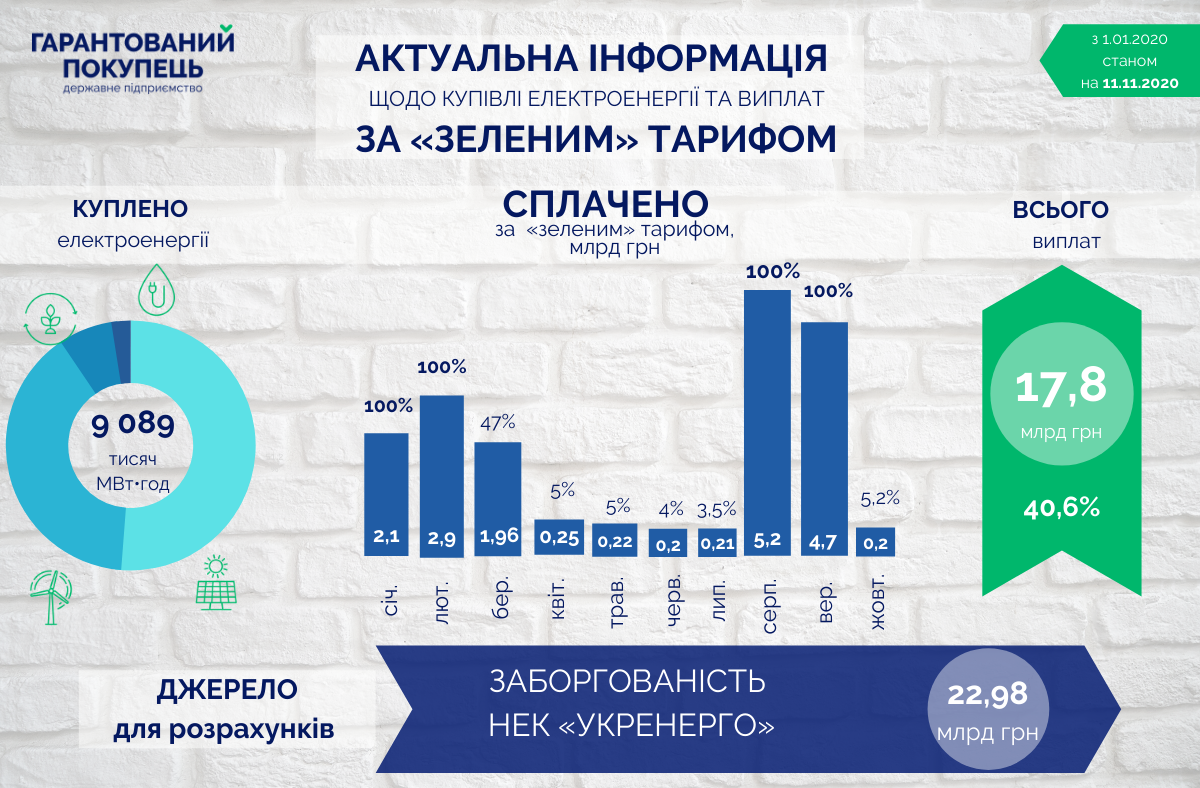