According to NPC Ukrenergo, 19 power units are not working due to lack of fuel in the energy system of Ukraine as of 09:48 am on December 9, Kosatka.Media reports. 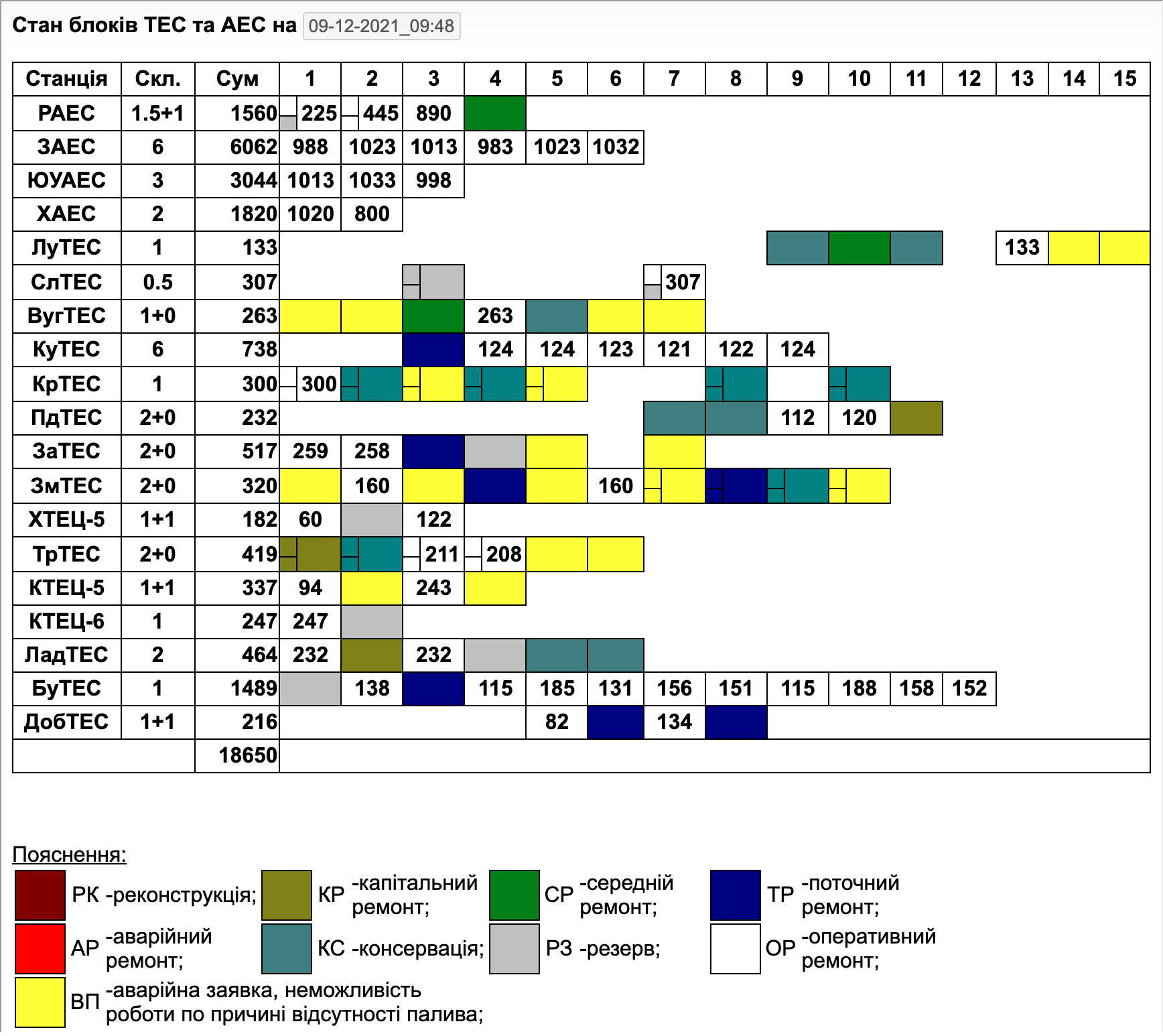 To recap, Naftogaz won the suit for millions of hryvnias from Bila Tserkva CHPP.

Earlier, the State Inspectorate for Energy Supervision reported that the accidents at DTEK Burshtynskaya TPP were caused by erroneous actions of staff and poor-quality equipment repairs.