The re-tendering for the privatization of the electricity generating company PJSC “Centrenergo” will be held on the same conditions and at the same price.

The Cabinet of Ministers made such a decision at a meeting on Wednesday, approving a list of large-scale privatization objects, reports “Energoreforma”.

According to the government’s decision, the list includes, in particular, OJSC “Centrenergo”, the privatization of which is ordered to be carried out in accordance with the requirements of the 4th paragraph of the 2nd article of the 5th section of the Act "On Privatization of State and Utility Property". 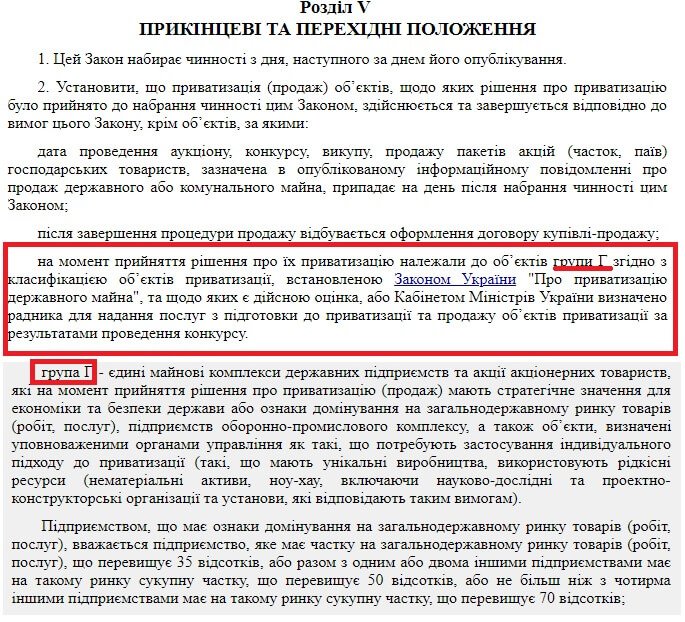 The efficiency with which the government decides to re-sell explains by the need to announce a tender before the end of the evaluation period of "Centrenergo" (until March 31, 2019).

According to the “Interfax-Ukraina” agency, the tender may be announced before the end of January.

As it is known, the auction for the sale of the state-owned stake in PJSC “Centrenergo” scheduled for December 13, 2018, did not take place. Since the documents of the interested companies, in particular “Ukrdoninvest” LLC and the production unitary enterprise “Neftebitum factory” (Belarus), were not allowed to participate, because the documentation submitted by them did not meet the requirements of the legislation.

The SPFU offered for sale a 78.289% stake of PJSC “Centrenergo” at a starting price of 5 billion 984.992 million UAH. The competition had to be held with at least two participants, one of them – a foreign one.

After the announcement of the tender, six companies initially announced their intention to participate in it, of which documents with a financial guarantee were filed by “Ukrdoninvest” LLC (Kyiv), the beneficiary of which is a businessman Vitaly Kropachev, and the Belarusian unitary enterprise “Neftebitum factory”, owned by the largest private Belarusian oil trader “Interservice” .

According to the memorandum with the IMF, Ukraine made a promise to sell the state stake in “Centrenergo” until mid-2019.