On November 30, 2021, at 5:47 am, after the completion of the planned medium repair, power unit No.2 of Zaporizhzhia NPP was connected to the power system.

The engineering support team investigates the reasons for the protection trip.

According to NPC Ukrenergo, as of 10:33 am on November 30, 5 power units of the Zaporizhzhia NPP are in operation. 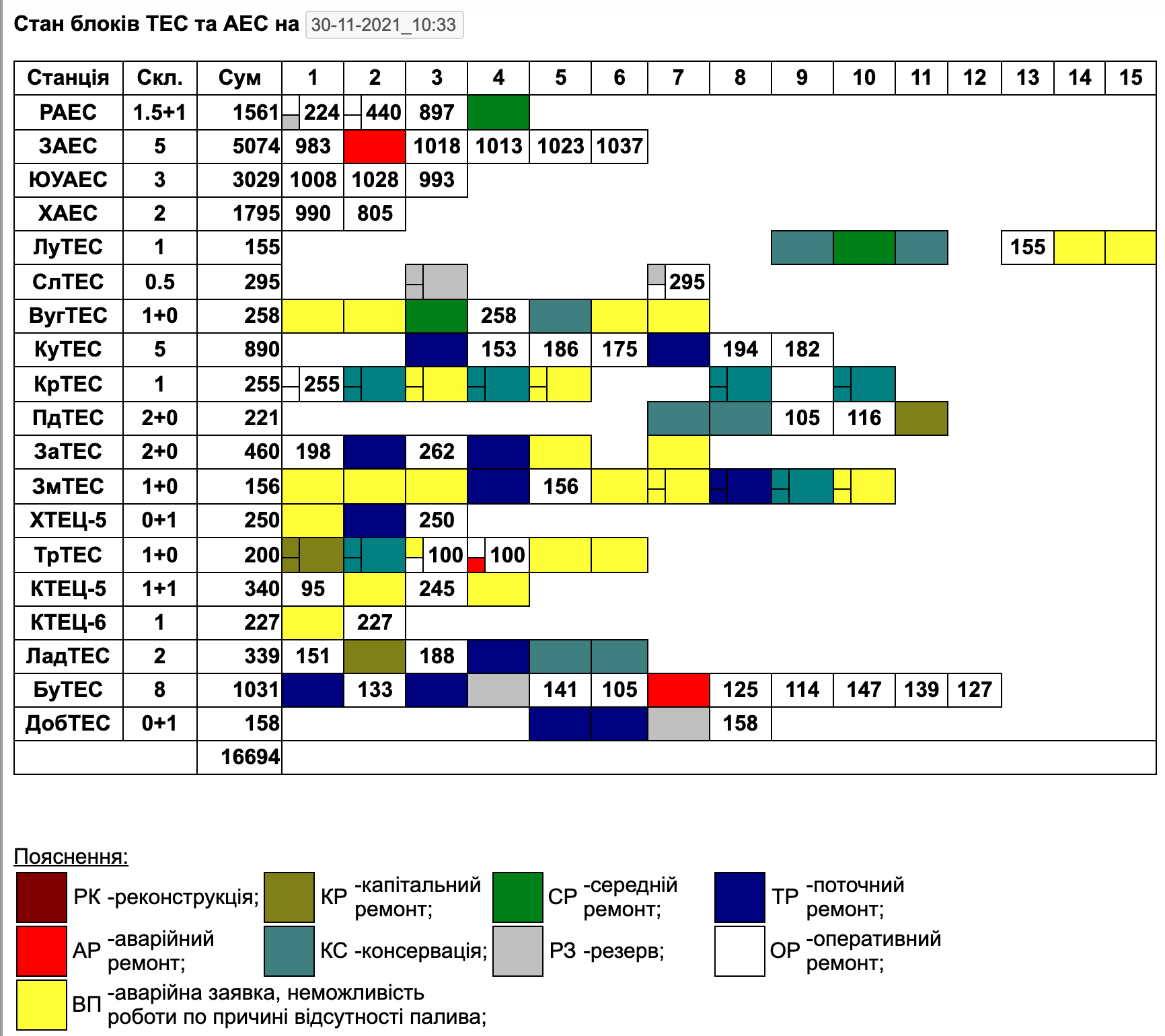 To recap, there were two incidents at Burshtyn TPP in one night.

As reported, the Ministry of Energy plans to increase electricity production by 2.5% next year.