According to the data of NPC Ukrenergo, in April 2020, electricity consumption in Ukraine decreased by 11% compared to March of the same year and amounted to 9028 million kWh, and compared to April 2019, it decreased by almost 8%.

Moreover, a decrease in consumption is observed among all groups of consumers. 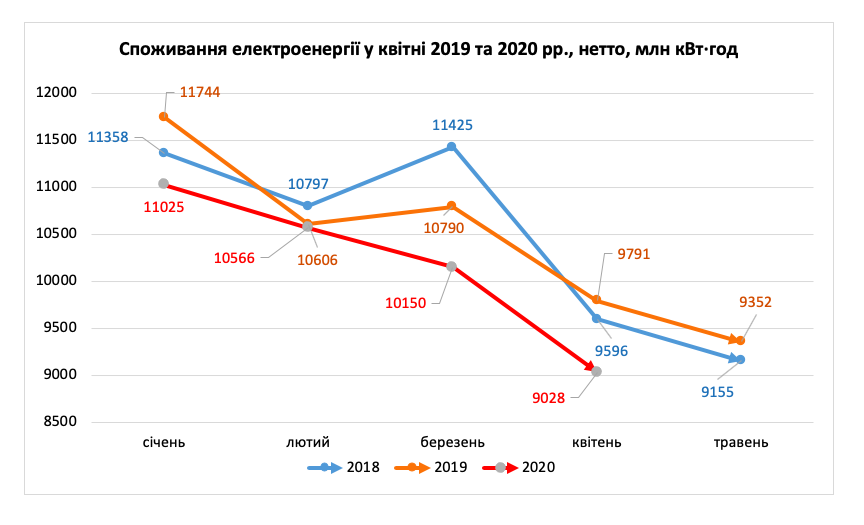 Compared to April 2019, the largest decline in consumption is demonstrated by the engineering industry (21%), the transport industry (-17%), metallurgy (13%), as well as the fuel and utility sectors (-12% each).

The population has reduced electricity consumption by only 1% compared to April 2019.

The main factors in reducing consumption are the seasonal increase in air temperature and quarantine measures that have limited the ability of industrial enterprises, medium and small businesses, as well as services.

At the same time, the analysis of consumption in 2019 shows that the trend towards a significant further decrease in consumption concerns mainly the population and the consumer group. The remaining sectors of the economy reduced or increased their consumption situationally. Therefore, the company expects that the downward trend in consumption will continue until the end of quarantine among all categories.