During a press conference, President of Ukraine Volodymyr Zelenskyi accused the owner of DTEK Rinat Akhmetov of blackmailing the authorities and creating an energy crisis in Ukraine. After that, DTEK's Eurobonds lost more than 11% of their value, Dzerkalo Tyzhnia reports. 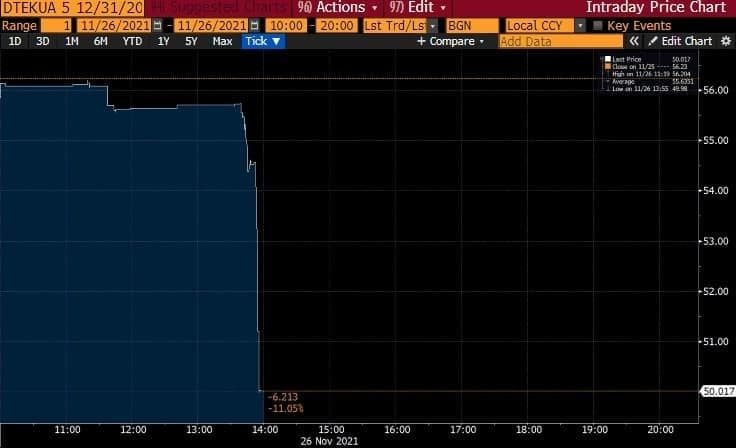 Zelenskyi said that they were trying to drag businessman Rinat Akhmetov into a war against Ukraine and a coup within the country.

Subsequently, the president blamed private generation for the current energy crisis in Ukraine, hinting at DTEK.