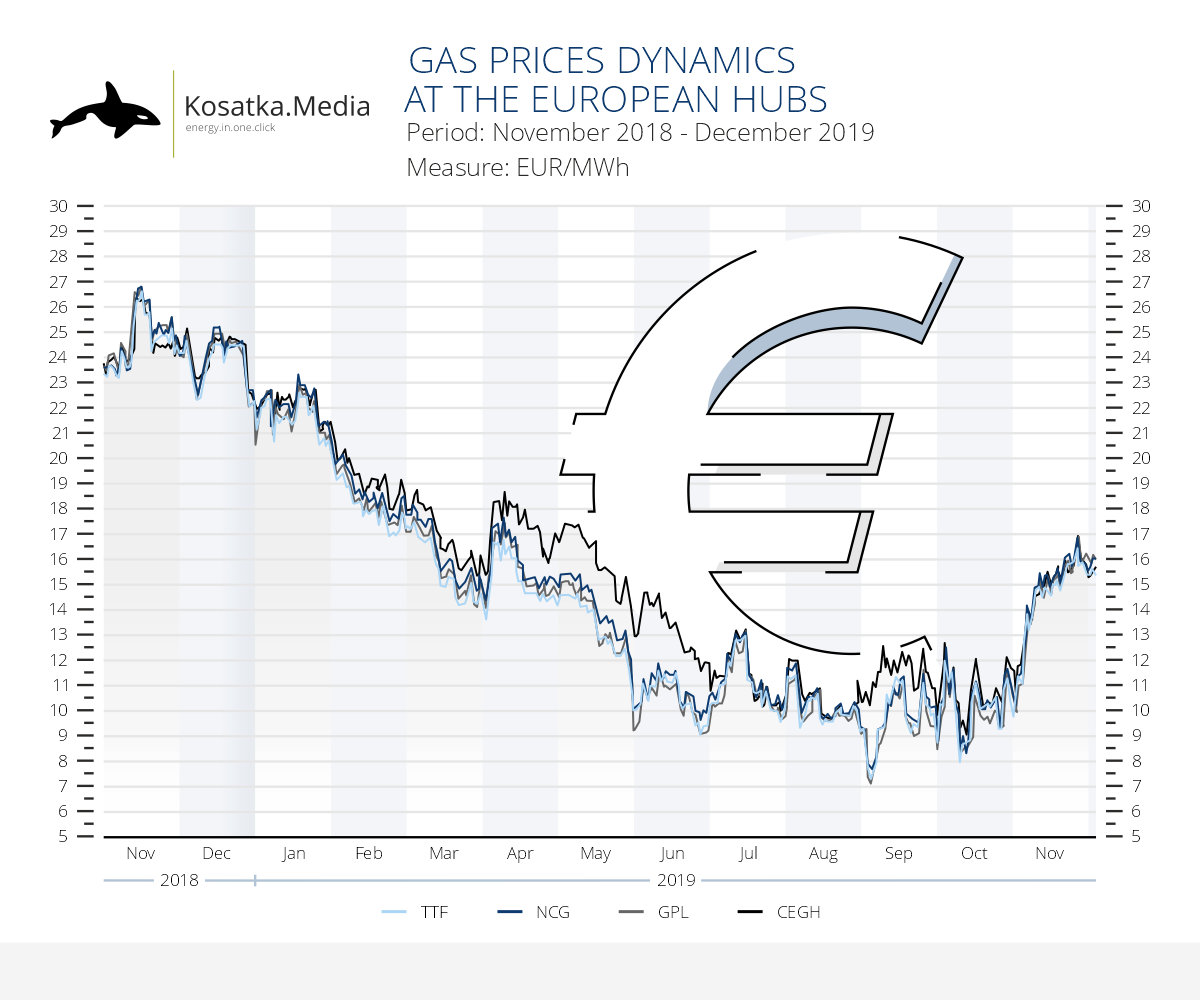 Spot prices for natural gas increased by 32.0–48.2%, to 15.31–15.93 €/MWh during November at key European hubs, which affect pricing in the Ukrainian market. This was due to a seasonal factor, because, despite the relatively warm weather last month, the consumption of natural gas for heating purposes in the European Union has increased significantly.

So, on November 30, the spot natural gas market on the Powernext exchange ended with the following key quotations:

At the same time, despite a significant November increase, gas prices in these European wholesale centers remain significantly lower than they were last year. So, natural gas quotations at NCG, CEGH, TTF and GPL hubs decreased by 35.6-38.0%, compared to November 30, 2018.

It was this factor, and not political decisions, that allowed the Ukrainian government to offer consumers to conclude contracts for the purchase of gas from January 1, 2020 at the so-called “insurance” price of about 7,000 UAH/1,000 m3 (including VAT, excluding transportation costs).

In addition to the seasonal factor and supply and demand levels, oil benchmarks are still the basis for pricing natural gas on the international markets. So, over the past 13 months, from the beginning of November 2018 to the beginning of December of the current year, prices for Brent crude oil fell by 17.01%, to $60.49/barr.