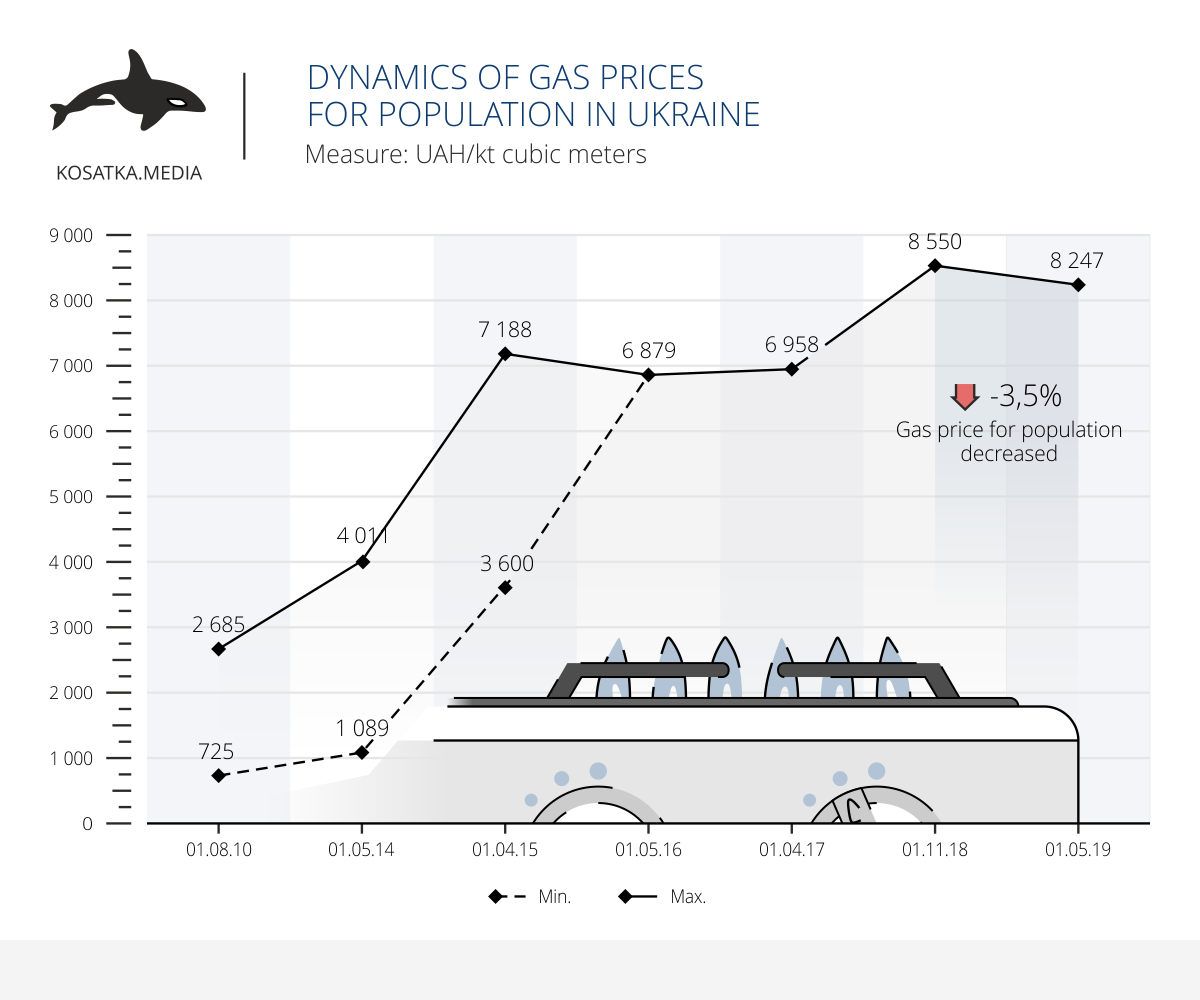 The mechanism will work in the following way: with the decrease of the market gas price for industry below established by the Cabinet of Ministers (in the decreeNo.867 of 19.10.18), gas price for the population will also decrease. In the opposite case, the price, respectively, will increase.

Gas price for the population was at the level of 8.550 UAH/thousand cubic meters from November 1, 2018 and it was set by the Government at the request of the International Monetary Fund to Ukraine as a condition to receive another tranche.

It should be noted that the Prime Minister of Ukraine Volodymyr Groysman said that in case of Naftogaz’s refusal to reduce gas price for the population by April 24, 2019, the resignation of the Head of the NJSC, Andriy Kobolyev will be initiated.