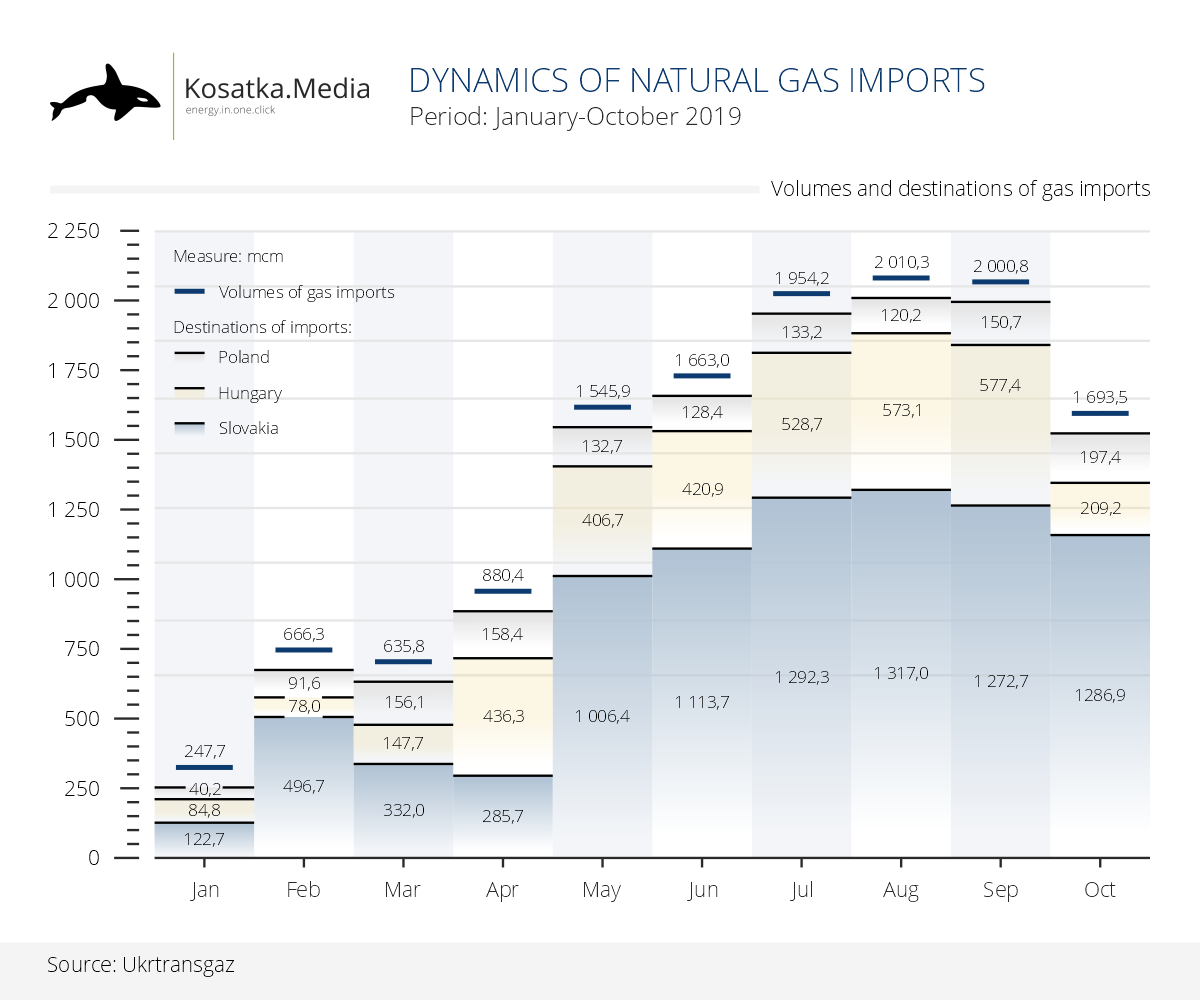 For 10 months of 2019, natural gas imports to Ukraine increased by 44.5%, to 13.3 billion cubic meters compared to last year's volumes due to preparations for a possible stop of transit in January 2020, as well as against the backdrop of favorable pricing conditions at the European market over the past six-seven months. In addition, importers store part of gas volumes in the Ukrainian UGSF  in the customs warehouse mode and will carry out customs clearance of these consignments as necessary during peak consumption in the winter months.

Directions in which gas was imported into Ukraine in January-October 2019:

According to the operational data of Ukrtransgaz, as of November 9, 21.65 bcm of natural gas were accumulated in Ukrainian gas storages (UGS), which is 26% more than on the same date last year. A significant increase in gas reserves was made possible due to large volumes of imports from the Central European countries.

It should be noted that during the period of natural gas injection into the UGSFs, which traditionally began in April-May, the Ukrainian GTS capacities repeatedly worked at their maximum capacity, pumping 66.3 million cubic meters of gas per day. By countries, the Ukrainian gas transmission system has the following possibilities of physical gas supply: