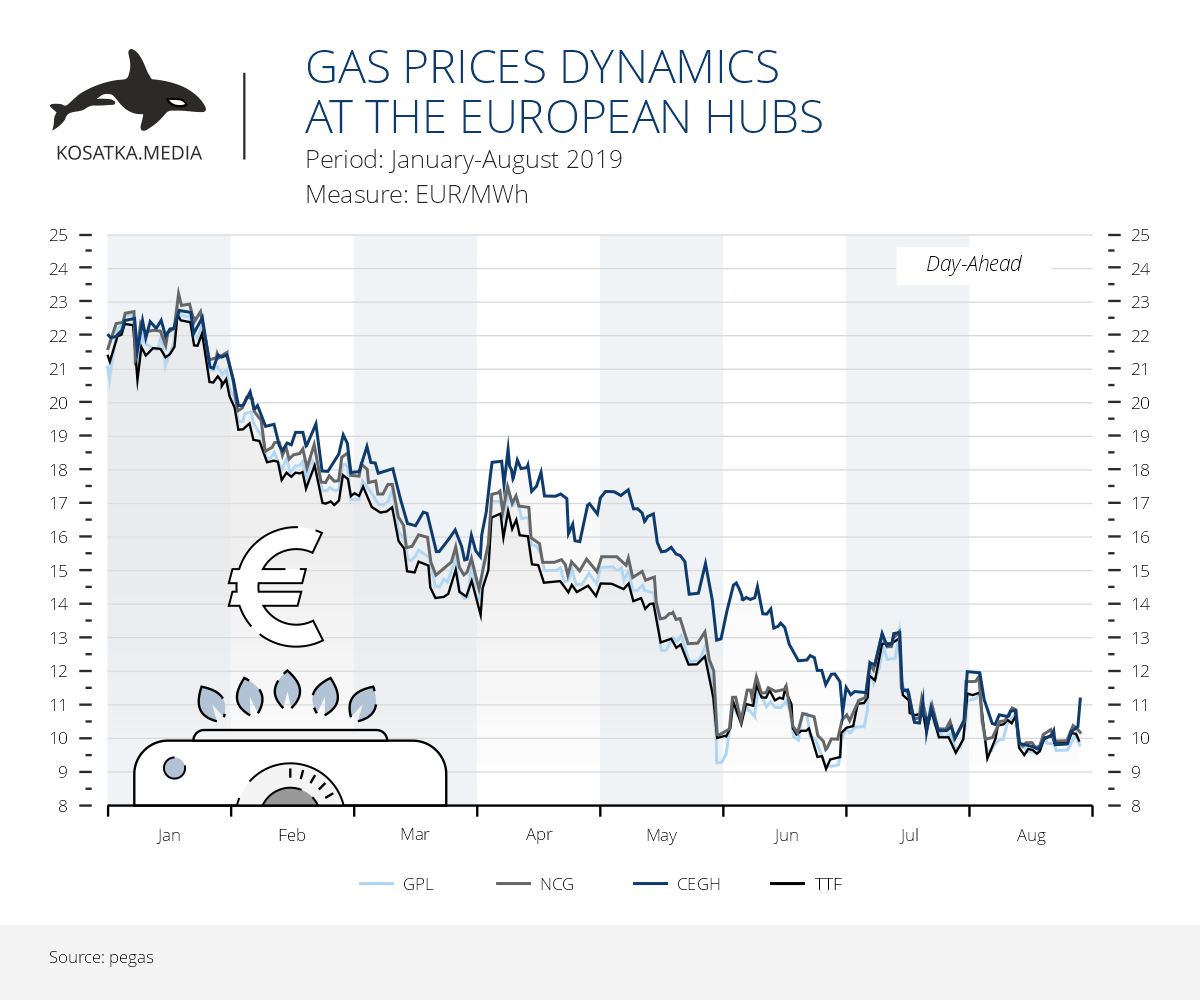 Since the beginning of the year, natural gas quotes at European hubs have more than halved. As of January 1, gas prices were as follows:

Thus, depending on the hub, prices decreased by about 2 times. Over the past 2 weeks, quotes were relatively stable and kept within 9.6 - 10.1 €/MWh, while in early August there were several price fluctuations up to 13 €/MWh.

It is worth noting that on the same date in August 2018, natural gas prices were within 25-26 €/MWh, which is, 2.5-3 times higher than this year. Such a collapse in prices was triggered by the rapid loading of European gas storage facilities and the high volumes of US LNG supplies.

Recall that on August 28, the Polish PGNiG and ERU signed an agreement on the supply of American LNG to Ukraine.

Utility debts: debt collectors’ rights and what they are forbidden to do
The Azov Sea x 2: gas, oil and gas condensate reserves in Ukraine
Standards for calculating a subsidy in Ukraine: gas, electricity, heating, housing