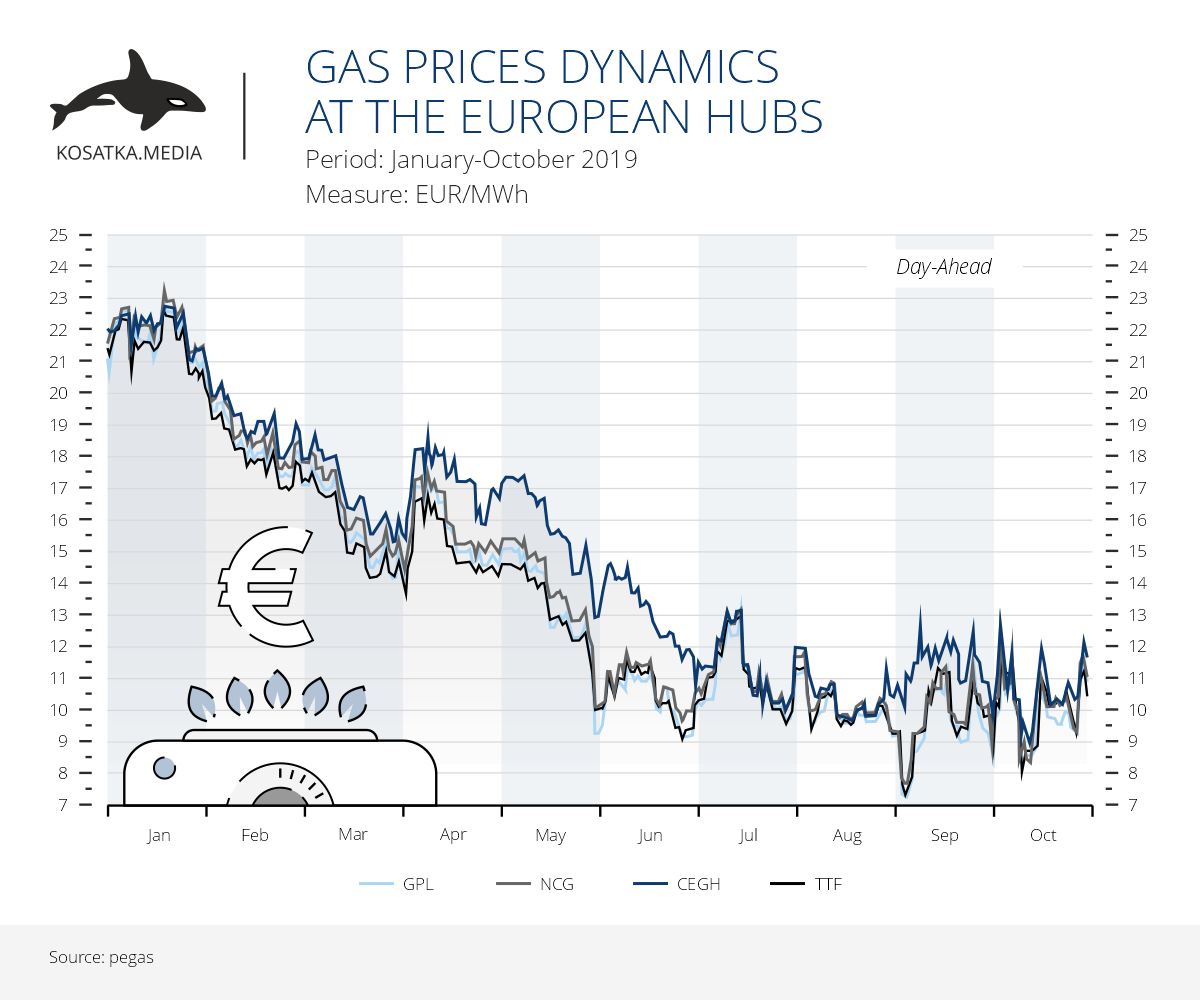 Spot quotations of natural gas at the European hubs have markedly increased during October due to a gradual seasonal decrease in air temperature and the beginning of the heating season in many EU countries that use this type of fuel for heating.

So, on October 31, the spot market for natural gas on the Paris Powernext exchange ended with the following key quotations:

Natural gas prices at all these European hubs have decreased by more than 2 times since the beginning of this year. So, in early January, the price of gas at these four hubs was in the range of 20.54-21.94 €/MWh.

Such a sharp reduction in price was caused by two key factors, the first of which was the decline in international oil prices, as gas prices are largely dependent on oil prices. In 12 months Brent crude oil, from the beginning of November 2018 to the end of October this year, fell by 17.3%, to $60.24 per barrel.

The second factor was a significant increase in the supply of American LNG to Europe, starting from October 2018. As a result of the trade confrontation between the USA and China and a duty imposed on the supply of American LNG at a rate of 10% of the price in 2018, Europe became the market where the volumes of the product that became uncompetitive in the Chinese market were directed.