According to the ASGI+, as of October 16 this year, the total filling rate of European gas storage facilities (UGS) is 77.07%. The injection is only 20% more than gas extraction. At the same time, the overall level of stocks increased by only 0.06 percentage points. 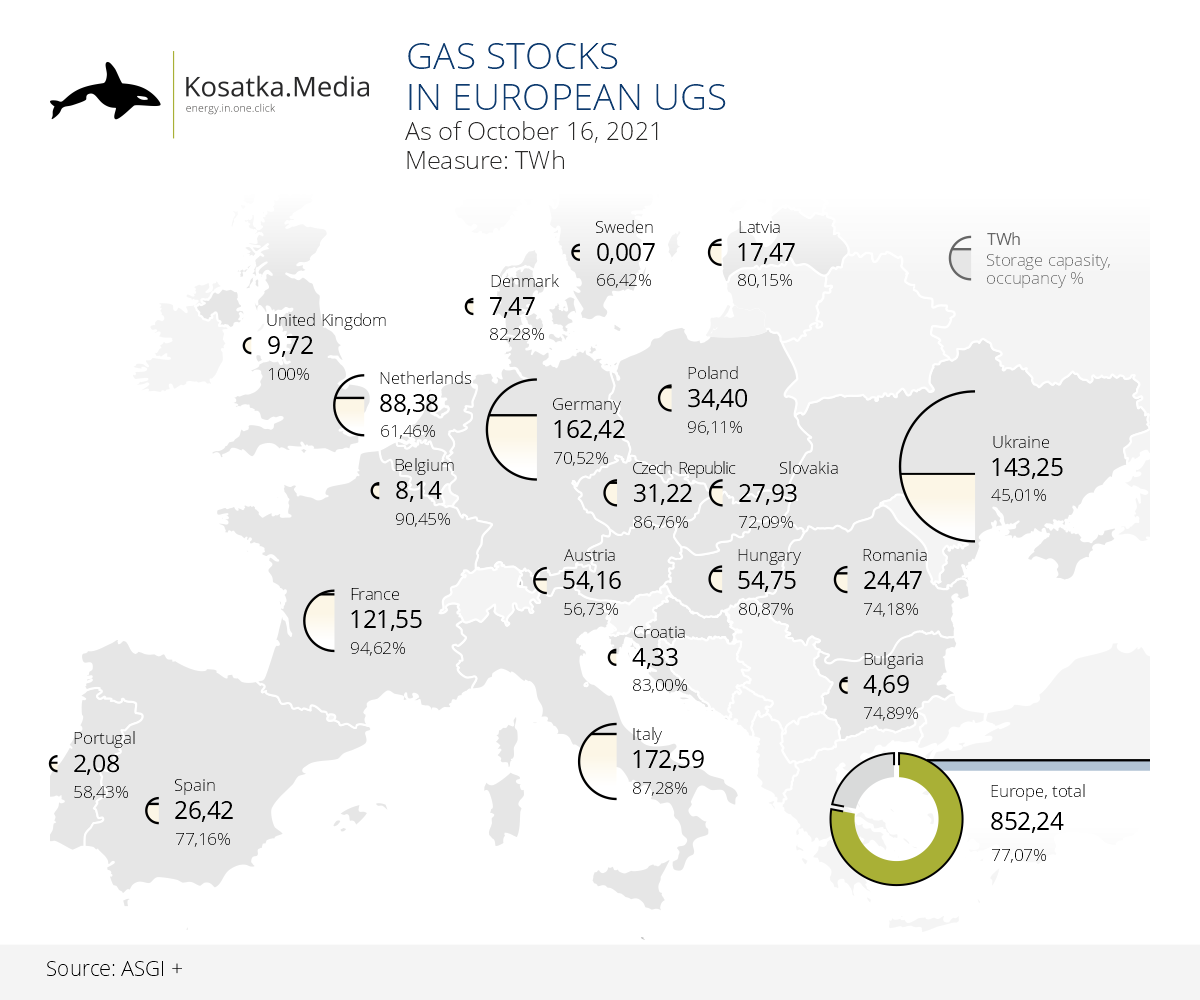 All other countries have the worst filling rates compared to last year.

Outsiders in terms of injected gas volumes among European countries this year are Austria (56.73% occupancy) and Portugal (58.43%).

However, Ukraine even lags behind them with the UGS occupancy rate at the level of 45.01%.

In general, UGS facilities in Europe experience a gas shortage at the beginning of the heating season. This gives impetus to further growth in prices for natural gas.

To recap, the price of November gas futures on the Dutch TTF index exceeded $1280 on October 7. The day before, gas futures prices reached a record high of $1937 per thousand cubic meters.

Ukrainians have paid UAH 214 bln for utilities over a year
Utility debts: debt collectors’ rights and what they are forbidden to do
The Azov Sea x 2: gas, oil and gas condensate reserves in Ukraine