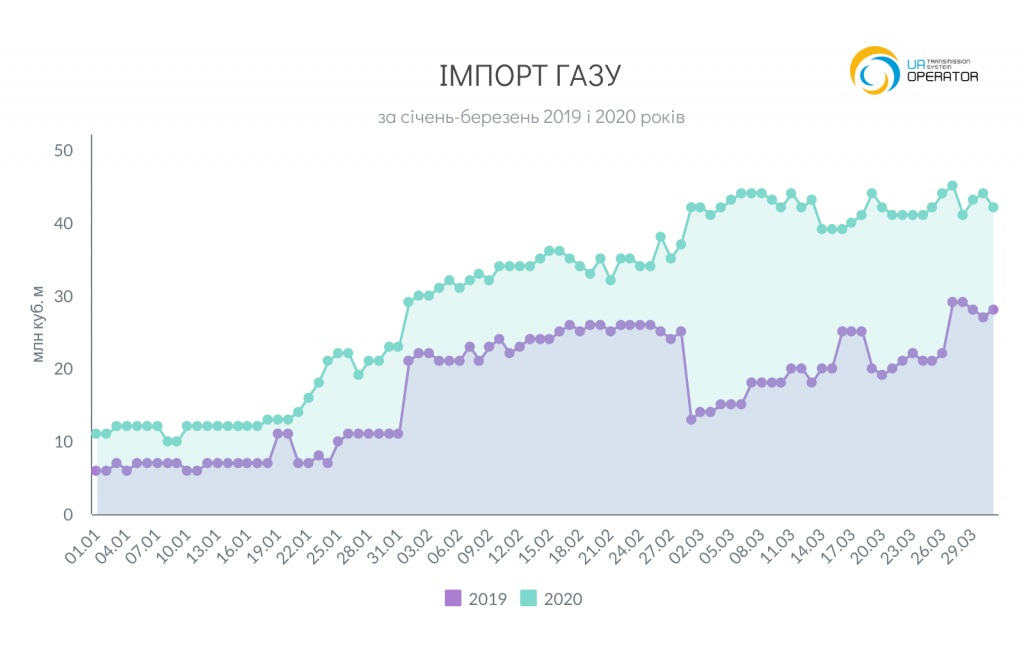 The indicated volumes of imports from Poland also include a virtual reverse flow, which became available for the first time since the beginning of this year – 0.28 billion cubic meters.

Today, all imported volumes of the fuel come exclusively from European Union countries. Ukraine has not imported gas from the Russian Federation since November 2015.

To recap, gas transit through the gas transmission system of Ukraine in the first quarter of 2020 decreased by 53%.