Gazprom CEO Oleksii Miller said that the company would exceed its obligations on gas transit through Ukraine in 2021.

This was stated in a message on the company's Telegram channel on November 12, Kosatka.Media reports.

Gazprom has approved a plan to inject the company's gas into European underground storage facilities and is currently implementing it. Various routes of gas transportation are used. Including - through the territory of Ukraine. Our obligations under the transit agreement with Ukraine will be exceeded this year,” the head of the company is quoted by her press service.

Recall that the terms of the contract with Gazprom provide for the pumping of 40 billion cubic meters of gas in 2021.

According to the daily operational data of the Ukrainian GTS Operator, on November 11, 109 million m3 of gas was received through two entry points from Russia (Sudzha and Sokhranovka).

The head of the Ukrainian GTS Operator Serhii Makohon said on Facebook that Gazprom's gas storage facilities in Europe, despite political statements about the start of pumping into underground ones, began to empty.

“Over the past three days, gas reserves there have decreased by 0.15%. At present, the reserves there are at a critically low level. In particular, according to European operators of UGS facilities, only 2.8 million cubic meters of gas were pumped into Rehden on November 9 and 10 (the level of its reserves is 9.58%), with Jemgum (87.4%) and Haidach (54.2 %) since November 8, the selection is underway (for November 9-10, 10 million and 6 million cubic meters, respectively, were selected). Another Gazprom storage facility, Bergermeer in the Netherlands, is 30.71% full. Gas is also taken from it. The average stock level in all storage facilities in the EU, according to AGSI +, is 75.3% and the withdrawal period has already begun,” Makohon wrote. 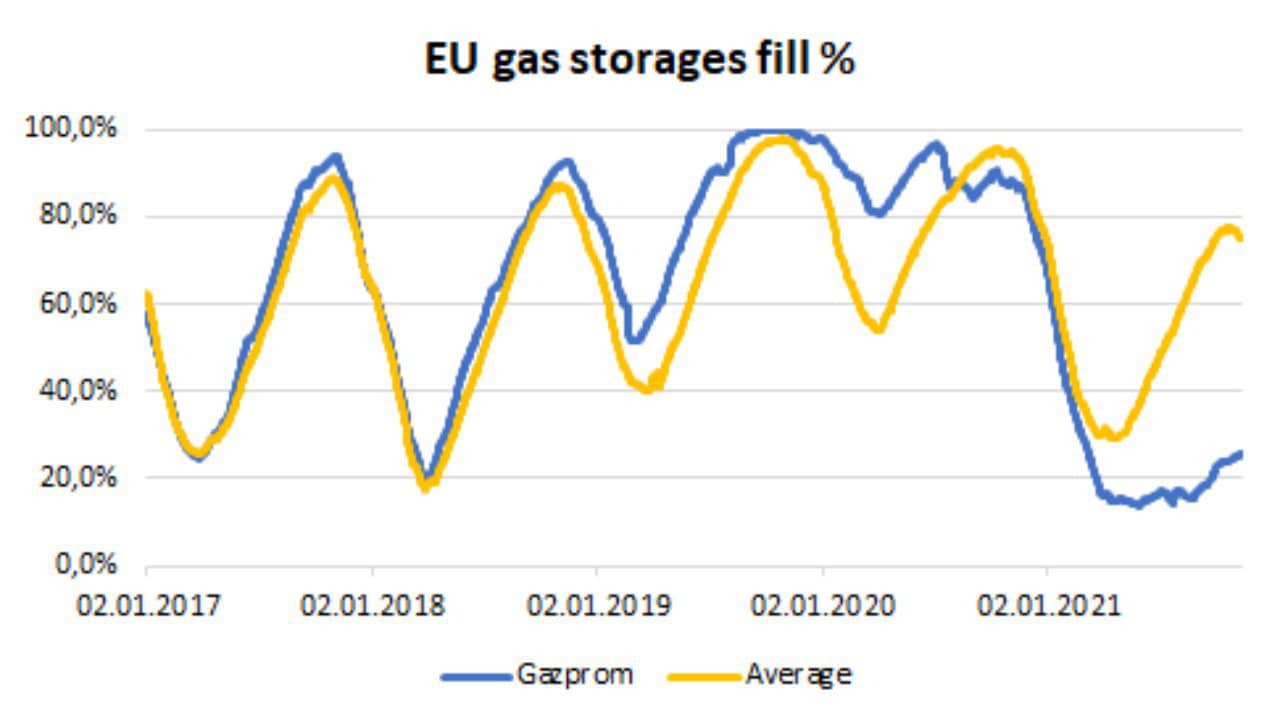 The head of GTSOU recalled that Gazprom had announced on November 9 that it had approved and started to implement the plan for pumping gas into its European storage facilities.

To recap, on November 11 it became known that Gazprom returned the volume of gas transit to the contractual level.