According to the editors, the message was subsequently removed from the Facebook page of Mayor Ruslan Martsinkiv on October 12.

The Mayor of Ivano-Frankivsk Ruslan Martsinkiv announced an emergency in the city due to the lack of gas supplies for budgetary institutions for the beginning of the heating season, UNIAN reports.

He noted that health care facilities do not have heating.

“Now there is 18-19 degrees... Despite the fact that at the beginning of the year there was an agreement on gas prices at UAH 7-8 per cubic meter, but now it turns out it costs UAH 30? And this is an additional UAH 500 thousand for the city budget. Now imagine what the situation is in educational institutions. More than 10 thousand children must study in warm and comfortable conditions. And this is more than 253 thousand cubic meters of gas and more than 7 million for the city budget. And then there are cultural institutions, libraries, social institutions... This is an emergency and a decision must be made immediately. After all, we are talking not only about material damage for the community but also about the comfort of people,” Martsinkiv said.

To recap, the local authorities and the government have agreed on heat tariffs.

The Ministry of Energy called on budget-funded institutions to carefully choose a gas supplier.

NJSC Naftogaz of Ukraine announced the price of gas for state employees.

Subsequently, a message with information about the disruption of the heating season in the city disappeared from the mayor's Facebook page, which greatly annoyed the readers. 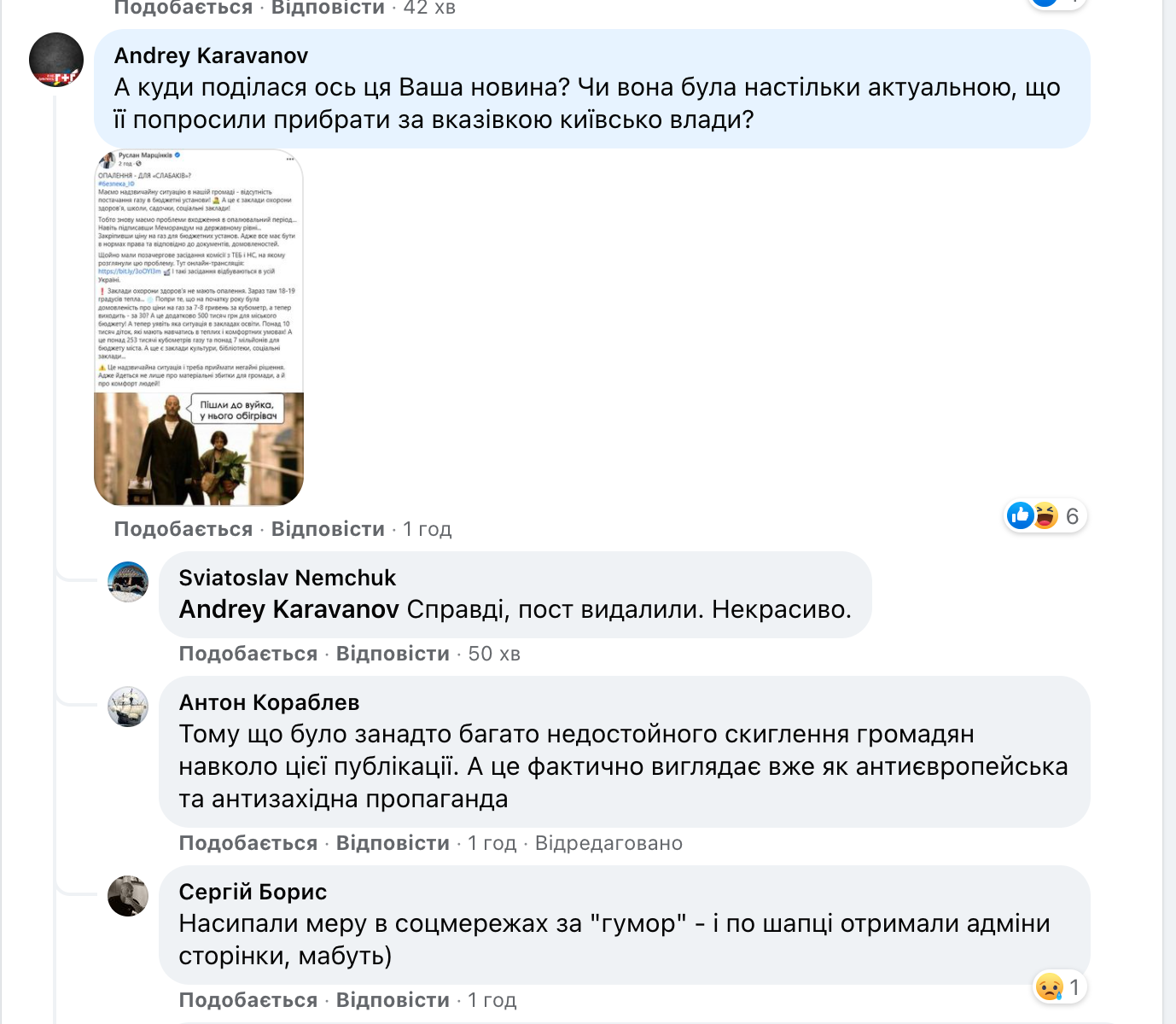