“OSCE Parliamentary Assembly's Committee on Political Affairs and Security adopted a resolution on “Energy Security in the OSCE Region” on Sunday, whose author is a parliamentarian from Lithuania, Ruta Miliute.  The amendment concern the implementation of the Nord Stream 2 and Turkish Stream projects, which was made by a group of parliamentarians from the USA, Lithuania and Canada. This resolution calls on the governments of the OSCE member states to abandon the use of energy resources as a tool to conquer and put pressure on countries depending on their import or transit”, the message says.

“This is another powerful political signal that emphasizes that the Kremlin’s projects are dangerous, they need to be stopped”, he noted. 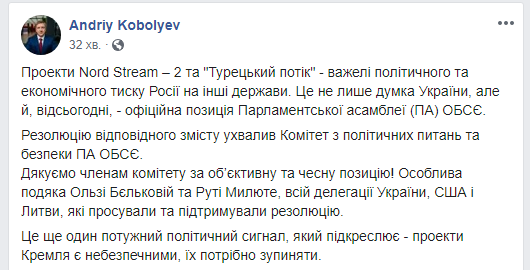 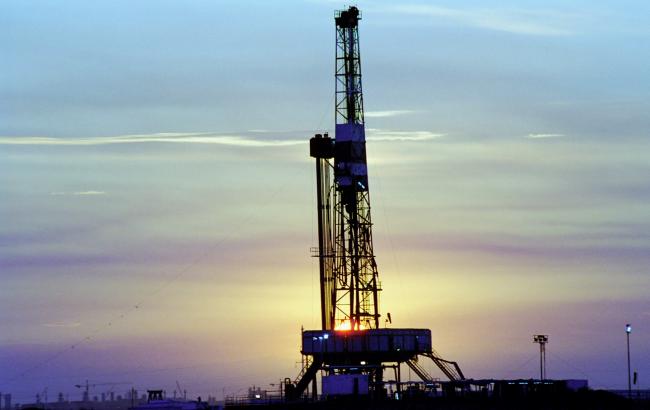 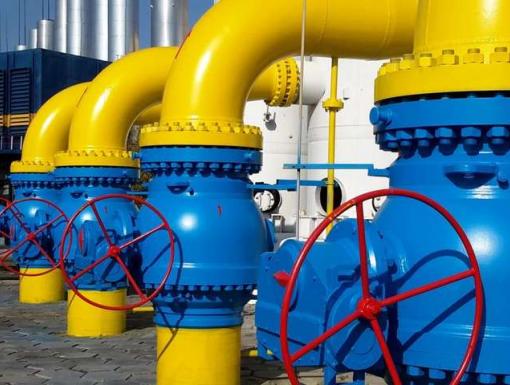 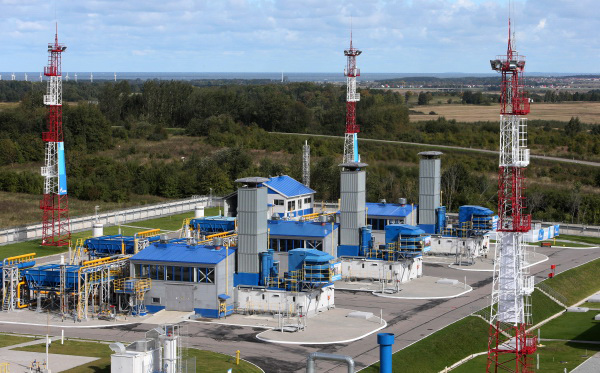