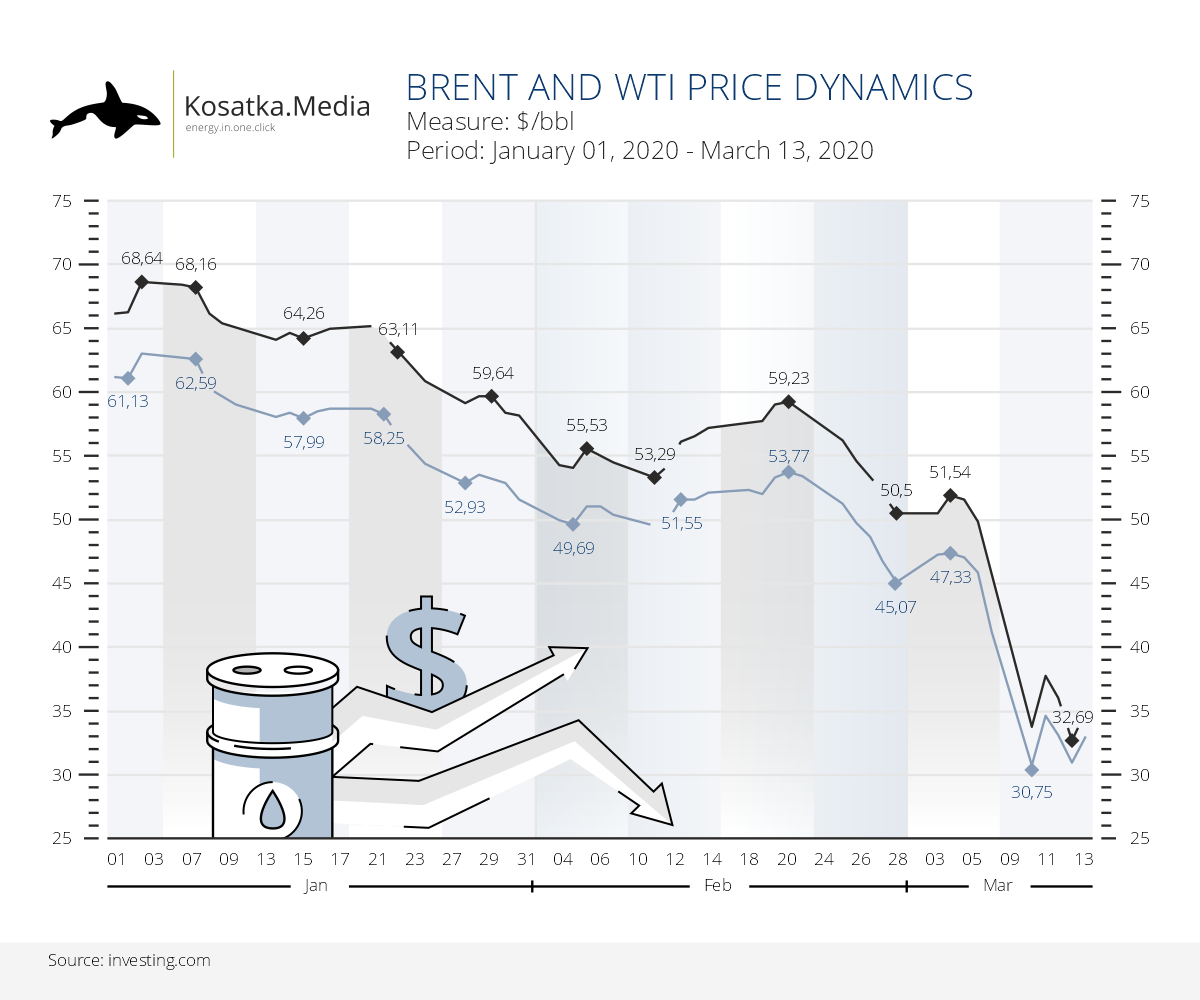 Over the past week, world oil quotations have experienced serious volatility. Last Friday, on March 6, OPEC and Russia were unable to agree to extend an agreement to limit oil production. Over the weekend, Saudi Arabia announced that it planned to increase its supply by 300,000 barrels per day, while reducing the official price for all customers. The situation was aggravated by a sharp decrease in fuel demand caused by restrictions on movement in China and northern Italy due to the coronavirus pandemic.

Overall, oil futures on the New York Stock Exchange fell  by 21% over the week. The last time such fluctuations were observed during the Persian Gulf War in 1991.

According to leading price agencies, an increase in oil demand, and respectively, an increase in prices, is possible no earlier than in the second half of the year. Hereto, the effect of coronavirus on the economy should weaken, and Russia and Saudi Arabia will find out who has a greater safety margin.