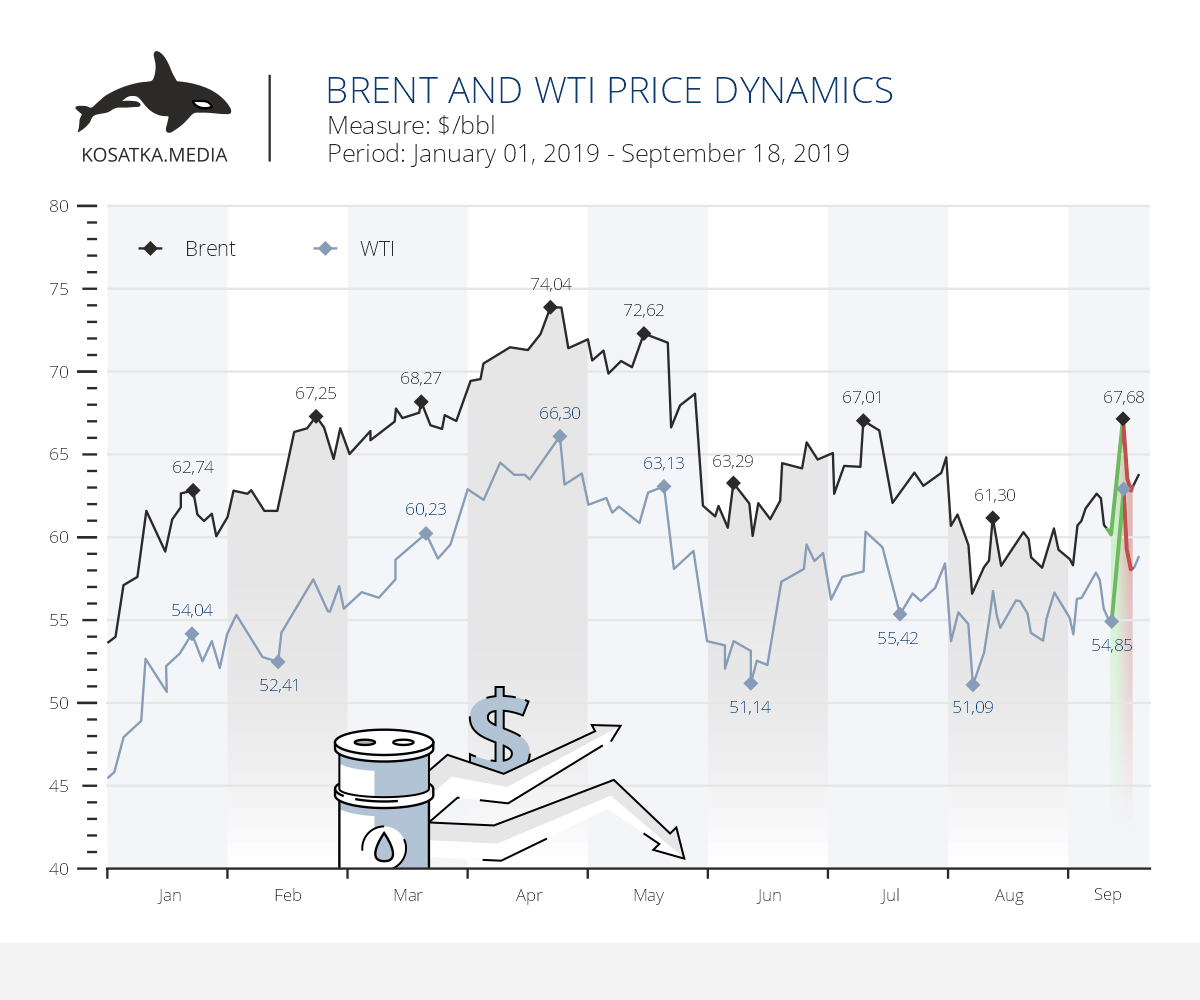 Over the past week, world oil quotations have undergone serious volatility. As of the end of trading on September 16th, futures for benchmars, Brent and WTI, increased by 12.4% and 14.7%, respectively, compared to the previous trading session on September 13th (trading on the exchange is not held on weekends). Thus, prices reached levels of $67.68/barrel for Brent and $62.90/barrel for WTI, although they reached higher levels during trading. Such a sharp increase in quotations was triggered by drones attack on Saudi Aramco's facilities. As a result, Saudi Arabia lost capacities that produced about 5.7 million barrels of oil per day, which is 5% of world production.

But the panic in the market was restrained, and oil prices as well. As early as September 16th, US President Donald Trump ordered the allocation of additional oil from US reserves to stabilize the market. And on September 17th, Saudi Arabia announced the possibility of restoring previous volumes of oil production by the end of September.

Also, it should be noted that this military attack was the largest in terms of the volume of lost oil capacities in the world. The second place is followed by the Iranian Revolution in 1978. Then, oil production in Iran decreased by 5.6 million barrels of oil per day.