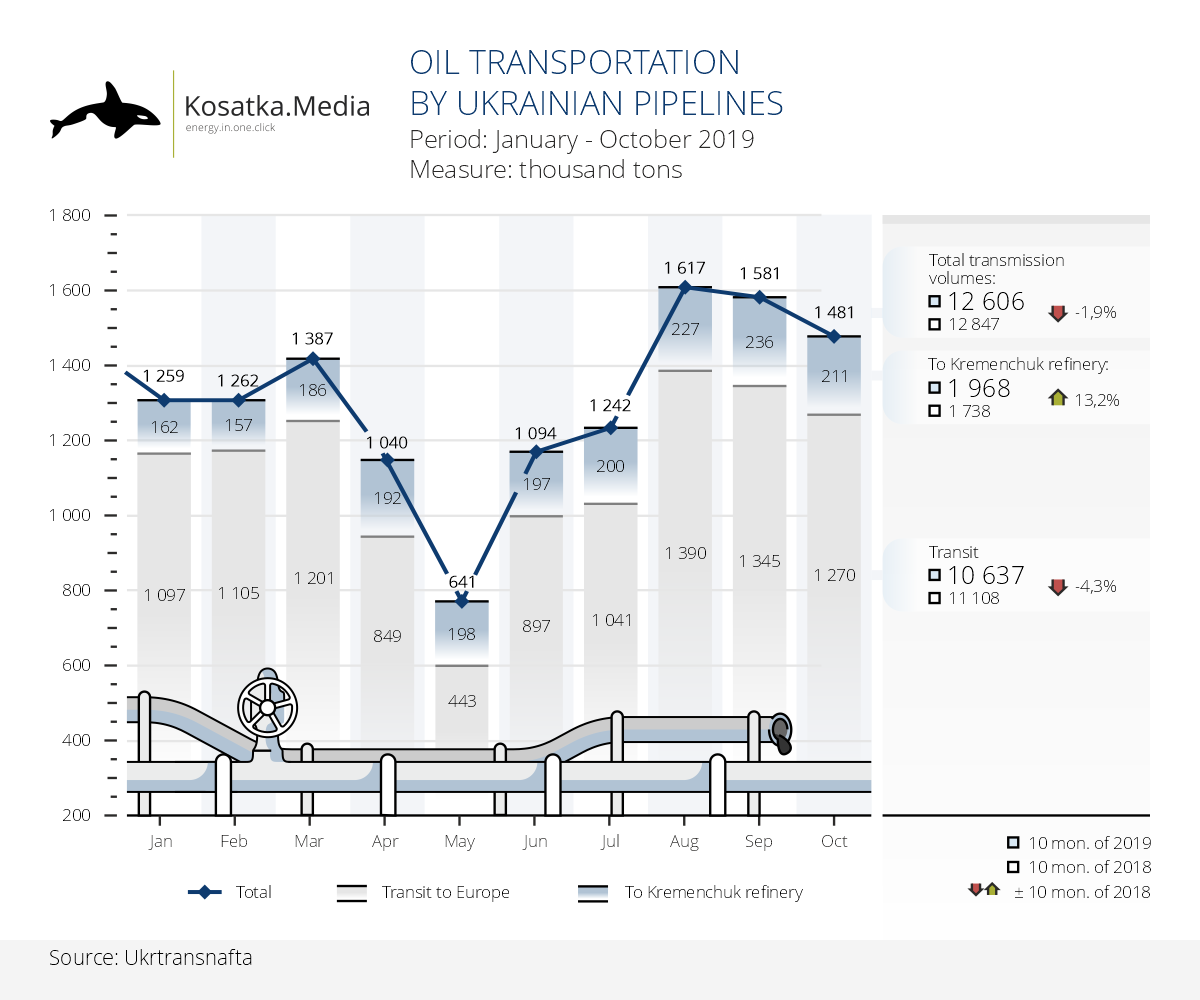 According to the results of 10 months of this year, Ukrtransnafta increased oil transmission for supplies to Kremenchuk refinery by 13.2% compared to the same period in 2018, to 1.968 million tons. This was due to the increase in purchases of imported raw materials by Ukrtatnafta, which owns this refinery in order to increase load and production of petroleum products.

In addition to acquiring Azeri light from Socar, which supplies approximately the same volumes as last year, Ukrtatnafta signed a contract with BP international energy company (formerly British Petroleum) to purchase oil on the international market. BP has already supplied four tanker shipments of oil to Odesa Sea Port with a volume of about 80 thousand tons each: three cargoes arrived from the United States and one from Libya.

Oil transit through the main oil pipelines of Ukraine to the refineries of Slovakia, Hungary and the Czech Republic decreased during 10 months of 2019 by 4.3%, to 10.637 million tons. The total result for January-October decreased due to a stop in the transit pumping of raw materials from 25 April to May 11 and May 17 to 21 in connection with the flow of oil to the international oil pipeline system with a high content of organic chlorides from Russia. As a result, the transit volumes of raw materials decreased significantly in the second quarter of the year.

The decrease in transit to the three countries of Central Europe was almost completely balanced by the increase in transmission for the needs of Kremenchuk refinery, which is the only recipient of oil through the Ukrtransnafta pipelines. As a result, over 10 months the total pumping volume decreased by only 1.9% compared to January-October 2018, to 12.606 million tons.

Dynamics of oil transmission in 2019: