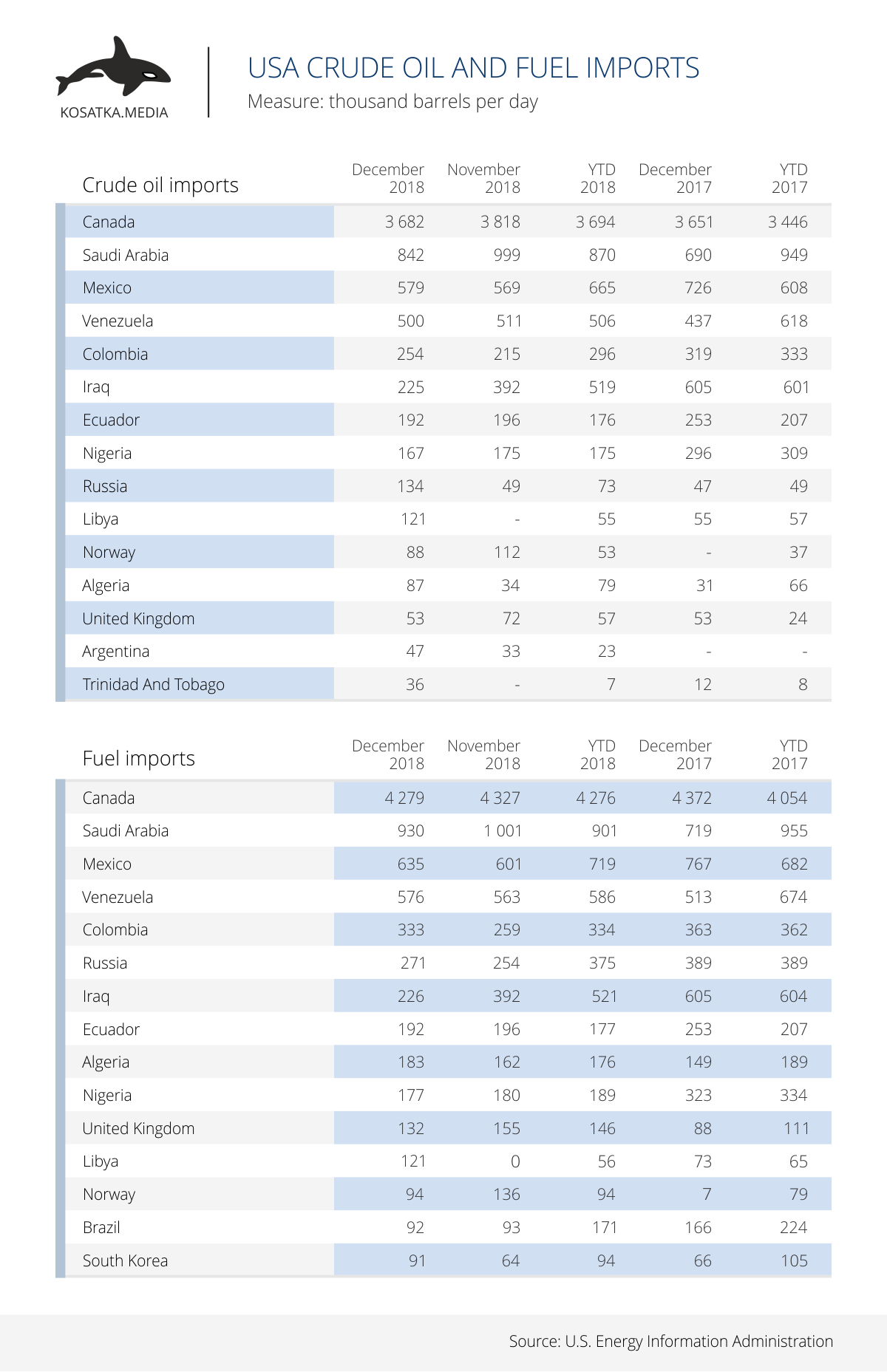 During 2018 the US imported on average 7.248 million barrels of crude oil per day (more than 60 thousand barrels less compared to 2017). The supply volumes of the five largest exporters of crude oil to the United States on average amount to 6.031 million barrels per day, which is equivalent to 83% of the total oil imports by the United States. The largest oil supplier for the US is Canada in 2017 and 2018. From 7.2 million barrels, on average it supplied 3.7 million per day (50.9% of the average daily imports). Compared to 2017, daily crude oil imports from Canada to the US increased by 248 thousand barrels.

The US also buys impressive volumes of various fuels abroad. Canada is also the largest partner that exports fuel to the States. Following the results of 2018, the average daily volume of fuel imports to the USA amounted to 8.815 million tons barrels per day (219 thousand barrels less than at the end of 2017). At the same time, Canada supplied 48.5% of the daily average import – 4.276 million barrels per day (by 222 thousand barrels more than in 2017).