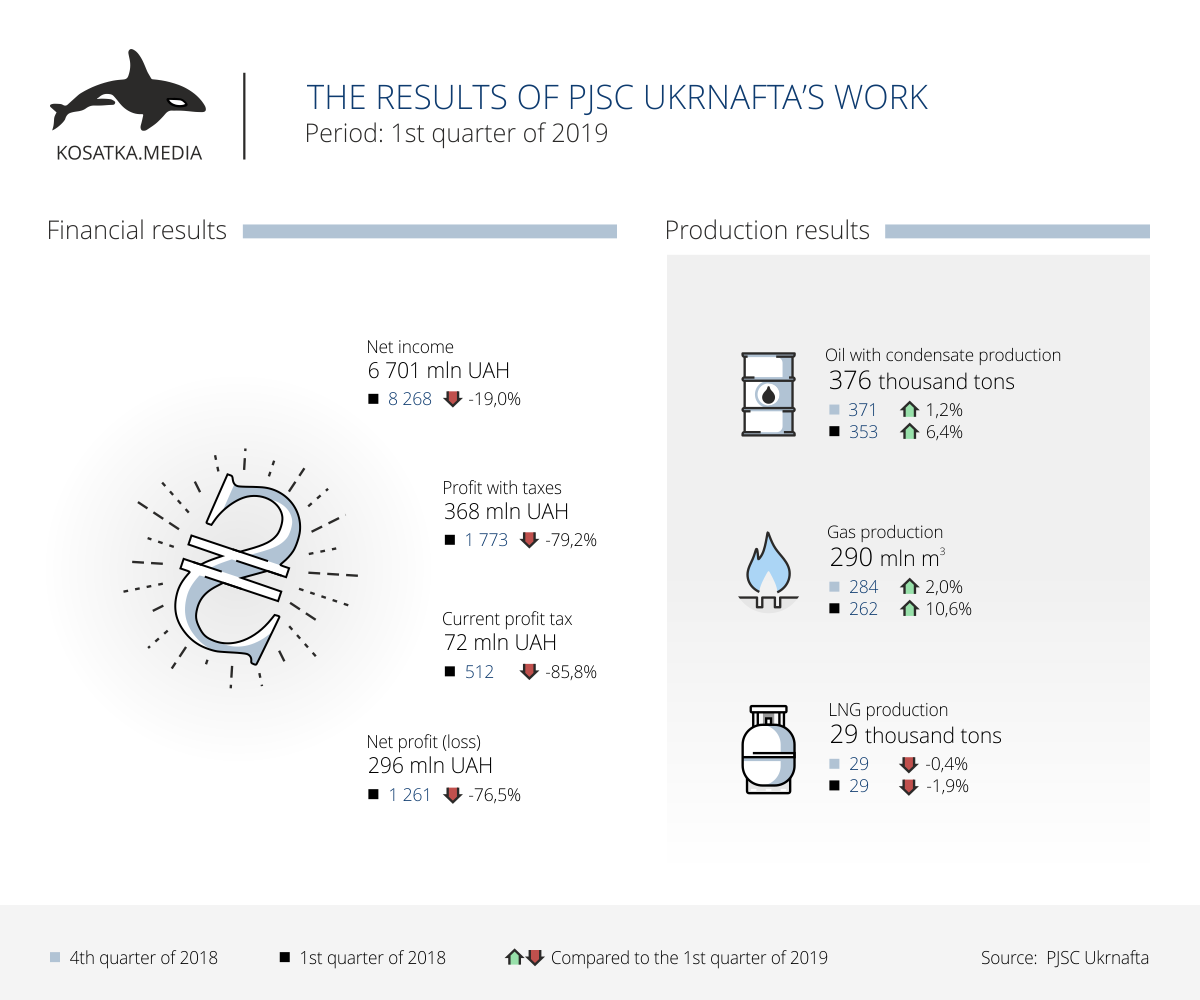 In particular, increase in production figures is based on 3 hydraulic fracturing of formation, capital repairs of more than 20 boreholes and 10 operations connected with production intensification.

It should be noted that with the improvement of most of the production figures, Ukrnafta's financial results decreased compared to the 1st quarter of last year. Thus, net income amounted to 6.701 million UAH (-19%), while net profit was 296 million UAH (-76.5%).

Recall, that at the meeting on 11 April 2019, Yuriy Vitrenko was appointed as the Head of the Supervisory Board of PJSC Ukrnafta by the Executive Director of NJSC Naftogaz of Ukraine

Also, instead of Andriy Kobolyev, Serhiy Konovets and Kostyantyn Pozhydaev dfom Naftogaz, the former Deputy Minister of Finance Olena Makeeva, a member of the Strategic Group of Advisers for Reforms Support in Ukraine Andriy Boytsun and the former Head of National Securities and Stock Market Commission Oleh Mozhovyi were included in the Supervisory Board as independent councilors.