In the first half of 2021, in comparison with the same period last year, Ukraine used more gasoline and liquefied propane/butane. Gas consumption decreased during the warm period, while coal consumption remained almost unchanged, according to the data of Ukrstat. 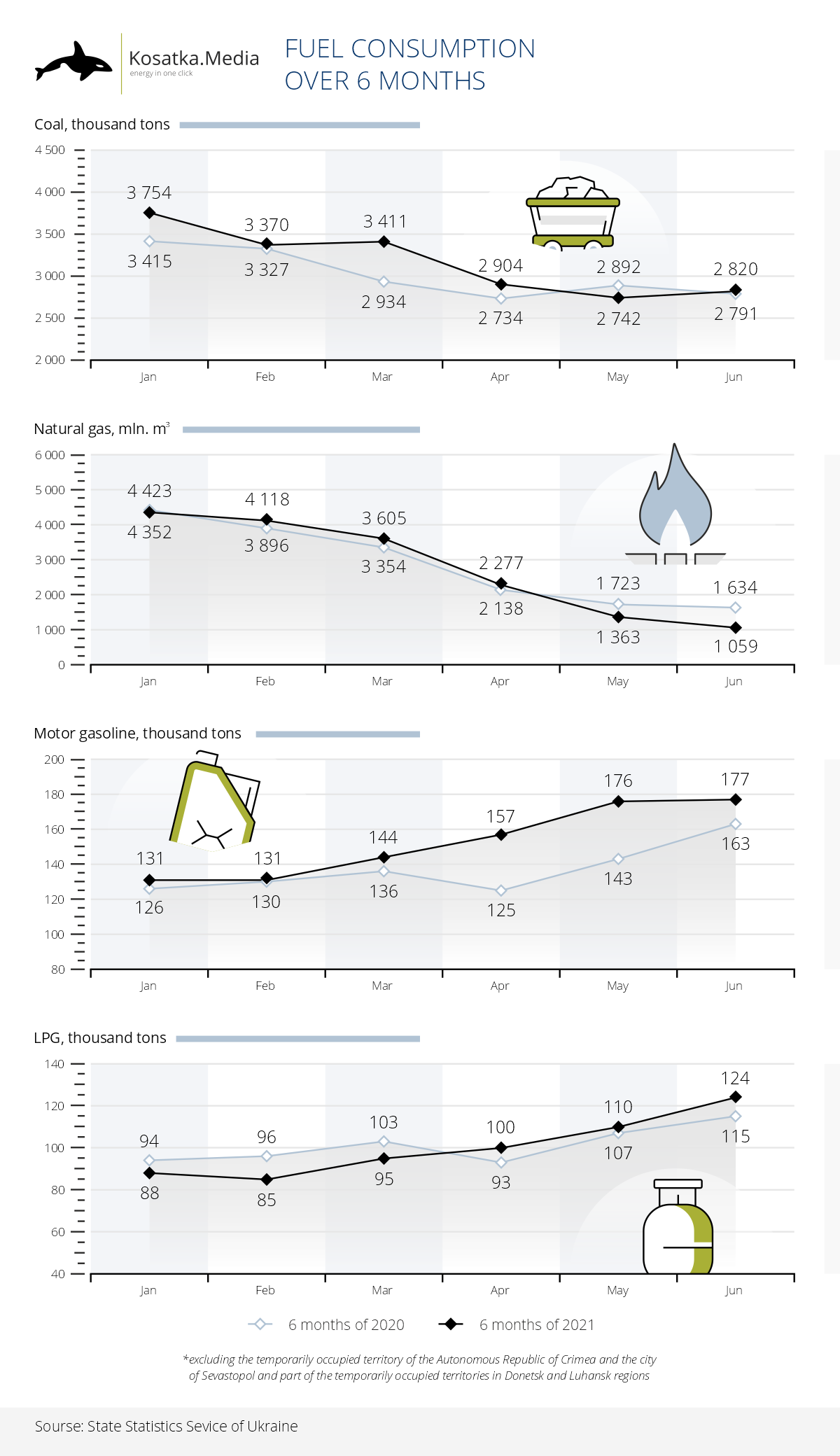 Ukraine also began to consume more propane and liquefied butane since April compared to last year - 100, 110 and 124 thousand tons in April, May and June 2021, respectively, against 93, 107 and 115 thousand tons in the same months last year.

But the Ukrainians consumed more natural gas in January-March this year than in the past. But since April, it has been significantly reduced compared to last year. Especially in June – 1059 thousand tons this year against 1634 last year.

Coal was consumed more than a year earlier, in March - 3411 thousand tons against 2934. In other months the difference is insignificant.

Fuel stocks of all types decreased by 15-30% during the year
Efforts to combat the circulation of illegal fuel: Results for Q1 2021
Oil prices in March-July 2020: record highs