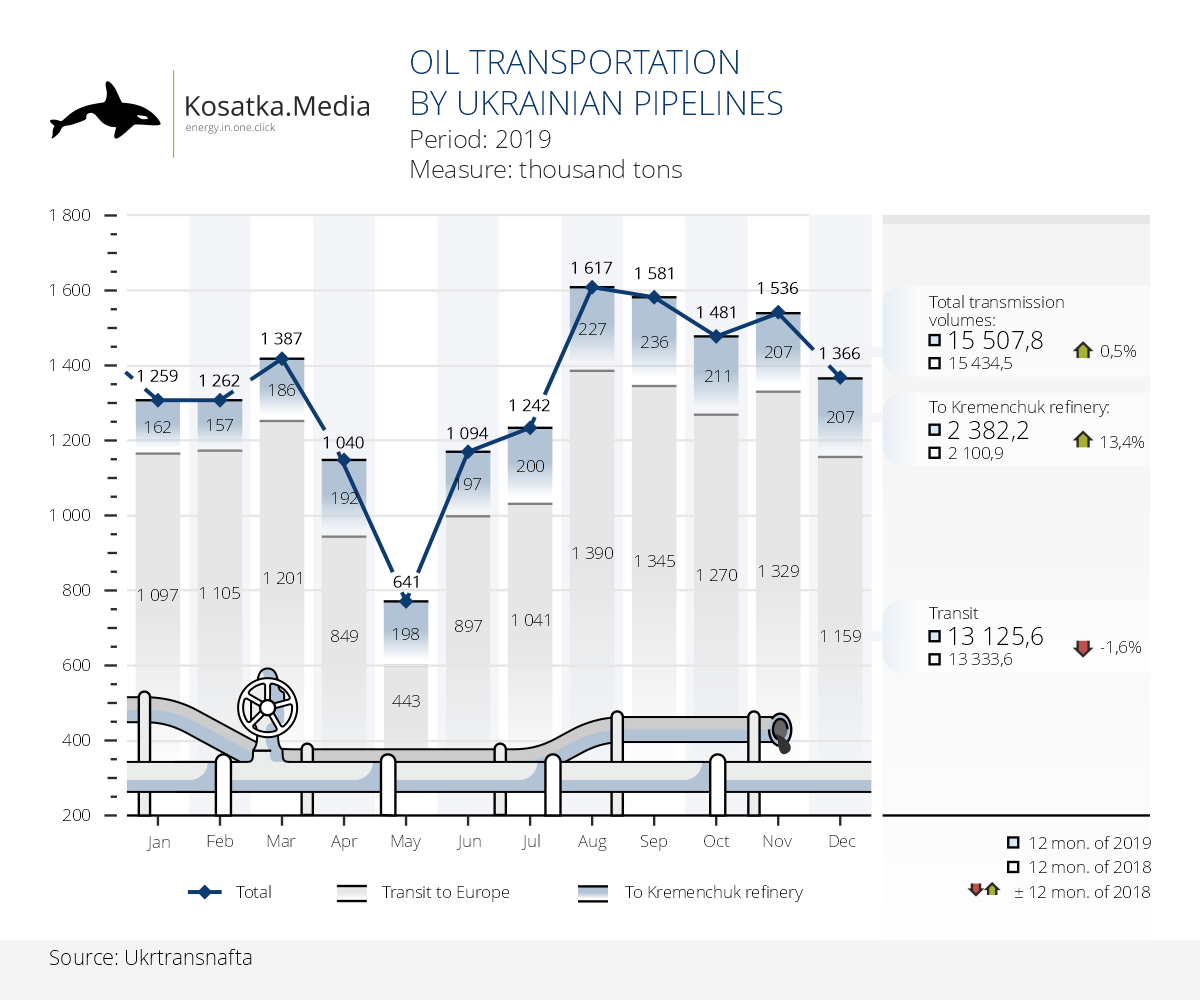 The state-owned company Ukrtransnafta, the operator of the main oil pipeline system of Ukraine, increased oil transportation to Kremenchuk refinery in 2019 by 13.4% up to 2,382.2 thousand tons compared to 2018. The private company Ukrtatnafta, which owns this refinery, has been increasing the purchase of imported raw materials in order to increase the load and production of petroleum products since April.

If in the first quarter of 2019, Kremenchuk refinery received only 505.1 thousand tons of oil, or 0.7% more than in January-March 2018 through Ukrtransnafta pipelines, then in April-December, flow volumes already increased by 17.4% compared to the corresponding period last year, up to 1,877 thousand tons.

During April-December, Kremenchuk refinery received not only Ukrainian and Azerbaijani raw materials, but also for the first time refined oil from the USA and Libya, which Ukrtransnafta pumped through Odesa-Kremenchug pipeline.

Ukrtransnafta also reduced oil transit through Ukraine’s main oil pipelines to refineries in Slovakia, Hungary and the Czech Republic throughout 2019 by 1.6%, to 13.126 million tons.

As previously reported, the overall result of oil transit in 2019 decreased due to a stop in the transit pumping of raw materials for 22 days in April and May due to the flow of oil with an increased content of organic chlorides from Russia to the international oil pipeline system.

The decrease in transit to three countries of Central Europe was blocked by an increase in transportation for the needs of Kremenchuk refinery, which is the only Ukrainian recipient of oil through Ukrtransnafta’s pipelines. The second Ukrainian oil refinery, Shebelinsky GPP, receives gas condensate and oil by rail or through its own pipelines from the Ukrgazvydobuvannya fields.

Dynamics of oil transportation in 2019:

As it is know, about 57% of Ukrtatnafta’s shares belong to companies whose beneficiaries are Privat Group of Ihor Kolomoisky and Hennady Boholyubov, as well as their partner Oleksandr Yaroslavskyy, and 43% of the shares are owned by Naftogaz, which has not carried out operational control of the enterprise for many years and does not receive dividends from its work.

Efforts to combat the circulation of illegal fuel: Results for Q1 2021
Oil prices in March-July 2020: record highs
Energy consumption in Ukraine in March 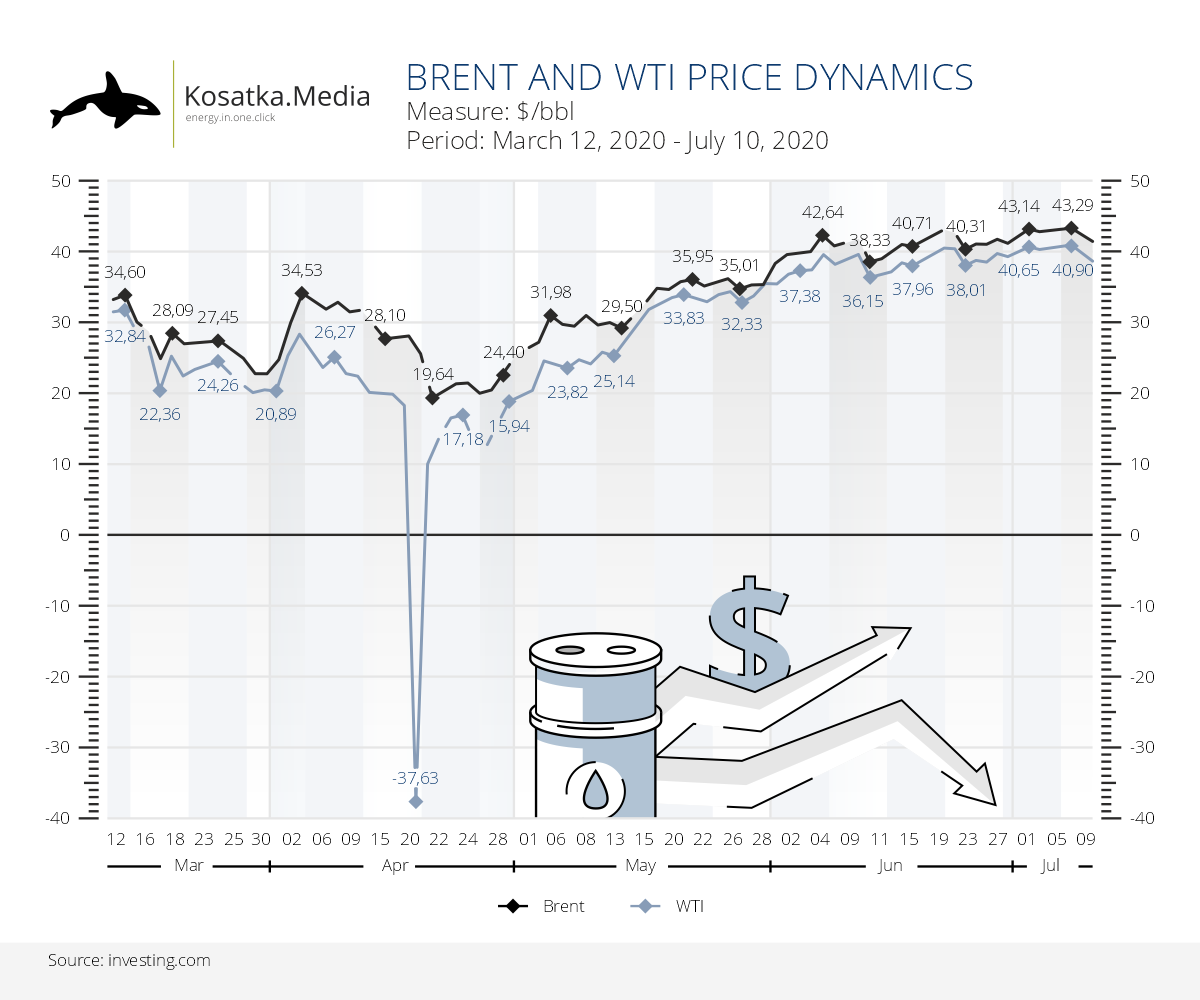