Today, May 2, 2019, the 2nd round of the first in Ukraine electronic auction for the sale of special permits for the development of oil and gas fields was held.

Today, May 2, 2019, the 2nd round of the first in Ukraine electronic auction for the sale of special permits for the development of oil and gas fields was held.

As a result, 7 lots were sold for a total cost of over 92 million UAH.

Type of mineral: oil, natural gas and gas condensate. The deadline for granting licenses is 20 years.

Bidding was not particularly hot – the amounts proposed at the start of the auction became final: 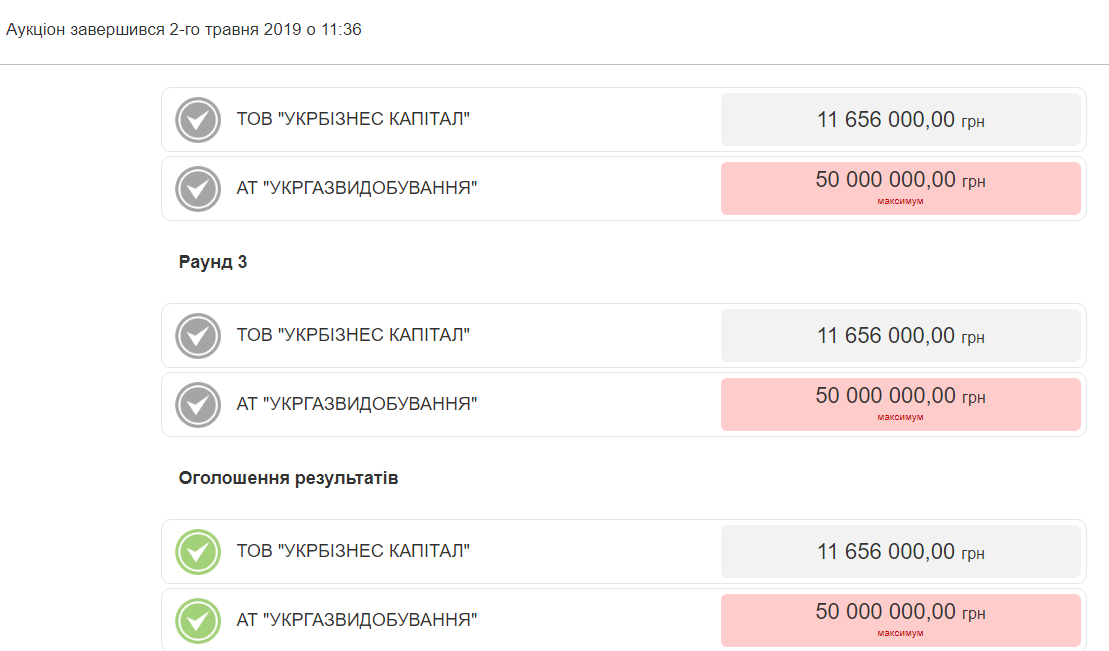 The Dobrensky field of hydrocarbons is located in the Krasnohradsky district in Kharkiv region. The only competitor of the company was CARGO PROM LLC, which initially offered the same price per lot – 6.300.100.00 UAH. In the second round, Ukrgazvydobuvannya added another 50 thousand and 1 UAH, which allowed the company to win the auction. 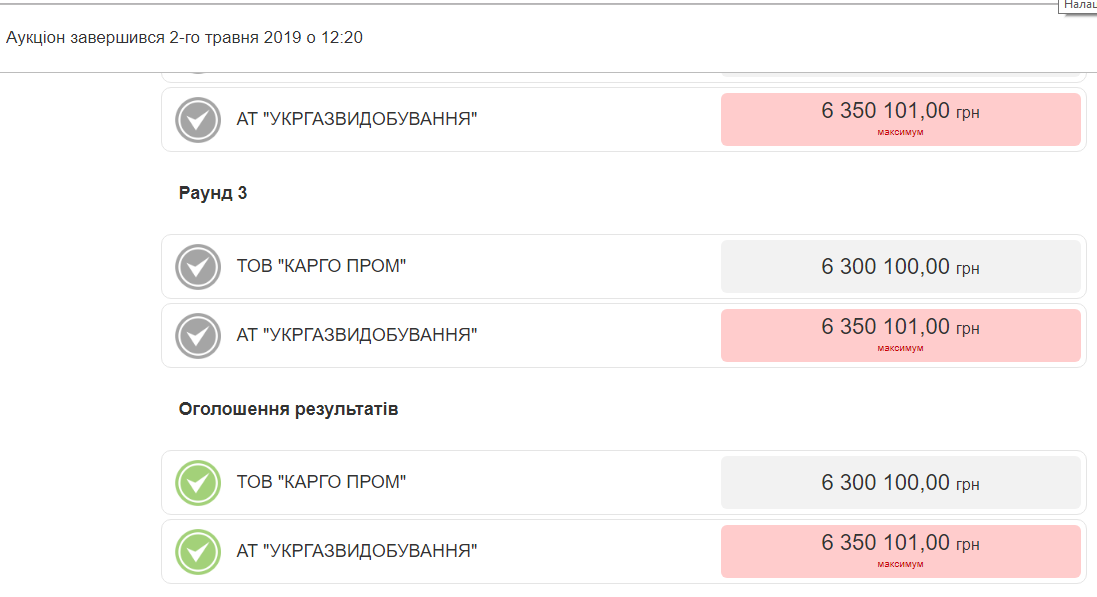 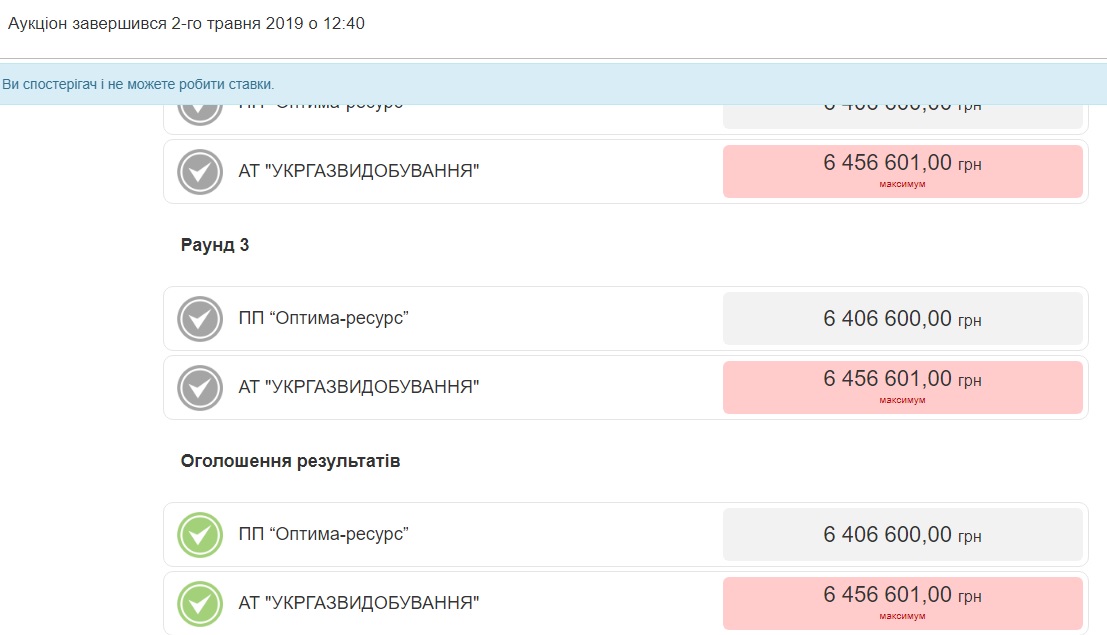 As a result, 7 million 704.701 thousand UAH were paid for the special license for the development of the field. 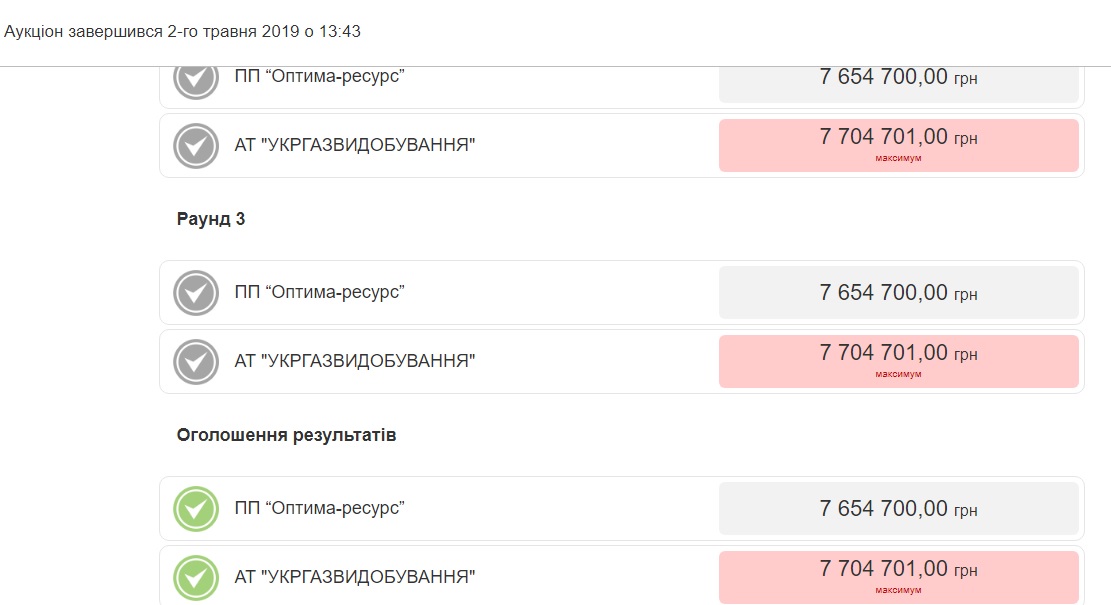 The final supplies of money of the company were formed in the second round and they remained invisible until the end of the auction. 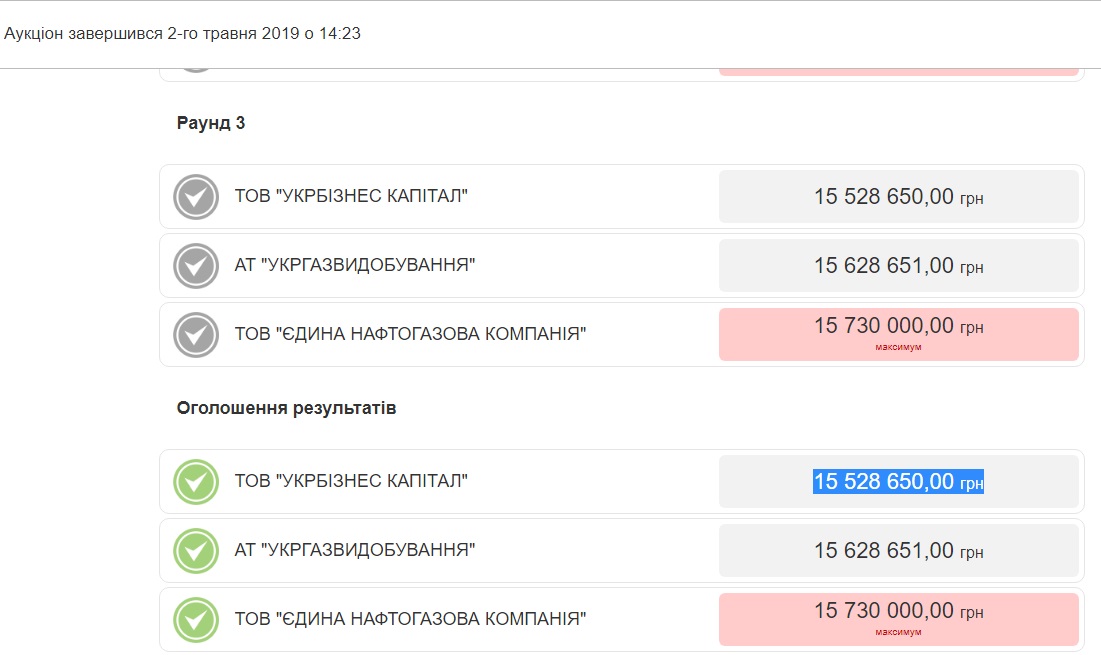 4 bidders took part in the auction. But Ukrgazvydobuvannya became the winner again, having offered as a result for the area of ​​6 051 001.00 UAH. The proposed price during the bidding has more than doubled.

In the second round of bidding, Ukrgazvydobuvannya’s competitor was Naftogazova kompaniya BanGaz LLC – both companies raised the price to 4.8 million UAH. And in the third round, Prikarpatresurs LLC became a competitor, bringing the price up to 6 million 51 thousand UAH. In response to this increase, Ukrgazvydobuvannya added 1 UAH and won the bidding. 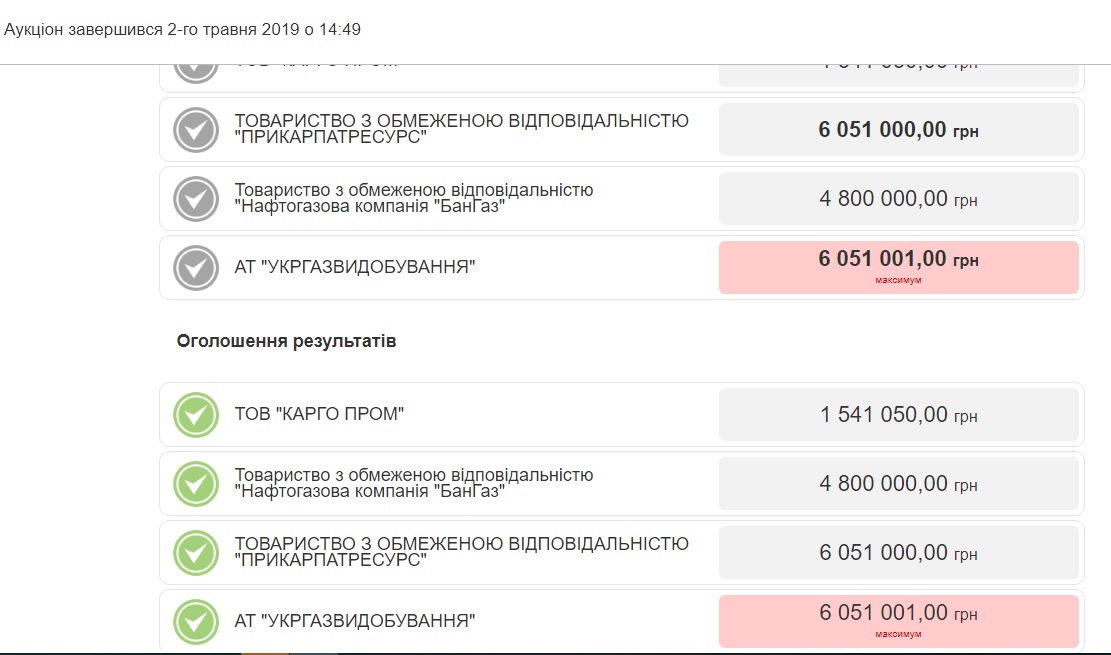 Площадь Opolonovska-2 field, also located in the Borznya and Bakhmach districts of Chernihiv region, was not put up for auction, although it was planned. Its initial cost is 231.8 thousand UAH.

Ukrnaft appointed Chairman of the Management Board

US cuts oil production by 2.3 million barrels per day