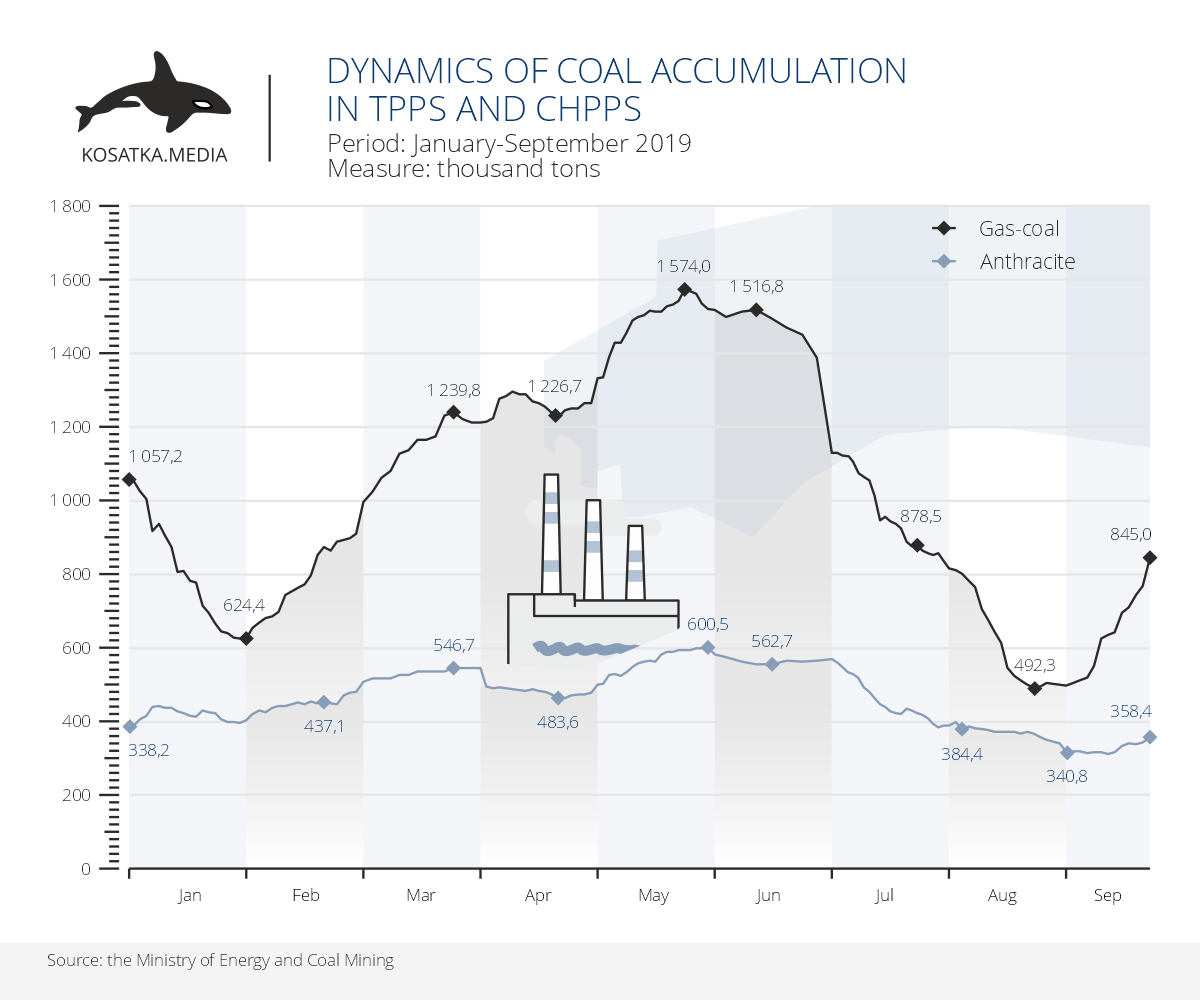 The previous heating season in Ukraine officially ended in the period from April 1 to 15 (depending on the region). Almost 6 months have passed since then, and now the country is on the verge of new trials in winter. Winter is coming, as the saying goes. But not all enterprises of energy sector used this time responsibly. And here we will focus on electricity production using coal.
As of April 15, 1757.4 thousand tons of coal were stored in the warehouses of Ukrainian TPPs and CHPPs, of which 488.4 thousand tons of anthracite (grade A + P) and 1269.0 thousand tons of gas-coal (grade G + D). According to KosatkaMedia estimates, this indicator decreased by 31.5% (by 554 thousand tons), and according to the latest data from the Ministry of Energy and Coal Mining, on September 23, 1203.4 thousand tons of thermal coal were stored in warehouses (358.4 and 845.0 thousand tons of anthracite and gas-coal, respectively). Recall that the maximum possible load volumes at the TPPs and CHPPs warehouses are 5573 thousand tons. It follows from this that now their occupancy rate is 21.6%.
Interestingly, that TPPs and CHPPs began to accumulate coal of various grades during the heating season, and the maximum coal reserves were recorded on May 27 – 2168.8 thousand tons (38.9% of the maximum storage capacity). Since then, coal volumes have been rapidly declining, and the opening of the electricity market (July 1) only accelerated the pace.
Therefore, in the context of the production capacities of thermal power plants from July 1 to September 23, the volume of coal accumulation changed as follows: