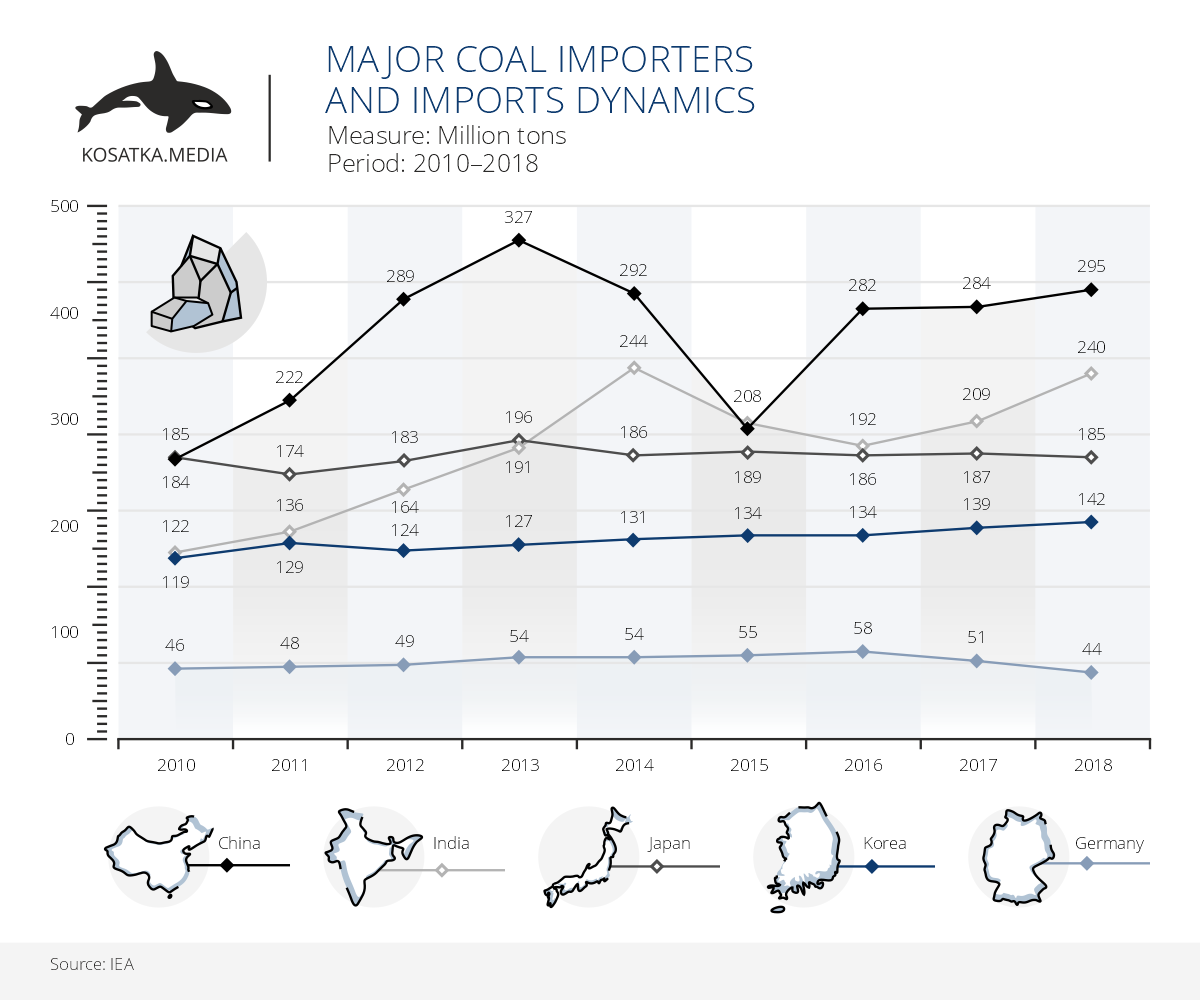 The total volumes of coal imports in the world in 2018 are estimated at 1.424 million tons. This is by 3.6% more than in 2017. The major coal importers and supply dynamics are shown in the infographics. 5 countries account for more than 63% of global coal supplies. Shares of countries in world coal imports:

According to the forecasts of Chinese analysts, in 2019 coal imports to China will increase to the level of 305 - 320 million tons, even after Beijing's statements to limit the use of coal. According to the results of 9 months of this year, supplies to China have already increased by 9.5%.

Over the past 8 years, coal imports to India have doubled. Coal generation capacities in India are 201 GW, which provides 56% of the total generation. Despite the global trend towards the closure of TPPs, the country's plans do not foresee their reduction. The main sources of coal to India are Indonesia (70%) and South Africa (15%).

Japanese coal generation occupies 1/3 of the total balance of electricity production. Japan receives 99% of the coal consumed through imports. The main sources of imports are Australia (61%), Indonesia (15%) and Russia (11%). It should be emphasized that in 2010, China and Japan had the same level of coal imports.

South Korea's imports structure is similar to Japan. Australia supplies 33%, Indonesia – 28%, Russia – 18%. Korea is now decommissioning TPPs over 30 years old. However, coal will play its role until it is economically feasible. The share of thermal power plants in the country's generation is 40%.

Germany holds the position of the largest importer of coal in Europe. However, in parallel with the development of renewable energy, coal imports are experiencing a downward trend. According to recent forecasts, imports in 2019 will decrease by another 10% - to 39 million tons. Until 2038, the country plans to abandon fossil fuels.