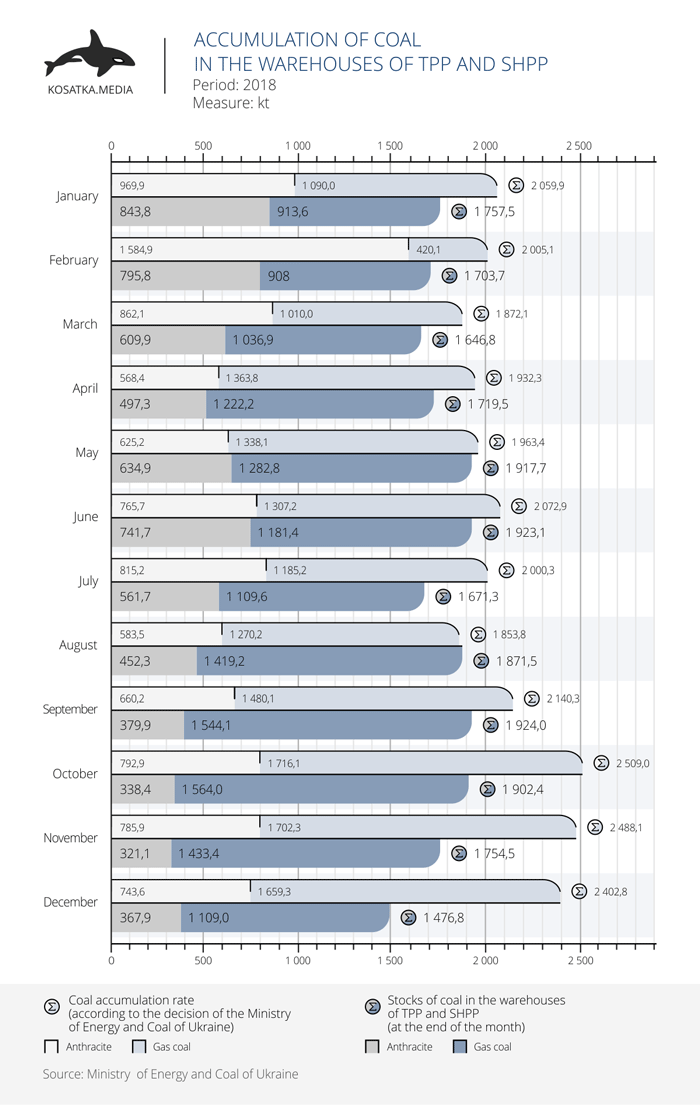 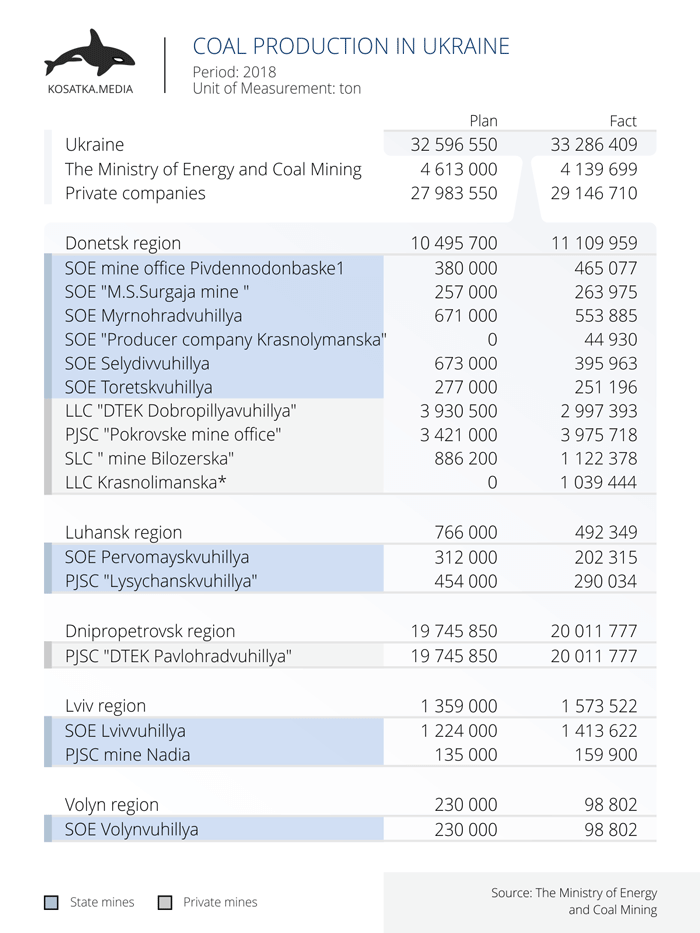 In the result of a trend analysis of coal accumulation at Ukrainian TPPs and CHPPs, it can be concluded that the accumulation rates established by the Ministry of Energy and Coal Mining for the period of 2018 were performed only in August. There was a high gap between planned and actual reserves in warehouses almost all the time during the remaining months.

At the same time, it was produced 33.28 million tons of coal for 12 months 2018 in Ukraine, against planned 32.59 (overachievement of target by 2.1%). However, in the total structure the state enterprises, controlled by the Ministry of Energy and Coal Mining, produced only 4.13 million tons of coal (12.5% of the total volume), the plan was 4.61 million tons, failing to fulfill a plan by 10.3%.

Private enterprises, controlled by DTEK of Rinat Akhmetov, in their turn produced 29.14 million tons of coal (87.5% of the total volume). It happened that DTEK increased production volumes and blocked the lagging behind the plan of state mines with its overproduction, and in addition to this, it exceeded own mining plans.

Recall, that in 2018 for the first time since a scandalous “Rotterdam+” form was launched, coal arrived from the city of the same name in the volume of 80 thousand tons. The imported anthracite was intended for the Krivoy Rog TPP, which also belongs to DTEK and operates, among other things, on coal of this type.

According to the Minister of Energy and Coal Mining, Ihor Nasalik, words, in Ukraine, 4 power units of the Zmiivska and Tripolska TPPs were switched from anthracite coal to gas, as well as 7,8,9 units of the Pridneprovska TPP. The program of switching power units to the “G” type began in 2016 and continues until today. 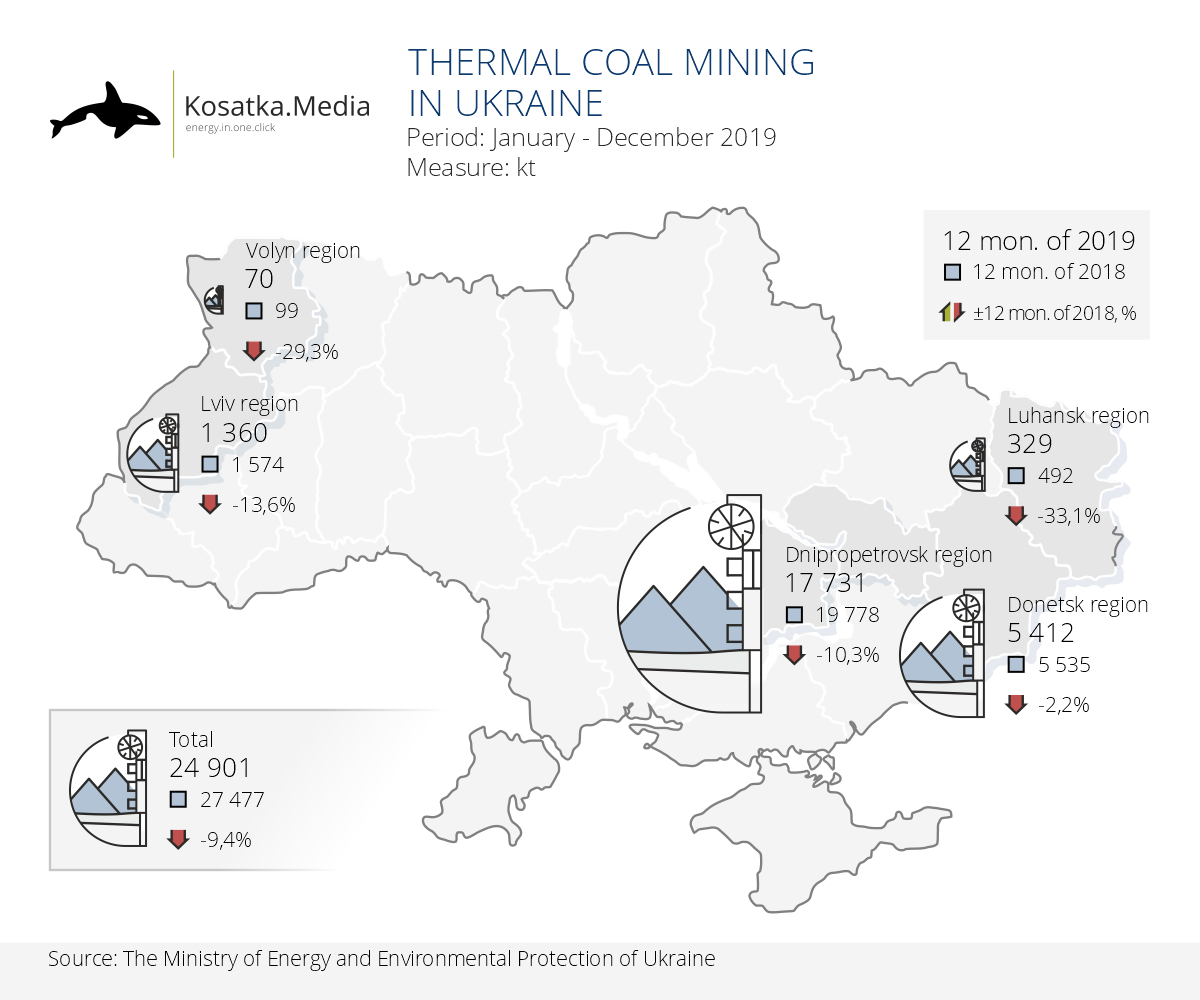