Before Donald Trump was elected as the President, one of his campaign promises was to make every effort to support industry. However, despite failures to agree on air emissions reduction and climate changes U.S. Energy Information Administration’s (EIA) data shows that during 2 years of Trump’s Presidency 23 400 MW of electricity production capacities from coal was closed. 14 500 MW of capacities was closed in 2018, while during Barak Obama’s Presidency (2009-2012) 14 900 MW in total left the market.

It should be noted that coal generation capacities peak was in 2011, when the US had 317 400 MW of capacities, but total capacity of this generation type has been falling during the next years. 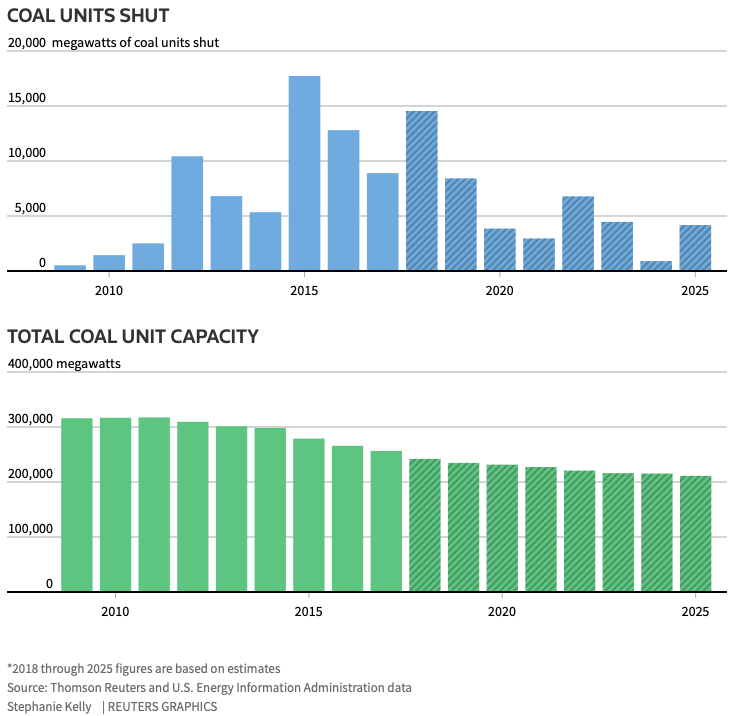