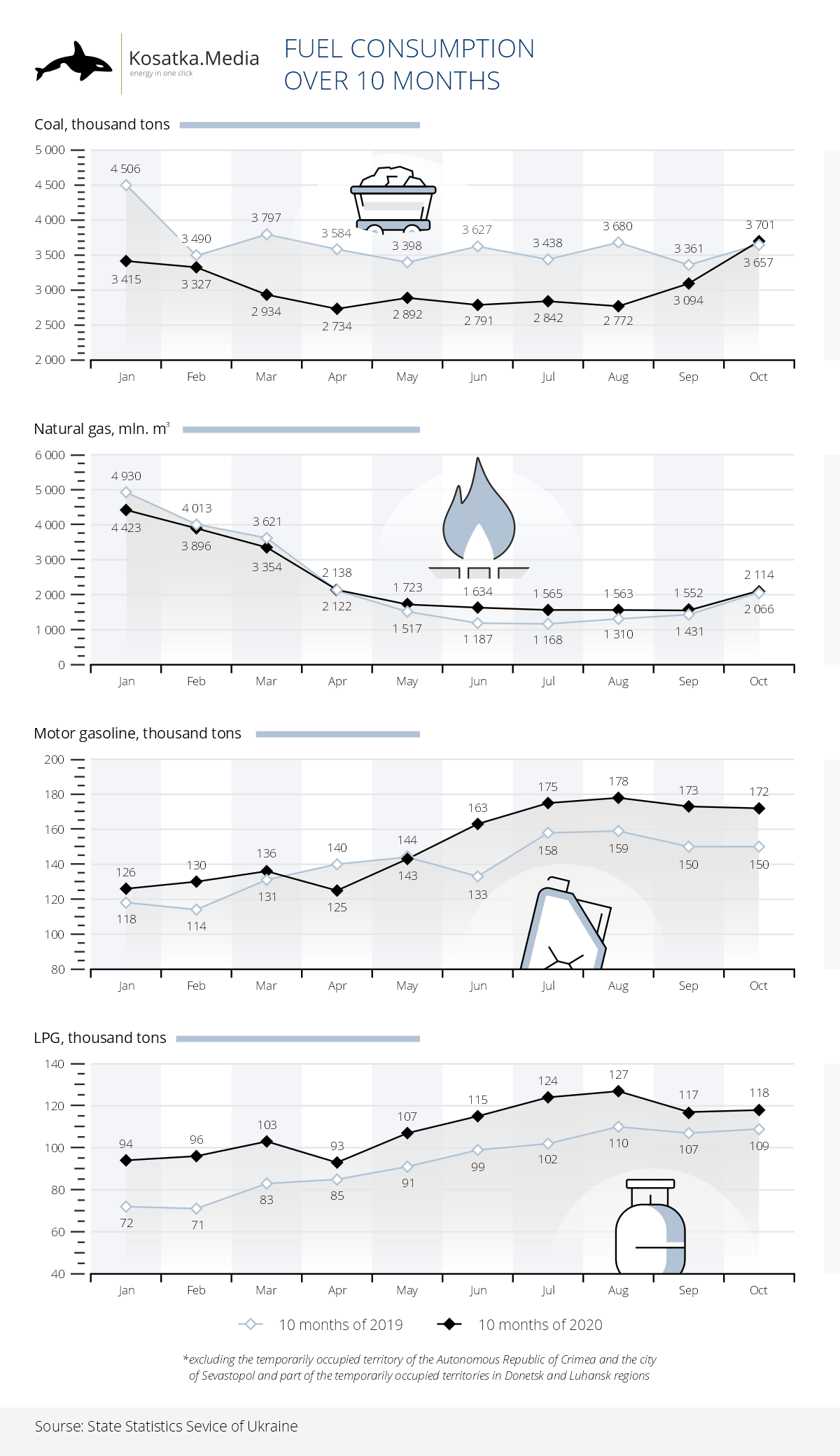 Natural gas consumption declined at the beginning of this year, from January to April, compared to last year. Since May, we began to burn 100-400 million cubic meters more gas per month compared to the same months in 2019.

And motor gasoline and liquefied propane and butane were consumed in 2020 almost monthly more than last year. The exception is gasoline in April and May 2020, when the consumption of this type of fuel was less than in the previous year (this is probably due to a decrease in demand due to quarantine).

Meanwhile, the monthly consumption of liquefied propane and butane is 10-20 thousand tons more monthly in 2020 than in 2019.

Recall that in 2019 in Ukraine, the reserves of almost all types of fuel decreased, except for coal.