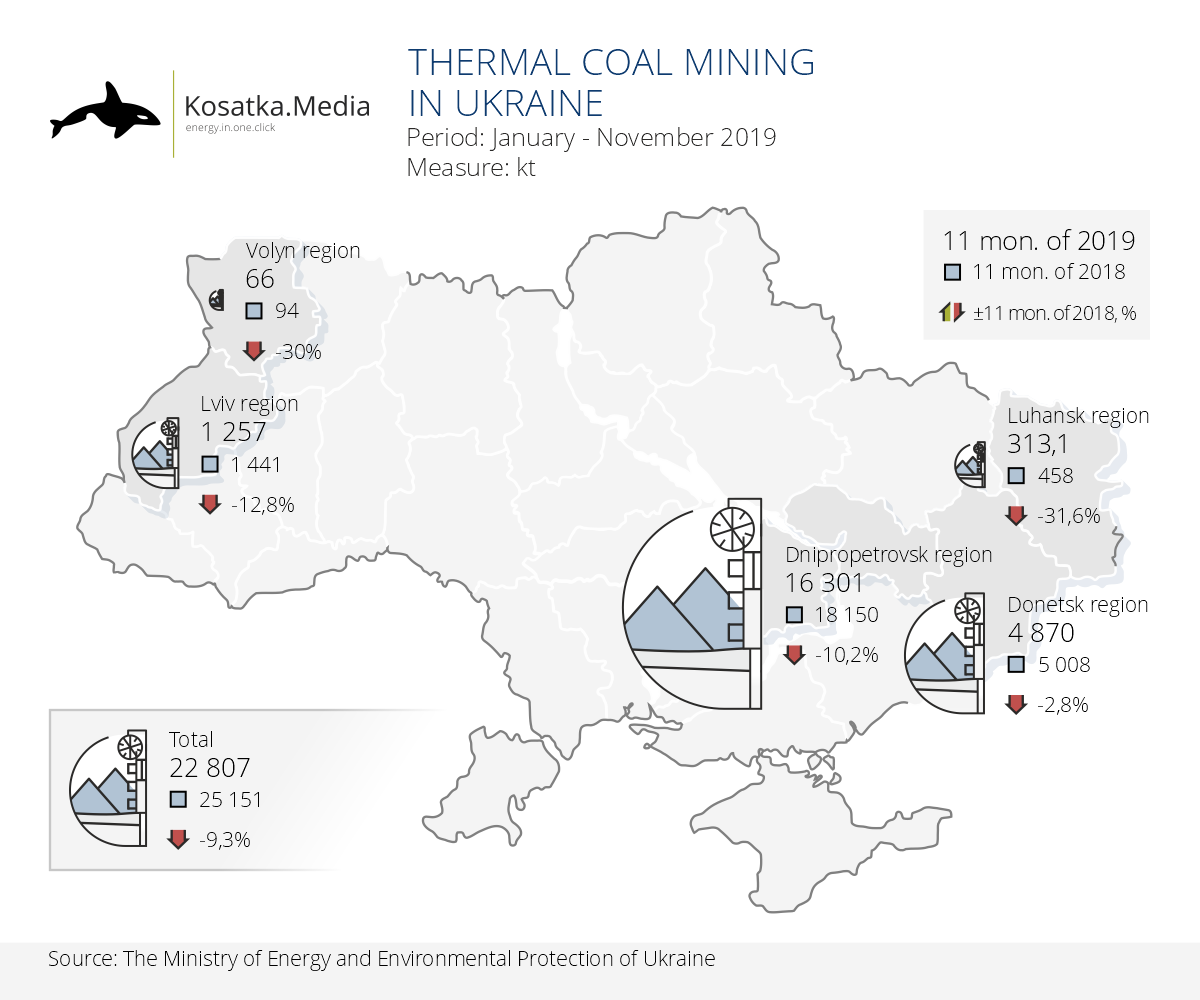 The rate of decline in production slowed in November, as in January-October the decrease in coal production amounted to 9.9% compared to the same period last year. The vast majority of state-owned mines remain unprofitable, despite the high level of thermal coal prices set by the National Energy and Utilities Regulatory Commission for thermal generation at international quotations of the European market.

As of mid-December, the government's debt to the miners of state mines for the payment of wages amounted to UAH 1.1 billion after the Cabinet of Ministers allocated UAH 313 million to pay off existing debts. Many experts and participants in the energy market believe that the government should continue a long-term program to gradually reduce subsidies for unprofitable state-owned coal mining enterprises with the prospect of decommissioning them.

The main thing is that the process should be predictable, consistent and gradual in the long run with the maximum involvement of the dismissed specialists in other sectors of the economy and the creation of conditions for the retraining of personnel. Thus, according to available information, new young employees are recruiting less and less for state-owned mines, instead providing the opportunity for miners working for them to refine them to the end of their working experience.

Meanwhile, the planned figure, formed by the Ministry of Energy and Environmental Protection, for the period January-November of this year amounted to 26,254 thousand tons. Thus, the implementation of the ministerial plan by all coal-mining enterprises of Ukraine last month totaled 86.9%. At the same time, in November 2019, thermal coal production amounted to almost 2,200 thousand tons, which is 7.3% less than in November 2018. At the same time, in October 2019, total coal production was 8.1% lower than in October 2018.

Dynamics of thermal coal production (in total by private and state enterprises) in 2019:

The leader in coal mining is Dnipropetrovsk region, where DTEK Pavlogradvuhillya for the 11 months of this year produced 16,301 thousand tons of coal (90.2% of the plan), which is used in the energy sector.