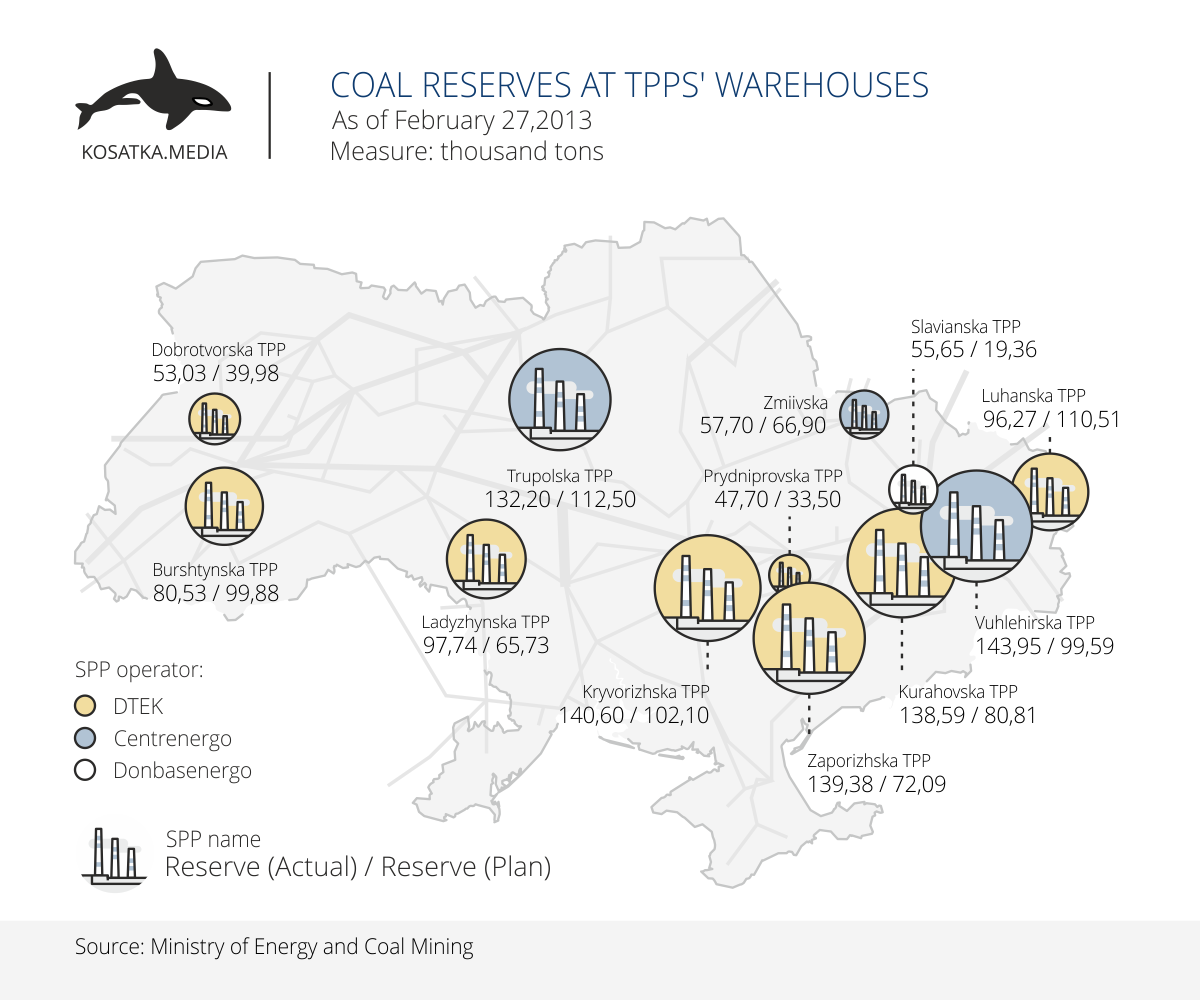 As of February 27, 2019, warehouses of TPPs were filled with 1,184.4 thousand tons (274.2 thousand tons less compared to the same date in 2018). At the same time, according to the coal reserves standards established by the Ministry of Energy and Coal Mining, 902.8 thousand tons of coal should be stored in the warehouses of TPPs by the end of February. Thus, the general rate of accumulation is observed and exceeded, but at individual TPPs, such as Tripolska, Luhanska, Zmiivska and Kryvorizhska, the absence of the necessary amount of coal in warehouses could be observed.

Herewith, there are no anthracite coal fields in Belarus. However, the Minister of Energy of Ukraine Ihor Nasalik notes that “It may be re-export from Russia, but one thing I can say for sure, it is (the ed. “it” is coal) not from ORDLO”.