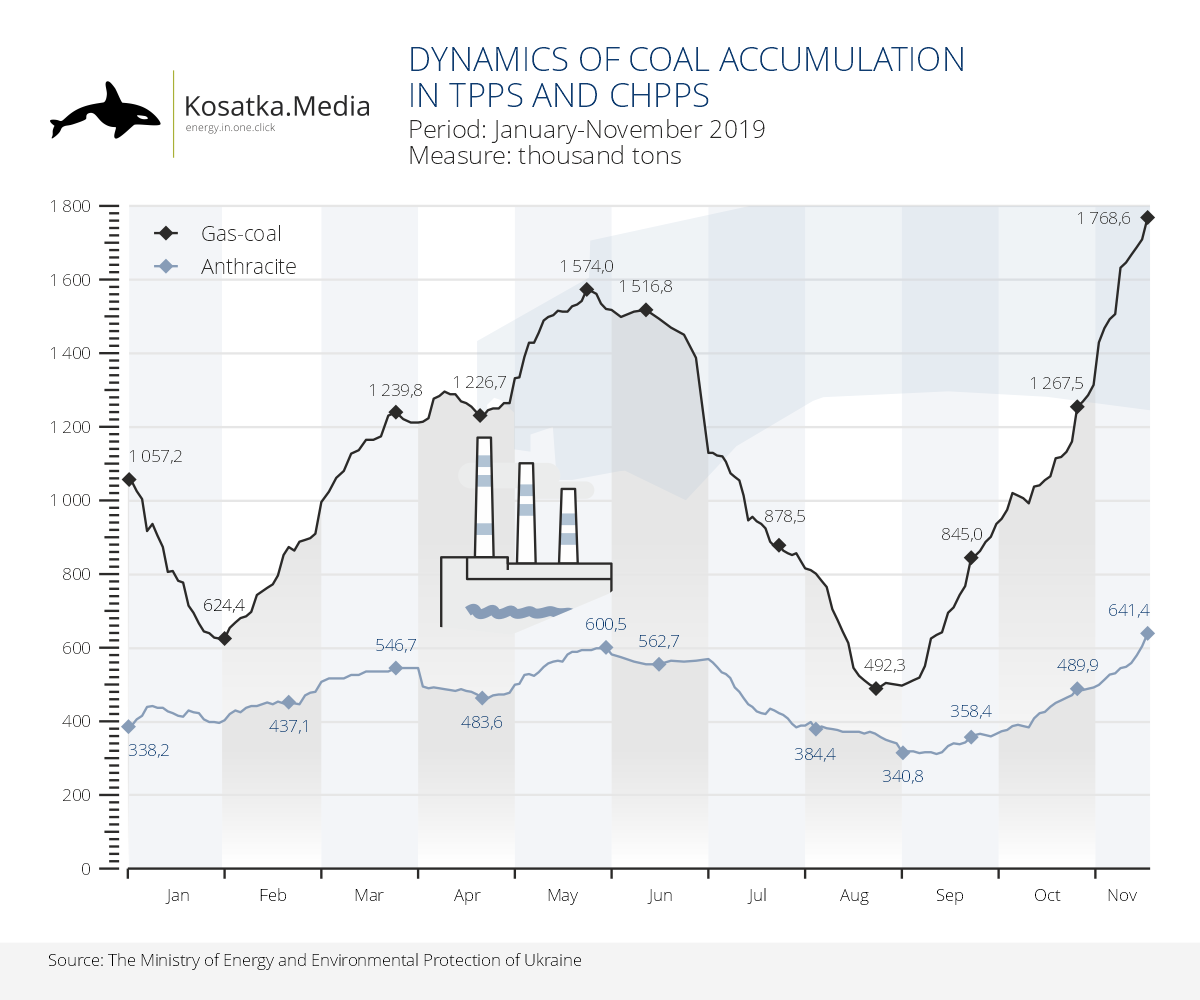 Stocks of thermal coal in the warehouses of thermal generating enterprises increased significantly from mid-September to mid-November, despite many concerns of the public and experts. So, the total reserves of anthracite and gas coal in the warehouses of Ukrainian TPPs and CHPs as of November 18 increased by 122.5% compared to September 18, up to 2410 thousand tons. Anthracite (grade A + P) makes up 641.4 thousand tons of this volume, the reserves of which increased by 89.4% over two months compared to September 18. At the same time, gas coal reserves (G + D grades) increased 2.4 times in two months, to 1768 thousand tons.

It should be noted that the maximum possible load volumes at the TPPs and CHPs warehouses are 5573 thousand tons. It follows that now their occupancy rate is 43.2%.

Interestingly, TPPs and CHPs began to increase daily coal reserves of various grades, starting in September. At the same time, the current level of coal reserves is the highest since the beginning of the year. The previous maximum of coal reserves was recorded on May 27 – 2169 thousand tons (38.9% of the maximum storage capacity). From that moment, coal volumes rapidly decreased and began to increase only with the approach of the heating season.

Consequently, in the context of the generating capacity of thermal power plants from September 18 to November 18, the volume of coal accumulation changed as follows:

Compared to the end of November 2018, coal reserves increased by 37.4%, while 1754.5 thousand tons of thermal coal were stored in warehouses.