NPC Ukrenergo reports that the situation with coal stocks in warehouses on the eve of the heating season is only getting worse.

Thus, the share of TPPs in covering the load last week increased to 28%. 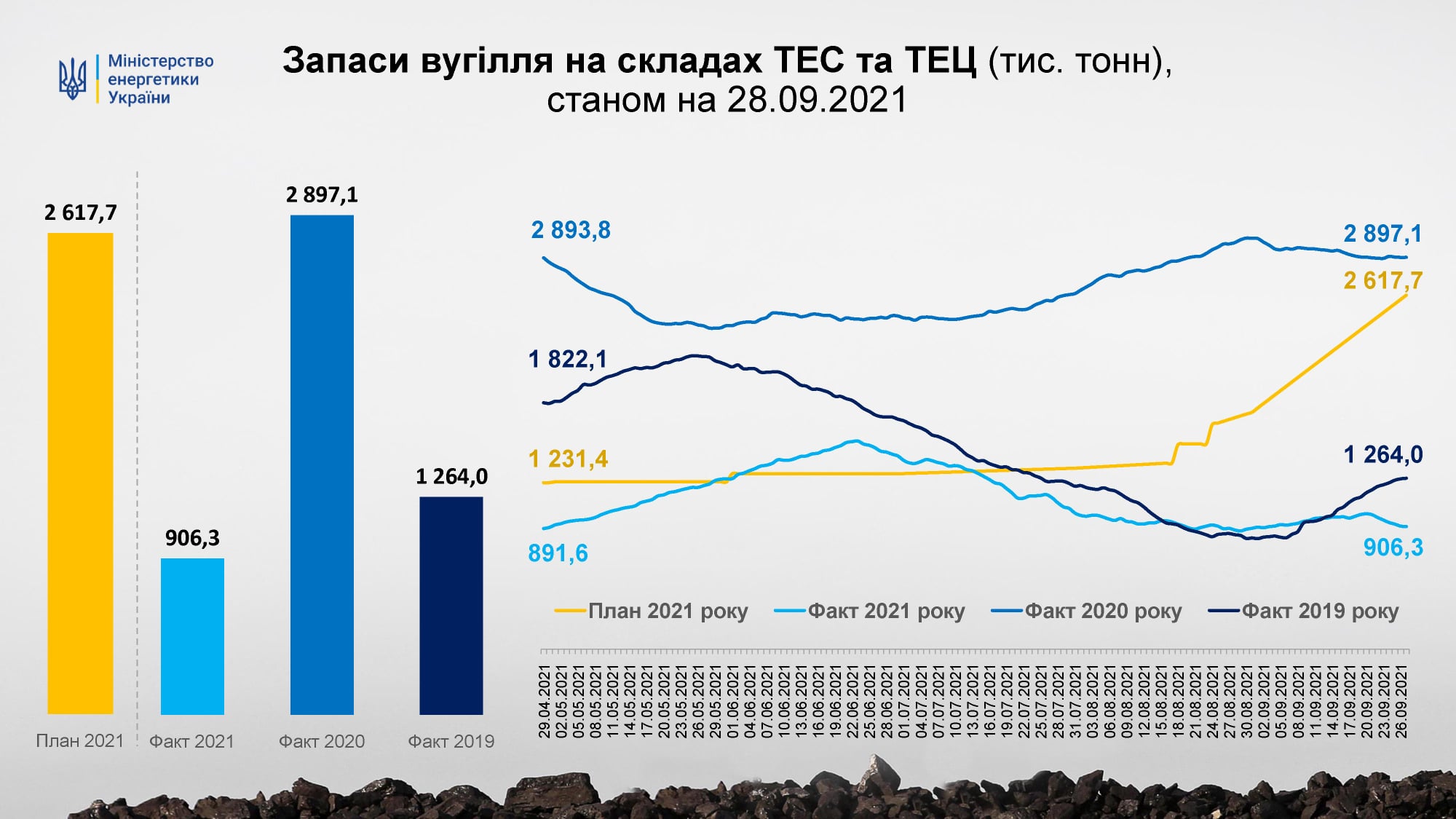 Besides, in accordance with the fuel accumulation schedule approved by the Ministry of Energy, there is 3.1 times less coal in the TPP warehouses than it should be on September 27.

To recap, the Ministry of Energy reported that Ukrzaliznytsia does not fulfil its obligations to transport coal.

As reported, DTEK had agreed on an additional supply of coal from the United States.