The Minister of Energy says that coal may be re-exported from Russia, but certainly not from ORDLO (separate districts of Donetsk and Luhansk regions). Coal, which Ukraine imported from Belarus in 2018, was not mined in the occupied territories of Donetsk and Lugansk regions. The Minister of Energy and Coal Mining of Ukraine Igor Nasalik announced it to UNIAN.

“It may be re-exported from Russia, but one thing is certain it is not from ORDLO. At the time, we had a closed meeting where the Ministry and thermal generation gathered. It was said that if someone buys this type of coal, and it is very easy to establish from which mine it is, there will be a strike not only of the Ministry but of everybody, including generating companies”, said Nasalik.

Earlier, the Belarusian “Radio Liberty” published an article stating that in 2018, Ukraine increased imports of anthracite coal from Belarus, which is not mined in this country, almost a thousand times. 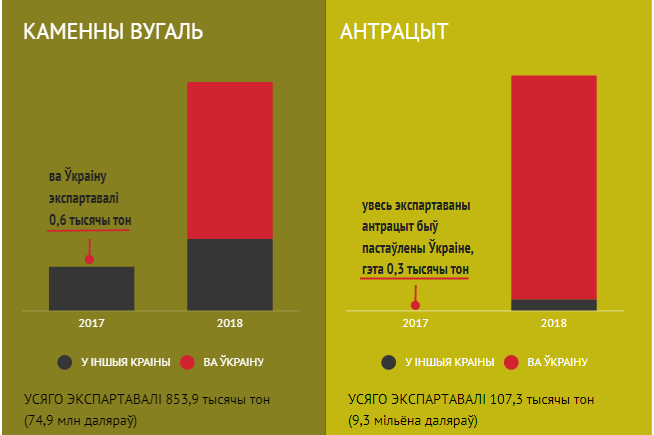 It supposed that the coal, which Ukraine imported from Belarus, was mined in the occupied territories of Donetsk and Luhansk regions.

Tags: coal mining, The Minystry of Energy and Coal Mining