The Ministry of Energy and Environmental Protection reported that on March 4, 2020, UAH 654,248.0 thousand was allocated to coal mining enterprises, which will be spent on remuneration and making mandatory payments related to the payment of wages for February of the current year – UAH 108,387.0 thousand and repayment of wage arrears for December 2019 – UAH 122 275.1 thousand and for January 2020 – UAH 423 585.9 thousand, including for enterprises: 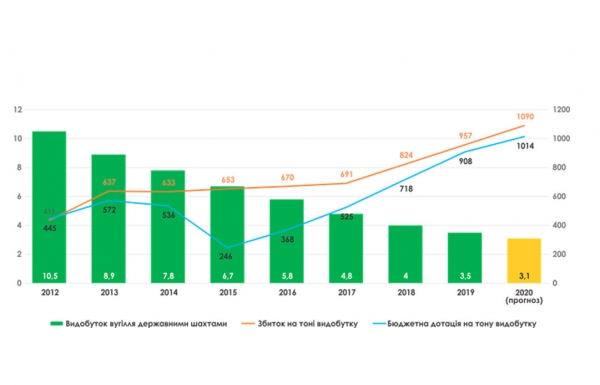 It is noted that according to the forecasts of the International Renewable Energy Agency (IRENA), the share of coal in final world energy consumption by 2050 have to be reduced by three times from the level of 2015 due to an increase in the consumption of renewable energy sources and the replacement of coal with electricity.

To recap, the Minister of Energy and Environmental Protection of Ukraine Oleksiy Orzhel said that the government was preparing a large-scale program for the professional reorientation of miners as part of the transformation of the coal industry in Ukraine. The World Bank and the European Commission will support Ukraine in the restructuring of the coal industry.

Earlier it was reported that Spain would close the last coal station in 2027.