NPC Ukrenergo reports that the situation with the accumulation of coal is getting worse. Coal stocks in TPP warehouses are extremely low.

At the same time, compared to the beginning of autumn (September 1), coal stocks in TPP warehouses decreased by 21%, including gas coal stocks – by 8.9%. 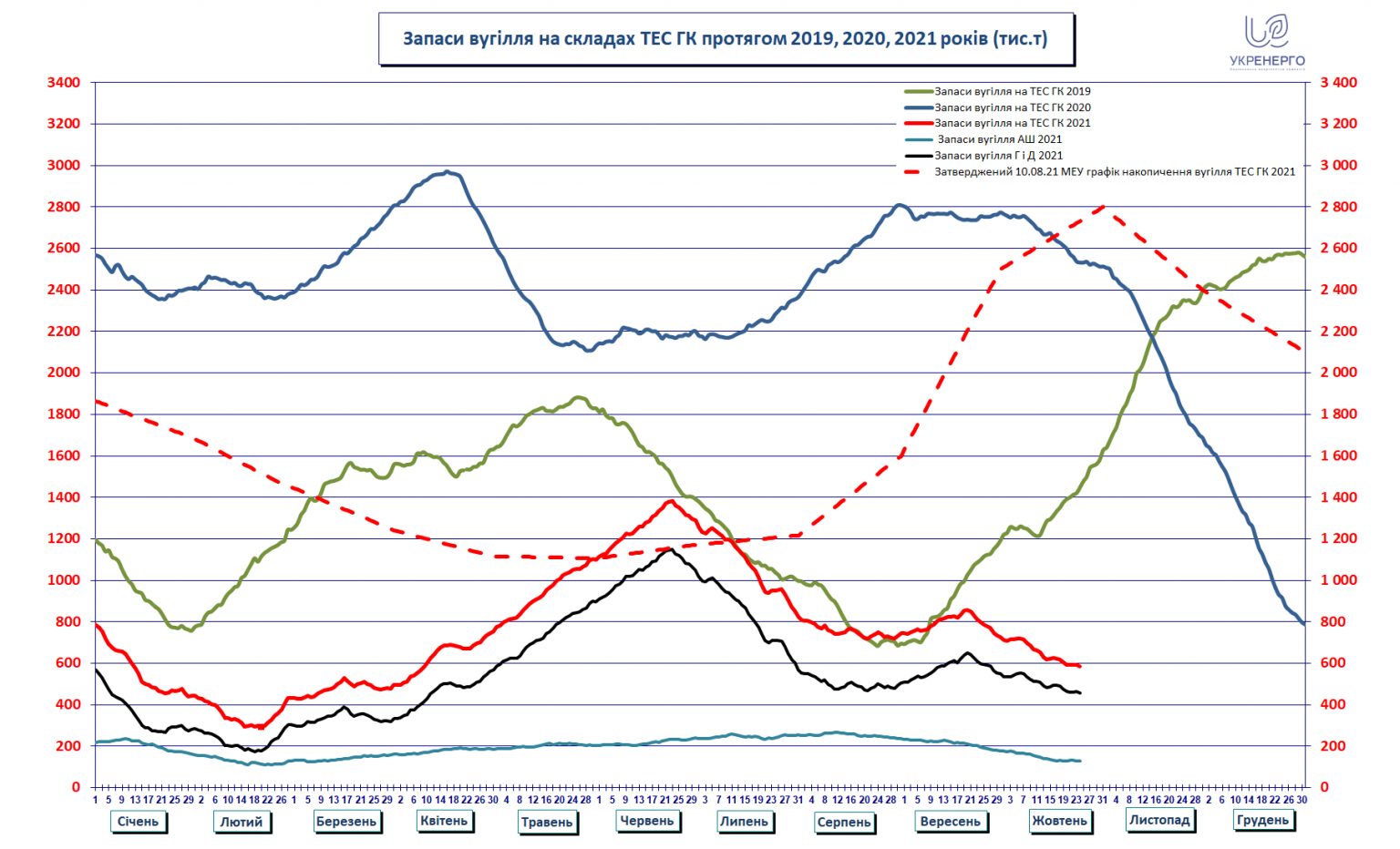 The average daily volumes of coal supplies over the past 10 days amounted to 56.4 thousand tons, while consumption (combustion) – 61.4 thousand tons.

Besides, according to the fuel accumulation schedule approved by the Ministry of Energy, there is 4.7 times less coal in the TPP warehouses than it should be on October 25 (2732 thousand tons).

To recap, DTEK ordered another batch of coal from the United States.

Belarus to cover damage from sanctions with cheap Russian gas

Ukrenergo revamps overhead line, which is to connect UESU with ENTSO-E