NPC Ukrenergo reported that last week the production of thermal power plants decreased by 1% (to 762.2 million kWh). The share of TPPs in covering the load was 26%. 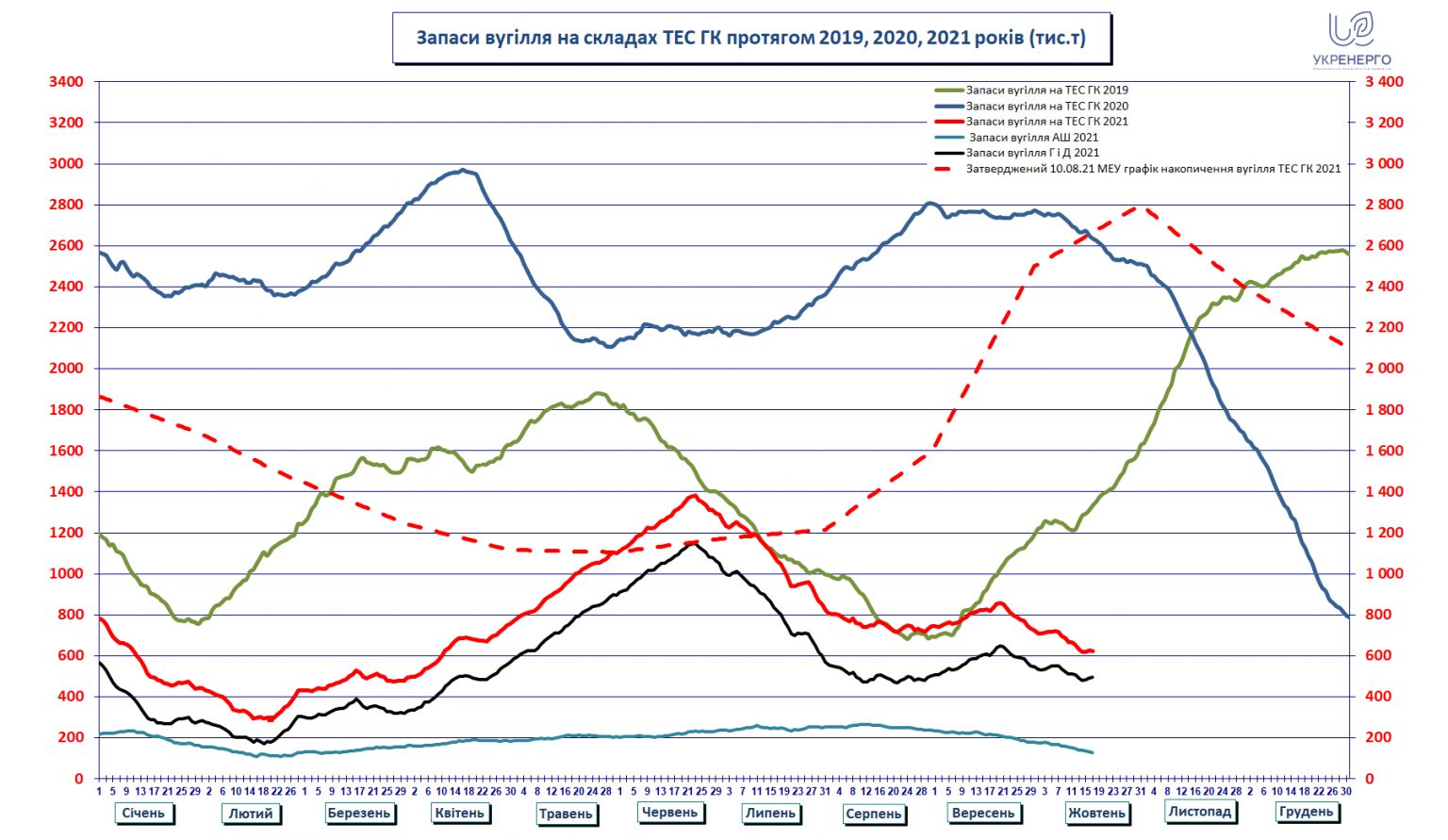 The average daily volumes of coal supplies over the past 10 days amounted to 52.5 thousand tons, while consumption (combustion) - 62.4 thousand tons.

In addition, following the fuel accumulation schedule approved by the Ministry of Energy, there is 4.3 times less coal in the TPP warehouses than it should be on October 18.

As a reminder, DTEK announced what it will do in the coal regions after the transformation.

Earlier, the Cabinet approved the transformation of coal regions.

Two incidents occurred at Burshtyn TPP in one night

Moldovagaz transferred a debt to Gazprom for the supplied gas