NPC Ukrenergo reported that the production of TPPs last week increased by 5.1% (to 770.2 million kWh). The reason for this is the growth in electricity consumption (+ 3.2%).

The share of TPPs in covering the load, as compared to the previous week, increased from 25% to 26%. 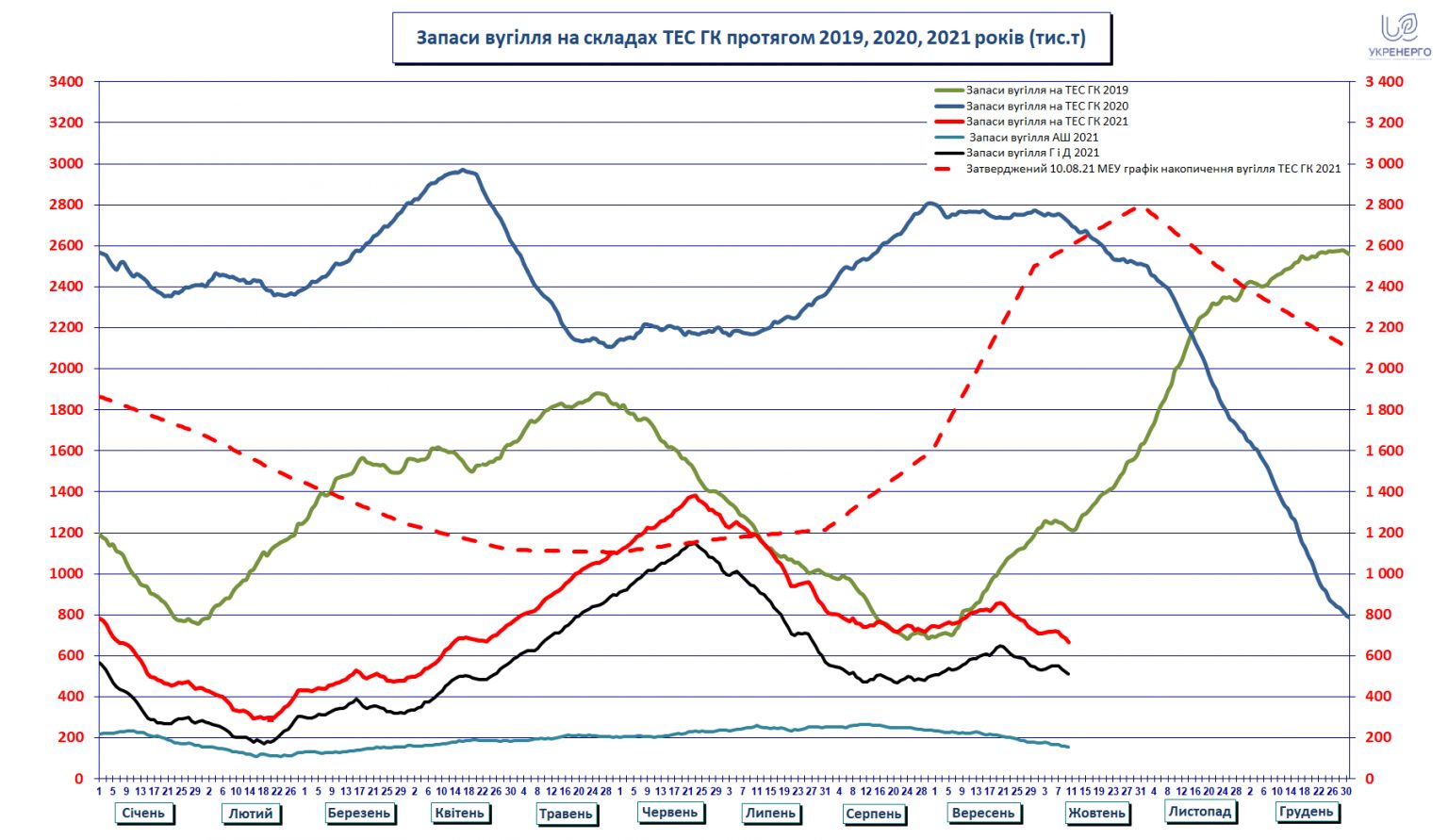 At the same time, compared to September 1, coal reserves in TPP warehouses decreased by 9.7%, while gas coal reserves, on the contrary, increased by 2.4%.

The average daily volumes of coal supplies over the past 10 days amounted to 56.5 thousand tons, while consumption (combustion) - 61.6 thousand tons.

In addition, in accordance with the fuel accumulation schedule approved by the Ministry of Energy, there is 3.9 times less coal in the TPP warehouses than it should be on October 11.

As a reminder, Centrenergo assured there would be no problems with coal in the heating season.