According to NPC Ukrenergo, as of 09:28 am, December 21, 19 power units are not working in the Ukrainian energy system due to lack of fuel, Kosatka.Media reports. 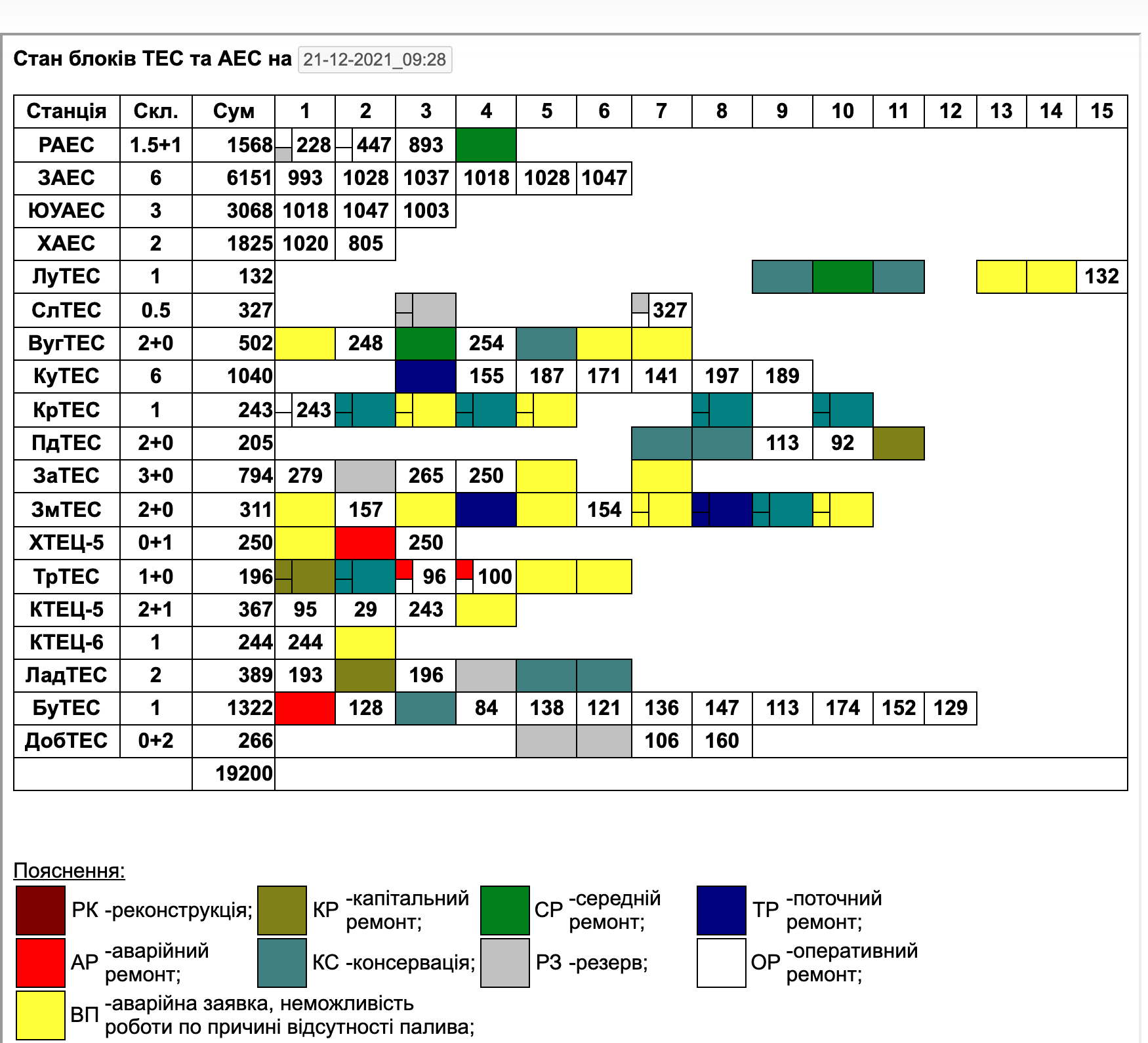 The Security Service of Ukraine fears that a shortage of coal may complicate the situation in the country.

According to the SSU, the lack of coal may lead to "a possible uncontrolled increase in electricity and heat tariffs for end consumers."

"Problems with heat supply can lead to emergencies, an increase in social tension among the population and discrediting the authorities," the SSU said.

To recap, Poroshenko is suspected of treason due to the supply of coal from the occupied territories.

Earlier, the Ministry of Energy said that only Lugansk TPP could replace coal with gas.