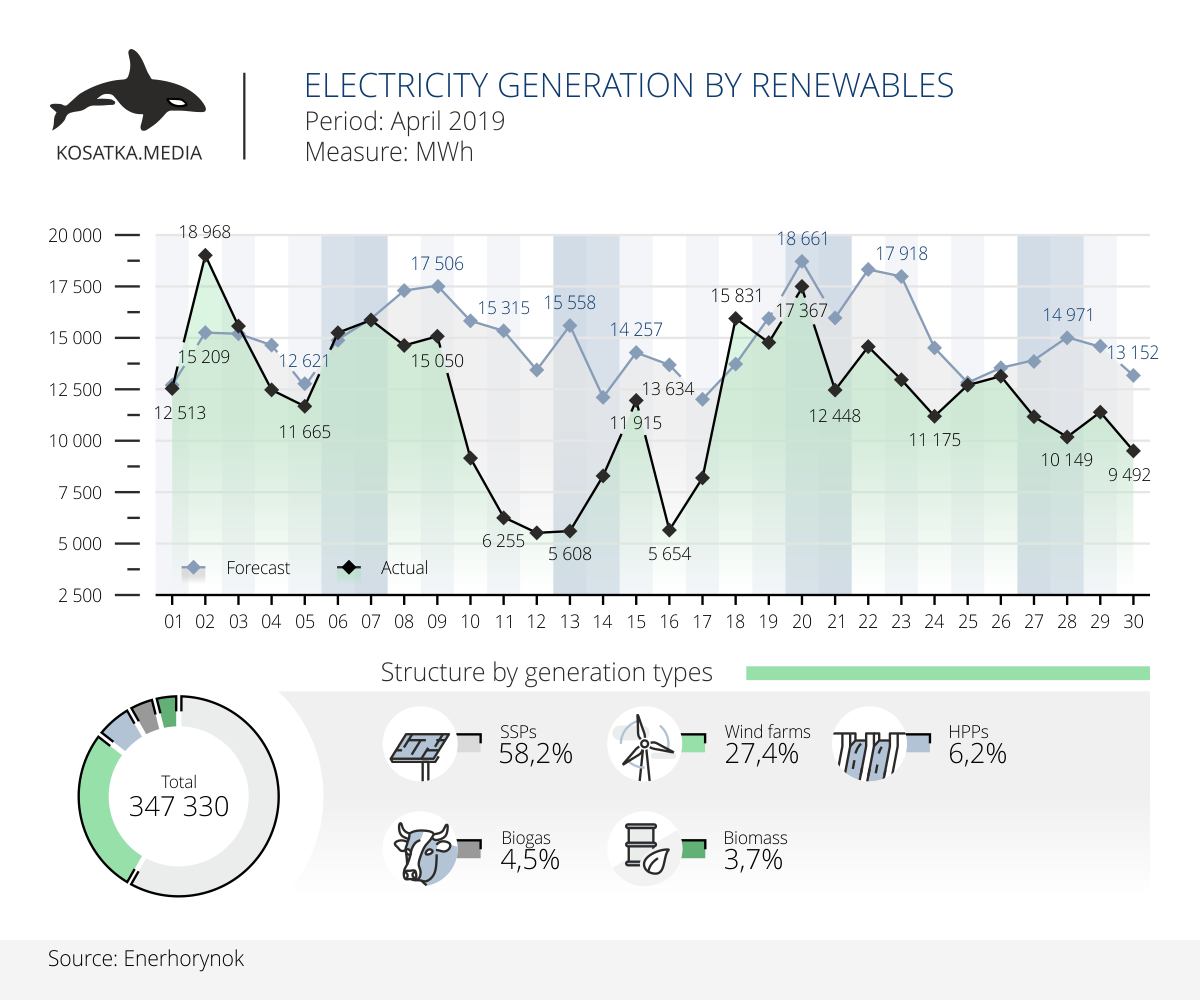 It should be noted that only 4 days of last month renewables produced electricity according to planned indicators or exceeded them.

Also, on April 26, the Verkhovna Rada of Ukraine adopted the draft law which provides for launching of “green” auctions from July 1, 2019 till December 31, 2029. Instead of “green” tariff, quotas for the construction of renewable capacities will be established for which market participants who want to build an object will compete and propose electricity price which is suitable for them.

Auctions will be mandatory for wind farms with capacity of 5 MW and more, and for solar – from 1 MW. Objects with lower capacity will receive a “green” tariff, which decreases for solar farms by 25%, for wind farms – by 15%.