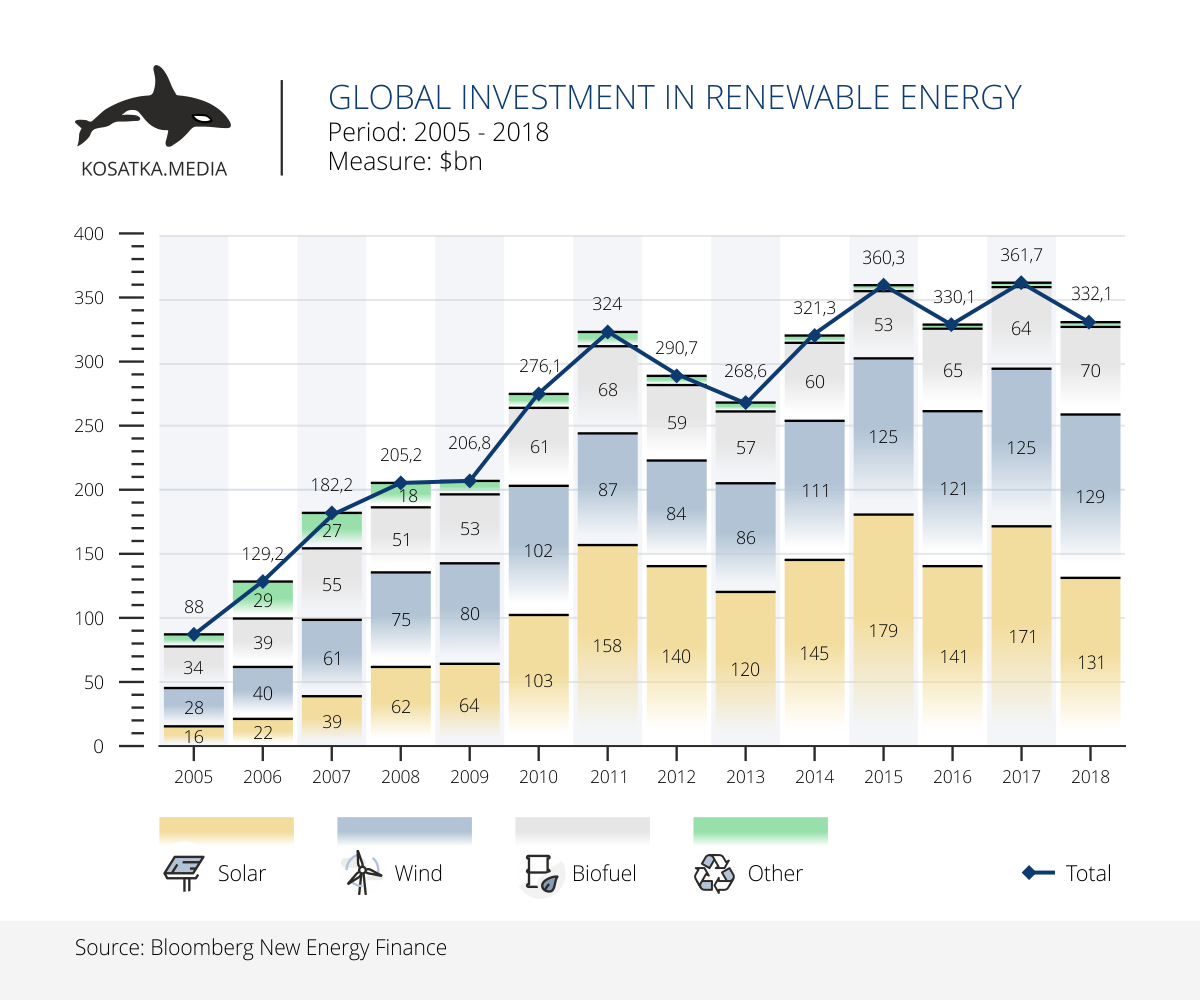 By sectors, investors have preferred solar energy projects since 2010, which means that the amount of funds for SPPs exceeded the funding of wind farms. However, investment volume in solar energy decreased by 24% (to $131 billion). At the same time, when investment in SPPs decreased, investment volumes in offshore wind farms increased by 14% compared to 2017 (to $25.7). As a result, in 2018, the amount of investment is virtually the same: $129 billion for wind farms and $131 billion for SPPs. Another $70 billion was invested in projects that will work on biofuels.